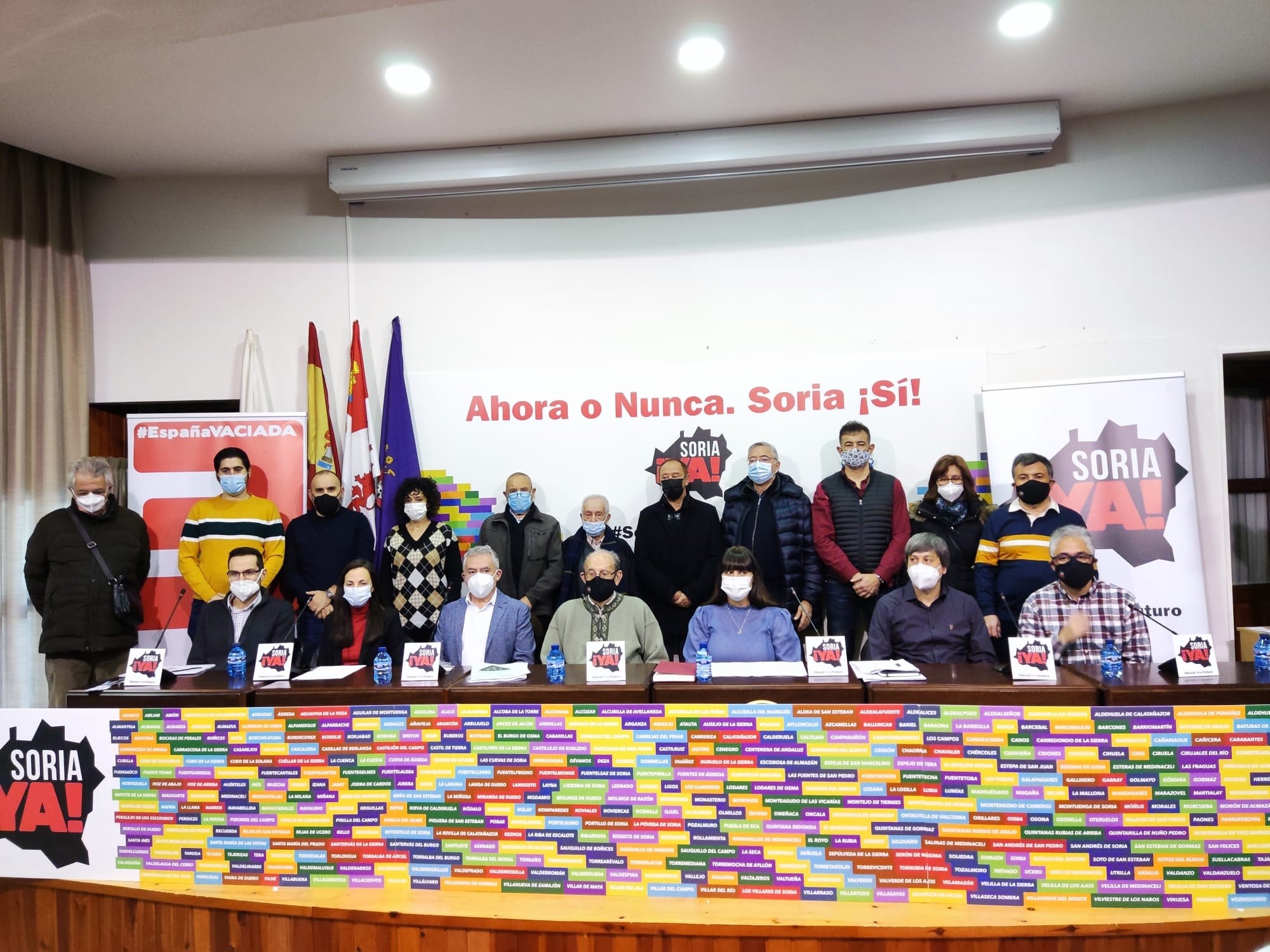 Time is short and the candidates to represent Spain Empty in the early elections of Castilla y León rush to formalize what they have been defending for years as social groups. The announcement of the president, Alfonso Fernández Mañueco (PP), did not surprise Soria ¡Ya !, which had defined its structure in advance, but did surprise other groups that were weighing the political leap and now have to hurry. This Wednesday a first term expires: that day they must designate a “general representative before the electoral administration”; and two days later, on Friday, the provincial candidates will have to be elected. This week, therefore, it is decided which new parties, and in what way, will go to the elections in one of the communities with the most depopulation problems.

The objective is to appear in the nine provinces, according to sources in Spain Vaciada, but there will not be a single candidacy with that name that will appear in all, but different parties in each one. For now they have taken the step in Soria, Burgos, Palencia and Salamanca, and are about to do so in León and Zamora. Segovia has affirmed this Tuesday that for now it will not do so.

The formations balance structures, prepare candidates and look for firms to consolidate their projects while still looking at the clock. Nieves Trigueros from Palencia answers the phone call with an agitated voice. “We are doing an accelerated master’s degree in politics, what a horror,” sighs the member of Palencia Meseta Limpia.

The depopulation groups located in that province, Trigueros confirms, have decided to present a ballot on February 13. The format, as a political party and not as the group of voters created by the Sorianos, requires only 0.01% of the signatures of the census, 170 names that they hope to harvest without problem. “The name is still debated, we are probably Spain Vaciada Palencia,” explains Trigueros. They will have to designate 10 members for the candidacy: one for each attorney at stake in the province and three alternates. “The lists are already well advanced,” he says.

The national coordinator of Spain Vaciada, Toño Saz, emphasizes that the objective is to present a candidacy in all the provinces before the 31st, and thus gain margin until January 17, when, if there is a problem with the constitution of lists, a candidacy could drop out. The objective in this first race, he points out, is to have “the number and clothing ready until the last day and already before the gun to certify whether to start.” There will not be a global party or candidacy with the name Empty Spain that includes all provincialist movements, but each one has “independence and autonomy” to assess whether to dare and under what format or name.

This step forward was taken last week by Burgos Enraiza, who will also attend, something that its member Salomón Ortega appreciates as “an opportunity to change the sign of a conservative land.” Ortega makes an “appeal” to anyone who wants to volunteer to set up the lists, with 14 people needed (11 potential parliamentarians and three reserves). “Without time and without infrastructure it is more difficult,” laments the Burgos, annoyed with the PP’s strategy of advancing elections and harming them.

The machinery screeches at full capacity also in Zamora, where the entities due to depopulation continue to debate. Chema Mezquita, teacher and member of the Zamora Rural Coordinator, snorts: “The parties are a maelstrom.” Sergio Díez, from León Ruge, assures that the project in his province continues to be worked on: “We have set the limit on the 29th to put pressure on ourselves,” he says. Díez appreciates a “great opportunity” in the February 13 elections, but he does not want precipitation that frustrates the objective of being seen in the national elections scheduled for 2023, the great objective of Spain Vaciada. “There are many things to agree, major words with unaccustomed people,” he adds.

The rise of Empty Spain and the visibility it has acquired in recent months has meant that formations with a provincialist path or that emerged now but outside the platform have also announced their electoral participation under similar slogans. This is how Palencia Existe has acted, which announced this Monday that it will attend. Nieves Trigueros from Palencia does not hide her misgivings about this movement and insists that they do not belong to the platform or share a strategy. Something similar happens with Now Decide, an entity in Zamora made up of former socialist politicians who have already participated in previous local or regional elections. Mezquita understands its right to intervene, but makes an appeal on the campaign messages: “I ask for honesty and not to be confused.”

The precedent of local groups with electoral baggage

The appearance of Emptied Spain on the electoral scene affects both the large parties and other local groups that have long claimed improvements for their territories but without the marked imprint of depopulation. For Ávila, a split from the PP created in 2019, is an example of a local group that has already achieved specific weight on the Castilian-Leonese political map: it governs in the provincial capital, it achieved 9.6% of the votes two ago years and has a seat in the Autonomous Courts (essential to approve the Budgets).
The polls also give good expectations to Unión del Pueblo Leonés (UPL), which obtained 10% of votes and one seat in 2019, with the program to untie León from Castilla. In Soria, the announcement of Soria ¡Ya! Presenting itself to the elections has caused a group from Soria with similar slogans, the Platform of the Soriano People – which obtained 8% of the vote but did not win a seat – probably resign, according to its president, José Antonio Miguel: “Soria ¡Ya! it will occupy our electoral space. I hope they get a good result ”, he says.