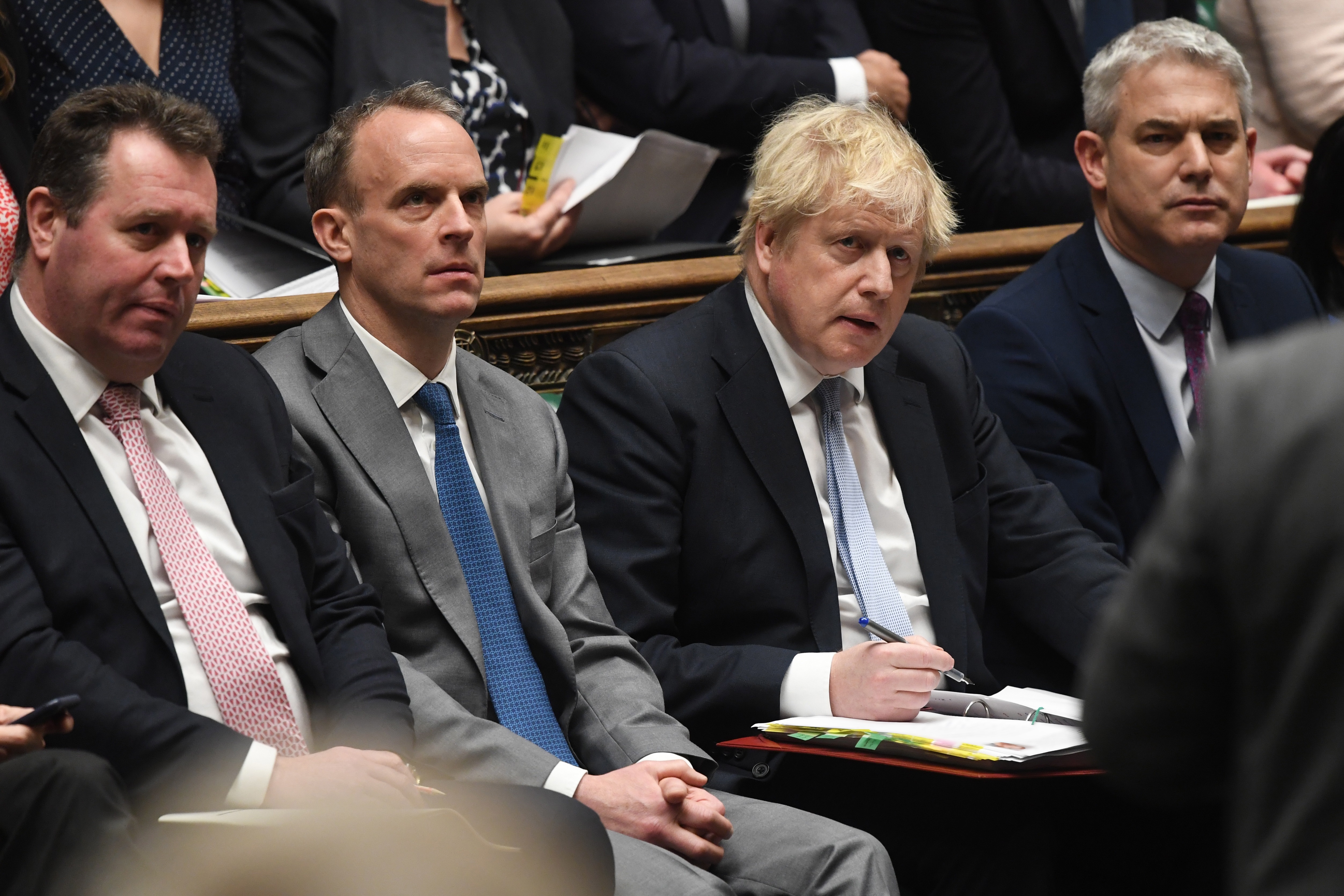 It has become almost a matter of pure statistics. If the London Metropolitan Police (New Scotland Yard, as it is known by the address of its headquarters) has more than 300 photos of the alleged parties in Downing Street during the lockdown, and this is the building where Johnson lives and works (and where he hardly left during those months) , the chances that the British prime minister will appear in one of them are considerable. And the will of the conservative politician to try to leave behind this nightmare that has seriously jeopardized his career is constantly going to hit a wall. the tabloid DailyMirror released an image, apparently captured by a mobile phone, of another party at Johnson’s Cabinet office on Wednesday.

The photograph is from December 15, 2020. An employee is sitting in front of the work table, on which there is a speaker that allows multi-conference calls. There is also a bottle of prosecco (Italian sparkling wine) open. And a bag of chips. The clerk is Stuart Glassborow, Johnson’s deputy private secretary, and he wears a tinsel necklace. Behind him, Johnson himself appears to be placing something on the lapel of his jacket. And a little further back, he sees another person wearing a Santa hat.

That day, some Downing Street workers had organized a quiz show (a virtual question and answer contest). Several teams of up to six people had spread out in front of the computers in the different offices of the building to participate. At the time, London was in Level Two of social restrictions due to the pandemic: indoor gatherings of members of different households prohibited; limit six people outdoors; I work from home whenever possible.

The party-quiz, which included alcohol and food and lasted until almost 10 p.m. (participants were suggested by mail to leave through the back door of Downing Street) was included among the 16 events investigated by Sue Gray, the permanent deputy secretary of the Cabinet Office in charge of preparing the report on prohibited parties. But in the preliminary document that she presented a week ago, she indicated that Scotland Yard had found no evidence, neither in the March 15 meeting nor in the other three analyzed, to open its own police investigation. Yes it did, however, with the other 12 parties.

Johnson has clung to that fact during his appearance in the control session of the House of Commons to try to downplay the question posed by the Labor deputy Fabian Hamilton: “In the last few minutes, another photo of the prime minister has emerged in Downing Street, surrounded by alcohol, food and people wearing tinsel. It looks like a party. Does the prime minister intend to refer this incident to the police, because he is not among those currently investigating ”, Hamilton launched the rhetorical question of him.

“Your honor is completely wrong,” Johnson replied. Hours later, however, Scotland Yard announced that it was going to “review” its initial decision not to include the party in its investigation. “Officers determined, based on the evidence available at the time, that the event did not exceed the threshold for opening a criminal investigation. That initial assessment has now been put under review,” the Metropolitan Police said in a public statement.

Johnson’s former star adviser and Brexit ideologue Dominic Cummings, who is obsessed with bringing down the prime minister after losing his personal battle with Johnson’s wife, Carrie Symonds, and humiliatingly walked out of Downing Street, was adding fuel to the fire. On his Twitter account, he detracted from the photo of the discord: “There are many better photos circulating out there, including some of the private apartment [la residencia oficial del matrimonio Johnson]Cummings pointed out.

The British prime minister has done a thorough remodeling of his Downing Street team in recent days. He has appointed a new Chief of Staff, a new Director of Communications and a new Chief of Staff. He has also incorporated Eurosceptics from the hard wing of the party, such as Jacob Rees-Mogg or Chris Heaton-Harris, into the government to regain the support of that powerful current within the conservatives. And he has announced the definitive end of the social restrictions due to the pandemic that so irritated the most libertarian wing of the Tories. But the shadow of the forbidden parties is not removed. He won’t even be able to do so until both Gray’s final report (withheld while Scotland Yard investigates) and the police investigations are published in full. Johnson has recommitted this Wednesday in Parliament to release Gray’s document as soon as it is ready. In the meantime, you’ll have to get used to the fact that compromising photos continue to appear.