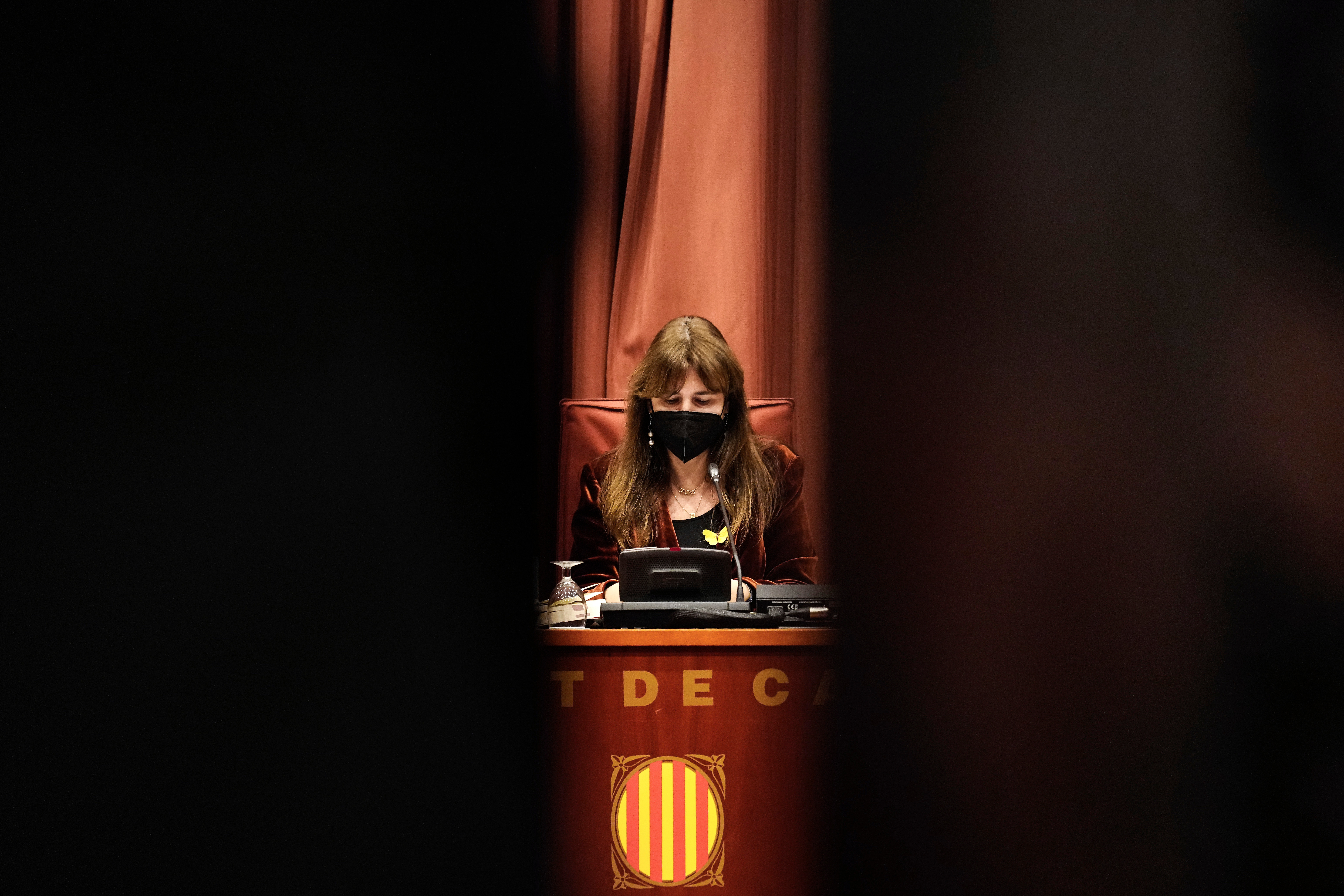 The case of the disqualification of the CUP deputy Pau Juvillà has ended up creating another huge hole in the pro-independence front, mired in disunity. The situation this time has put the president of the Parliament, Laura Borràs, in the trigger, who especially this week has tried to lead a strategy together with ERC and the CUP against the resolution of the Central Electoral Board that demanded the withdrawal of the seat of the anti-capitalist to end up complying in the end. But not only that: ERC, PSC and common demand that he clarify why he has flirted with disobeying, even paralyzing the activity of the chamber -two days-, when the Parliament’s website cites that he had already been discharged as a deputy last day 28.

The revelation of that date generated a cascading reaction of criticism: the day before yesterday a plenary session was held in the Parlament to ratify the opinion of the Statute of the Deputy Commission in defense of Juvillà’s seat and Borràs no longer summoned him or accepted his proxy vote. Junts maintains that the CUP breached the pact of not making that request with the sole objective of leaving her alone and throwing her at the feet of the horses. “The CUP wanted to put it on the edge of the precipice so that it would fall on its own. They wanted to send it to the bin of the penal code”, defended the deputy Jaume Alonso Cuevillas, emulating in part the phrase used by the CUP in the non-investiture of Artur Mas. Possibly, the CUP wanted to show that Borràs did not really want to disobey and wanted to end the game.

But it is here at this point where Esquerra shows his perplexity at not understanding why Juvillà was not summoned to the Plenary that day and was denied the delegate vote in a session that was going to approve precisely an opinion in his defense. And underline this fact. “If someone knew that since 28 he was not a deputy. Why was it not clarified?”, said the Republican Marta Vilalta. And it points to something that has been hidden throughout the week and that David Cid, spokesman for the commons, exposed in the session: a kind of competition between himself Borràs acted differently from how his Roger Torrent did with ex-president Quim Torra, also stripped of his record, which Junts censored so much. “We can say that Borràs has run into the same wall as Torrent. This is not about bravery or dignity, but rather there is a repressive invasion that threatens the sovereignty of the Parliament”, argued Vilalta, who warns saying that only with “the anti-repressive unit” will they succeed. “Without accusing the independentist next door but also without staging, rhetoric or master moves.”

Borràs maintained his silence in public and did not make any statement as his partner and the opposition demanded. In the meeting of the Table, he defended his role, denied knowing that Juvillà was no longer a deputy and alleged that it was the officials who did not summon him to the Plenary. However, the general secretary of the Parlament, Esther Andreu, sent a letter to the table saying that she would comply “by legal imperative” she would not disobey so as not to put the officials at risk. Table sources assure that Borràs knew that letter. And many doubts remain: why did he wield during the plenary session that Juvillà was not allowed to vote due to a conflict of interest if in fact he was no longer a deputy. The dates do not clarify everything either: the Parliament’s website reports that he was discharged on the 28th but the anti-capitalist’s vote was counted on the 2nd in the vote on the commission’s opinion. Yesterday, the Official Gazette of the Parlament published Juvillà’s dismissal, omitting the date of the 28th. Andreu sent a letter to the JEC stating that Juvillà is no longer a deputy.

The situation has disrupted the Borràs plan that sought to create a joint strategy with the ERC and the CUP to stand up to the State. The meetings took place over the weekend. On the one hand, he wanted the anti-capitalist to keep the minutes and for the Government to use the situation to disobey the sentence that establishes that 25% of the classes be taught in Spanish. The consensus never came despite the fact that on Tuesday Junts, ERC and the CUP appeared together in the reading of an institutional declaration and stopped attending parliamentary commissions. The PSC was stunned last night. “We want to do a joint reflection. We feel cheated. If Juvillà was no longer a deputy, what conflict of interest did he have? It was very simple: it was a phrase, it is done, it is fulfilled and we save all the pantomime,” said Deputy Alicia Romero. “It was a farce. The cheating is obvious and we don’t deserve it.”

“I have not said my last word”, warns the president

Laura Borràs, president of the Parliament, decided yesterday not to clear up the cascade of doubts that have surrounded the handling of the case of deputy Pau Juvillà, disqualified for refusing to remove yellow ties from his Lleida councilor’s office during the election campaign general of 2019 to which the CUP did not attend. Asiduous to social networks, Borràs did not clarify the questions and a user transmitted his complaint about why he had complied with the JEC order. “What I want is for them to explain it to me,” he said. “And as you can imagine, I will. I have not said my last word,” said Borràs, reports Efe.
The CUP did not advance what its plans are either: if it will accept the situation and run the list so that the new parliamentarian occupies the seat of Juvillà. From the outset, next week a plenary session is held in which it is not planned to vote on the position of the third secretary of the Bureau. The anti-capitalists already announced on Tuesday that they would propose Deputy Carles Riera to replace the disqualified Deputy at the Table. At the moment, that vote has not been included in the agenda.
Juvillà, who left parliamentary activity on Monday due to a health problem, stated online that the independence movement is obliged to build “anti-repressive unity” even if it is from dissent. “More disqualifications are coming and we need hope and not frustration. Above all, our opponent is the one who disqualifies a president for putting up a banner, the one who accuses the table for allowing a debate or the one who jails for putting up ballot boxes”, he stated before participating in a protest in Lleida.