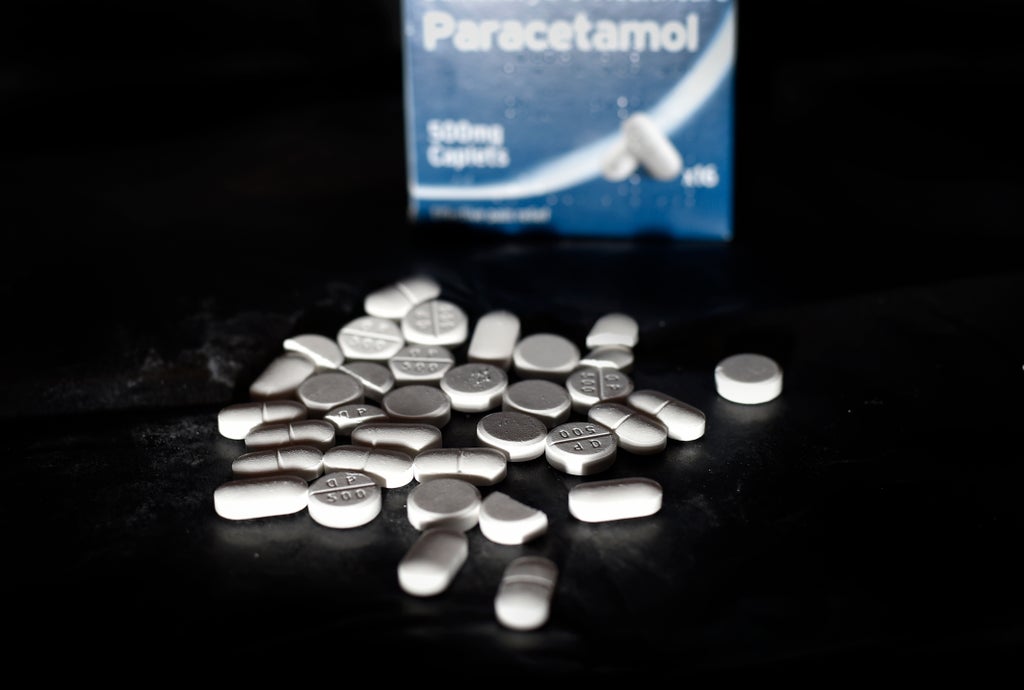 People with high blood pressure who regularly take paracetamol could be at increased risk of heart disease and strokes, a study suggests.

As a result, researchers say patients who have a long-term prescription for the painkiller, usually used for the treatment of chronic pain, should be given the lowest effective dose for the shortest time possible.

According to the scientists, it has been assumed that paracetamol was a completely safe drug to use in patients with the condition.

But their findings indicate the effect on blood pressure is similar to non-steroidal anti-inflammatories (NSAIDs), such as ibuprofen, which are known to increase blood pressure and risk of heart disease, and also used to manage chronic pain.

The increase in blood pressure might be expected to increase the risk of heart disease or stroke by around 20%, the experts say.

They suggest the study should lead to a review of long-term paracetamol prescriptions to patients – particularly those with the condition, or those at particular risk of heart disease or stroke.

Professor James Dear, personal chairman of clinical pharmacology at the University of Edinburgh, said: “This study clearly shows that paracetamol – the world’s most used drug – increases blood pressure, one of the most important risk factors for heart attacks and strokes.

“Doctors and patients together should consider the risks versus the benefits of long-term prescription paracetamol, especially in patients at risk of cardiovascular disease.”

He added: “In summary, we’ve shown that two weeks of treatment with paracetamol increases blood pressure in patients who have hypertension (high blood pressure).”

Lead investigator Dr Iain MacIntyre, consultant in clinical pharmacology and nephrology at NHS Lothian, said: “This is not about short-term use of paracetamol for headaches or fever, which is, of course, fine – but it does indicate a newly discovered risk for people who take it regularly over the longer term, usually for chronic pain.”

The study found that after people stopped taking the drug, their blood pressure returned to what it was at the start of the study, suggesting the drug increased it.

Researchers said they did not have accurate numbers of the people in the UK who are on paracetamol long term and have high blood pressure.

But it is estimated that one in three adults in the UK have high blood pressure increasing with age, while one in 10 people in Scotland – where the research was conducted – take paracetamol regularly, a figure that is likely to be similar elsewhere.

In the study, 110 patients with a history of high blood pressure were prescribed 1g of paracetamol four times a day – a dose routinely prescribed for patients with chronic pain – or a placebo for two weeks each.

According to the experts, the study was set up to see a very small effect on blood pressure, and they were surprised to see a much bigger impact.

Prof Dear suggested the research indicates the findings could affect a large number of people.

The scientists highlight that a limitation of their study was that it did not look at patients who have chronic pain.

But there is no reason to think that patients who are taking paracetamol for treatment of pain would have a different blood pressure response to the patients in the study, they say.

Professor Sir Nilesh Samani, medical director at the British Heart Foundation which funded the study, said: “This research shows how quickly regular use of paracetamol can increase blood pressure in people with hypertension who are already at increased risk of heart attacks and strokes.

“It emphasizes why doctors and patients should regularly review whether there is an ongoing need to take any medication, even something that may seem relatively harmless like paracetamol, and always weigh up the benefits and risks.”

“This new and robust study adds to previous research and suggests regular paracetamol causes blood pressure to quickly increase in people who are already at risk of stroke and heart attacks.

“It’s therefore important that doctors regularly review and weigh up the risks and benefits of prescribing paracetamol.”

Dr Benjamin Ellis, consultant rheumatologist at charity Versus Arthritis, said many people with arthritis and musculoskeletal conditions use paracetamol, or medicines containing paracetamol, to help manage their pain.

He added: “The research demonstrates the need to develop safer medicines to treat pain. It also emphasizes the importance of the health services providing more and better options to managing pain other than medicines.

“This includes ensuring that people are supported to be physically active, receive any mental health support they need, and working with charities like Versus Arthritis to provide peer support. If you are concerned about the risks from pain medicines you should speak with a healthcare professional to explore your options.”