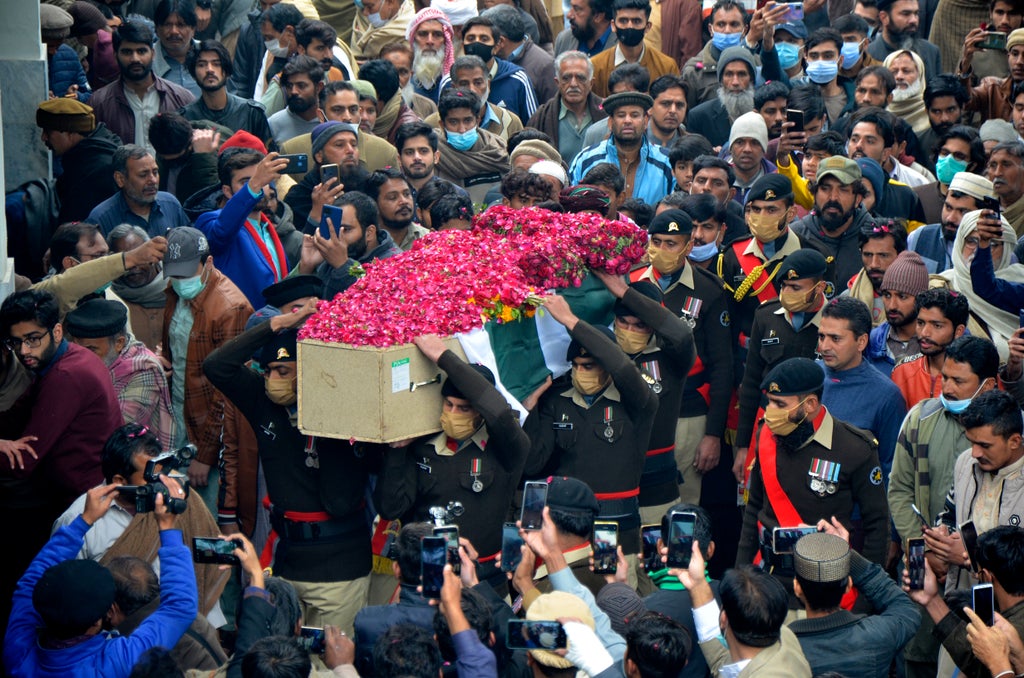 The military statement issued on Saturday night says that militants attacked security forces camps in Baluchistan province in Naushki and Panjgur districts on Wednesday night and both attacks were eventually repelled.

A recently formed separatist group, the Baluchistan Nationalist Army, claimed responsibility for the attacks in a Twitter post.

The army said nine attackers were killed in Naushki, while four soldiers, including an officer, were killed. He said that in Panjgur, the security forces repulsed the attack after an intense exchange of fire and the attackers fled the area.

Security forces launched an operation to hunt down the fleeing attackers and a curfew was imposed in the areas.

A spokesman for the Balochistan Liberation Army, a separatist group operating under the umbrella of the Baluchistan Nationalist Army, said their Panjgur and Naushki offensive had come to an end after more than 70 hours.

“After the martyrdom of the sixteen Baluch Liberation Army Majeed Brigade suicide bombers, ‘Operation Gunjal’ came to an end,” said Jaend Baluch, the purported spokesman, in a message to reporters on WhatsApp.

Baluch said nine of the men attacked the Frontier Corps camp at Naushki and six broke into the Panjgur camp.

Authorities say they have quelled an insurgency launched by Baloch separatists demanding independence from Pakistan in the southwestern province that borders Iran and Afghanistan. However, attacks on the security forces and their installations have persisted. Separatists and militants have carried out regular attacks in Balochistan in recent years. Last week, 10 soldiers were killed in an attack on a security post in the province.

The Pakistani Taliban militant group, Tehrik-e-Taliban Pakistan, or TTP, also has a presence in Baluchistan. It is an umbrella group that is separate from the Afghan Taliban.

In a separate statement on Sunday, the army said security forces had killed a possible Pakistani Taliban suicide bomber in Tank district in northwestern Khyber Pakhtunkhwa province. The killing was part of an ongoing operation to eliminate accomplices of militants in the area.

Separately, security forces arrested a militant during a raid on a hideout in the Sarwakai area of ​​the South Waziristan tribal district. The military statement said the militant Allah Noor was trying to escape wearing a women’s burqa to hide his identity.

In the Makeen area of ​​South Waziristan, troops seized weapons, ammunition and communications equipment and arrested four people transporting them.