Skip to content
Home News Paislee Shultis: Everything we know about her disappearance and how she was found hidden in a secret room 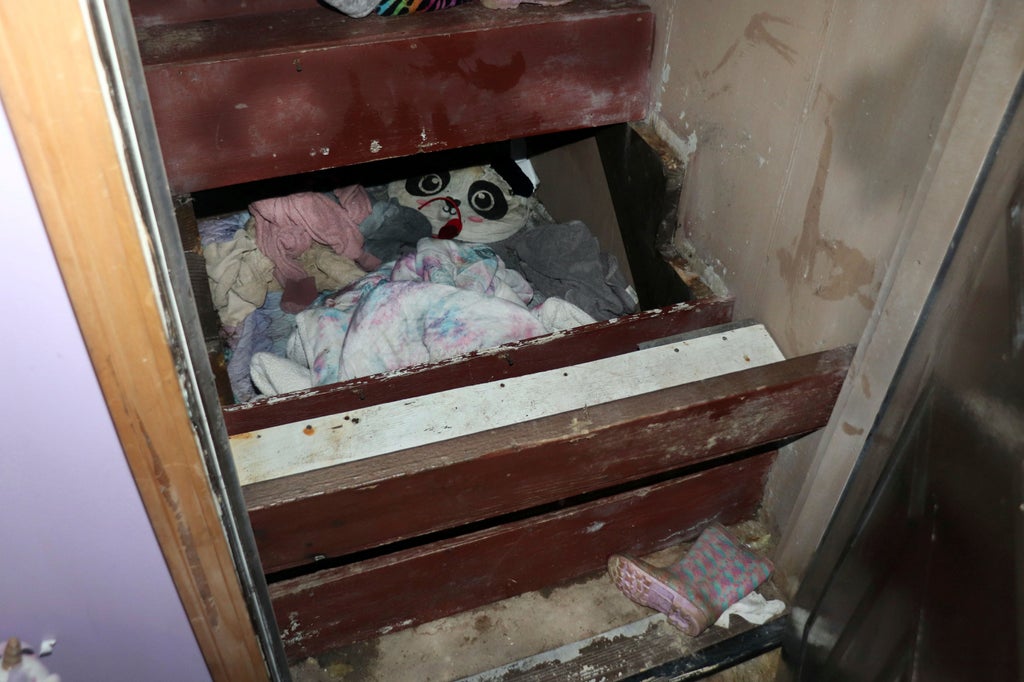 Little Paislee Shultis had not been seen alive since she disappeared from the home of her legal guardians in July 2019.

The youngster was abducted at the age of four from the property in Cayuga Heights, New York, after being removed from the care of her biological but “non-custodial” parents, Kim Cooper and Kirk Shultis.

Now they have been charged with hiding her away from the authorities for nearly three years.

Police moved in on Valentine’s Day after receiving a tip that the missing girl was with her parents at a home in Saugerties, which is more than 100 miles north of New York City and 130 miles east from where she was taken.

After obtaining a warrant, officers arrived at the property, where the owner denied any knowledge of the girl’s whereabouts, saying he had not seen her since she was reported missing.

It has not been made public because the couple lost custody of their daughter, or the identity of her legal guardians.

And it is also not known who reported the girl’s location to law enforcement, or how long it was known she was at the house.

Officers had previously visited the house and been allowed inside to search for it, but had never found the hiding place that Paislee was placed in under a set of stairs to the basement.

Police say they had searched the property a number of times, but the residents had “denied any knowledge of the little girl’s whereabouts.”

“During some of the follow ups to the Fawn Road location, authorities were permitted limited access into the residence to look around for the child, by both Kirk Shultis Sr and Jr. … knowing the child and her abductor were hidden within the house and would not be found.,” police said in a statement.

Officers had been told that the girl, who is now six, had been taken to Pennsylvania by her mother, but all leads in the case went cold until Monday night.

In a statement, police said that Saugerties Detective Erik Thiele had “noticed something about the staircase leading from the back of the residence into the basement of the house that caught his attention.”

The detective then shone a light into the stairs and were ablate see a “pair of tiny feet.”

“After removing several more steps, the child and her abductor were discovered within. The space was small, cold, and wet.”

After being removed from the house, the youngster was on her way to the police station when she passed a McDonald’s, according to CBSNewYork.

When she told officers she had not eaten at McDonald’s for a long time, they turned around and bought her a Happy Meal.

She was then examined at a nearby hospital, Paislee was determined to be in good health and was returned to her legal guardians and reunited with her older sister.

“Number one, this little girl didn’t have an opportunity to go to school. We are pretty certain that she probably wasn’t receiving proper medical attention,” said Saugerties Police Chief Joseph Sinagra.

“Obviously, the family couldn’t just take her to a doctor because she was a reported missing person. The other concern is you have a child that doesn’t write or read because they didn’t have the opportunity to go to school. They will now.”

Her mother, Kimberly Cooper, was charged with custodial interference in the second degree and misdemeanor endangering the welfare of a child.

She was remanded into custody on an outstanding warrant issued by Ulster County Family Court.

Kirk Shultis Jr and Kirk Shultis Sr, were released on their own recognition and orders of protection were issued against all three.

None of the three has been charged with kidnapping and Saugerties police say additional arrests are pending.

Neighbors were stunned that the missing girl had been in the home the whole time.