Skip to content
Home News Padrón Health Center: Complaints of abuse in the consultation: “I told the doctor I had diarrhea and he felt my pubis and breasts” | Galicia 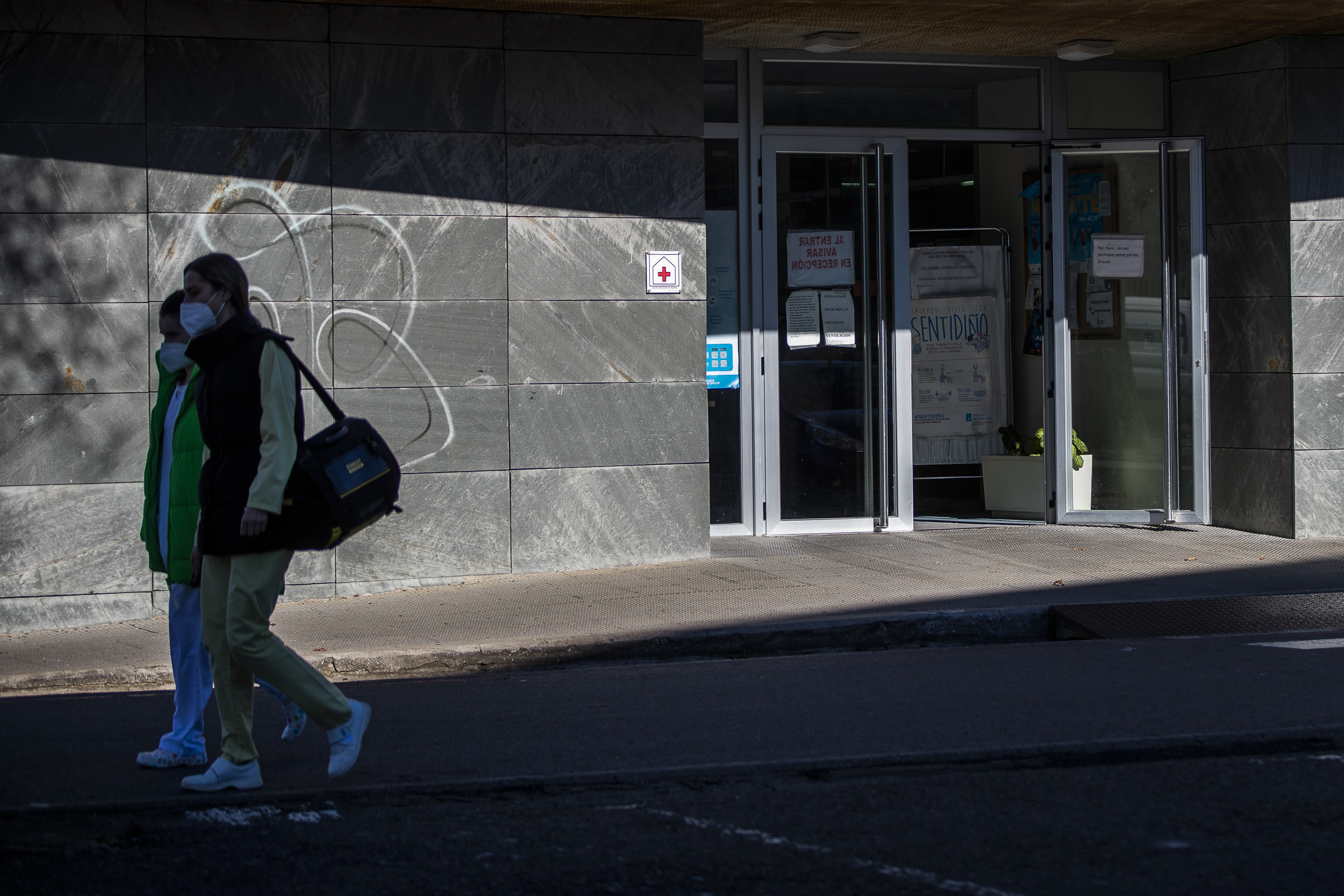 September 2, 2020. A woman enters a consultation at the Padrón health center (A Coruña) and informs the doctor that she suffers from diarrhoea. The doctor urges her to lie down on the table and pull down her panties. What happens next makes her feel “very bad”: “He felt my pubis” without warning or explanation and “underneath my bra he felt her breasts” while she breathed “strongly and agitatedly”. Without giving her time to put on her clothes, the doctor asks her to jump around the room. “She had teary eyes because she was enduring the unbearable and just when I left I started to cry,” the affected woman said months later before an inspector from the Health Council of the Xunta de Galicia who instructed the complaint that she decided to present. After almost a year and a half and after giving a statement twice, she has not heard anything about the result of that administrative investigation. She has gone to court. And she is not the only one.

The episode that this woman recounts is part of a complaint against a doctor for alleged sexual abuse with carnal access that is being investigated by the court of first instance and instruction number 2 of Padrón. She has been joined by another patient who claims to have experienced a similar incident with the same doctor. It happened on August 18, 2020. As in the previous case, her primary care doctor was not there and he was her substitute. She came to the consultation with diarrhea and vaginal fungus. She lay down on the stretcher and without prior notice, according to her account before the Inspection of the Galician Health Service (Sergas), the doctor lowered her panties with his own hands, asked her to bend her knees and, “without gloves”, told her he put his finger in her vagina. “I was surprised. I suffer from vaginal atrophy and it did me a lot of damage. I told him that he was hurting me a lot, I asked him to stop. And she told me ‘well, well…’, downplaying the pain that she was suffering. And then she put out her hand and sniffed her finger saying, ‘This doesn’t smell bad either.’ He did not take a sample of any kind, ”she recounts.

Later, the patient continues, she told him “with a cool attitude” putting on, now, the gloves: “We are going to inspect the anus. Have you ever had it done before?” “He did a lot of damage to me again,” she says. She had gone to the health center more times with vaginal yeast caused by antibiotics and had never had such examinations. She felt “outraged”: “The others [facultativos] they ask the patient herself to remove or lower her clothing. They never play like that.” She did not file a complaint because at the outpatient clinic they warned her that she would inevitably go through the hands of the doctor she was going to point out: “One day I commented on what had happened to me in a meeting with some friends and one of them told me that her daughter had for the same. So I decided that she couldn’t keep quiet.”

Three other users of the Padrón health center have contacted the complainants’ lawyer, Enrique León Carrasco, because they assure that they were violated by the same doctor, although not all of them with touching. Two have offered to testify as witnesses before the Padrón Investigating Court number 2: one filed a claim with Sergas in 2019 and the other in 2021, but neither has news of its resolution. The Ministry of Health has avoided clarifying to this newspaper how many complaints it has received against the doctor now investigated by the courts and how the open files were resolved.

The doctor to whom these patients point out and who must declare as investigated next May is Andrés Soto-Jove Bernaldo de Quirós, secretary until a few days ago of the board of directors of the Spanish Society of Primary Care Physicians (Semergen) in Galicia . As a result of the opening of the judicial investigation, he has resigned from the position “until the situation is clarified”, assures a spokesman for the entity. His name was removed from the board of directors on the Semergen Galicia website after the call from this newspaper. “He is an exemplary professional who has never given any problem,” adds the organization in his defense. The investigated has avoided offering his version of what happened.

The spark caught in the networks

Soto-Jove is an active member of the Galician delegation of Semergen. He is a professor of the Medical Education chair that this scientific society shares with the University of Santiago. He has worked in the Emergency Department of the Santiago hospital for almost 20 years and has worked in the health centers of the towns of Arzúa and Tordoia in A Coruña. Soto-Jove no longer consults at the Padrón clinic. The management of the Santiago health area alleges that it is not authorized to disclose the reason why the doctor is not working and limits itself to clarifying that he has not been removed due to these complaints.

Ana Fernández is the woman who lit the spark for this I also in Padrón, a town with just over 8,000 inhabitants. Last August he denounced on his social networks that a doctor from the health center had undressed his private parts without prior notice to treat gastroenteritis. “In my case there was no touching, it was an abuse of power. I felt exposed, uncomfortable, vulnerable,” she notes. She filed a complaint with Sergas. When she told her mother, she revealed that the doctor “had a bad reputation” in the town. After making her experience public, several women have contacted Fernández reporting consultations with touching of breasts and buttocks that they consider unjustified. There are those who have changed doctors; others “have ended up going with their husband to the consultation”, she points out.

Fernández’s testimony on networks also pushed one of the two complainants to take the step of going to court. This woman asked for help from the feminist association Mulleres in Padrón, which accompanied her to the City Council’s Information Center for Women (CIM) so that she could be advised. In a statement, the group encourages patients who have felt victims of similar abuse to “break the silence.” Fernández, who has offered herself as a witness in the complaint, joins the appeal: “There are women who do not want to show their faces out of shame or who say that we are already making noise. But we need them all.”