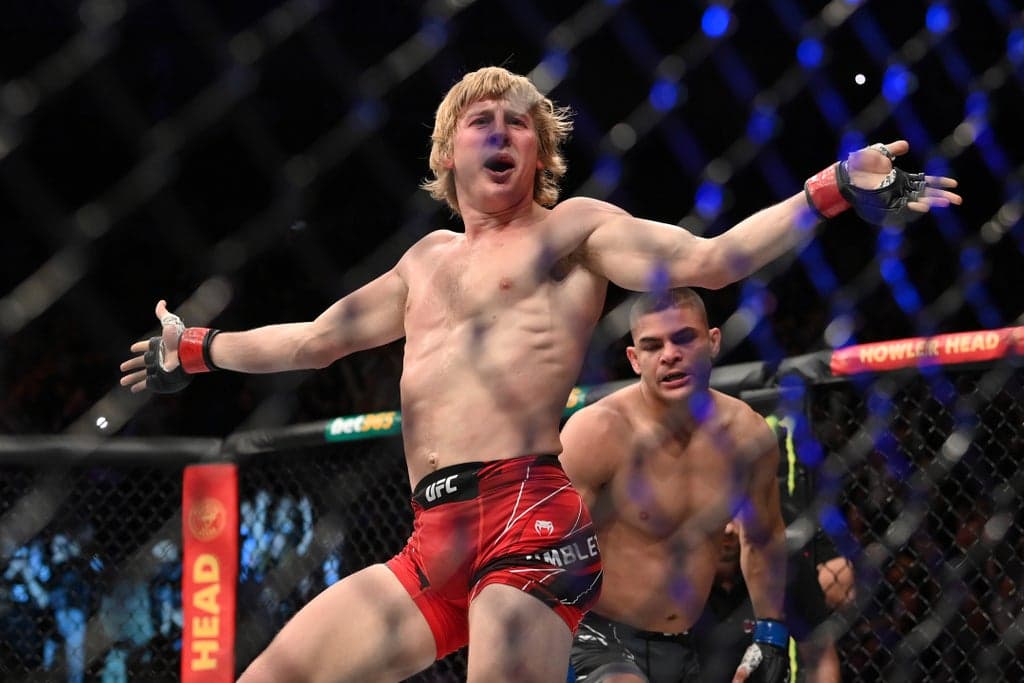 In July 2014, the UFC staged an event at the O2 Arena in Dublin that would go down in history – not just that of Irish mixed martial arts, but that of the entire sport.

Five Irish fighters fought on the card and all were victorious, as was Iceland’s Gunnar Nelson, who trains out of SBG Ireland.

In the main event, Conor McGregor knocked out Diego Brandao four minutes into the first round of their featherweight clash, improving the Irishman’s record to 3-0 in the UFC and edging him closer to his eventual title win against Jose Aldo.

As the UFC returned to London on Saturday, three years after its last visit to the English capital, it was difficult not to draw parallels to that famous night in Dublin. Of the 12 bouts at London’s O2 Arena, 10 featured British fighters. Seven of those combatants were victorious, with six winning via stoppage. Five of those finishes came in the first round, while the other was an early contender for knockout of the year.

Never has a sporting event at London’s O2 Arena grossed as highly as last Saturday’s card, and if you asked each of the 17,081 fans in attendance for their standout moment from the evening, you would get a wide array of answers.

Perhaps the most popular, however, would be Paddy Pimblett’s victory over Rodrigo Vargas.

The Liverpudlian drew great interest ahead of his UFC debut last September, and the intrigue only increased as Pimblett survived a devastating early punch to knock out Luigi Vendramini in the first round. Dismissing the danger of his opponent’s strike, Pimblett told Michael Bisping in his post-fight interview: “Lad, I’m a Scouser, we don’t get knocked out.”

The 27-year-old’s chin was tested again at UFC London, as Pimblett was dropped by Vargas almost immediately before submitting the Mexican later in the first round.

For all of fight week, Pimblett had been the center of attention, especially after his hotel bust-up with Ilia Topuria, who also fought and won on Saturday. Pimblett’s walkout at the weekend felt like a party, seemingly suggesting that he is already a star – though it can be difficult to gauge the general public’s interest from within the MMA bubble. The chaotic but entertaining nature of his win will only have enhanced his profile, in any case, as will his post-fight interview, in which he again spoke to Bisping and this time challenged Mark Zuckerberg to a fight before leading fans in a chant of “justice for the 97”.

If UFC London mirrored UFC Dublin in some ways, Pimblett’s moment mirrored McGregor’s from that summer night in 2014.

But can Pimblett really be the next Conor McGregor?

The Scouser would likely take offense to the question, no doubt taking greater pride in being the only “Paddy The Baddy.” Either way, it has been asked about numerous fighters since McGregor’s rise to the status of the UFC’s first ever dual-weight champion. Sometimes a comparison is drawn between McGregor and an up-and-coming fighter because of that combatant’s fighting style. Sometimes it is down to their proclivity for early knockouts. Sometimes it is due to their ability on the microphone, and sometimes it is simply because they are Irish.

Well, Pimblett is more of a grappler than a striker, and he is not Irish. There is no dismissing the Liverpudlian’s charisma, however, even if he is more unhinged on the mic than slick like McGregor. He also has secured first-round finishes in his two UFC outings, but the manner of those wins provides perhaps the greatest insight into whether or not the 27-year-old can follow in McGregor’s footsteps once more – having already emulated “Notorious” in becoming Cage Warriors’ lightweight champion.

McGregor was systematically dissecting opponents all the way up to his interim title victory over Chad Mendes, a contest that marked the first time that the Irishman had encountered any real danger in the UFC. Still, McGregor stopped the American late in the second round, and his subsequent win against Aldo was the most clinical of them all – achieved in just 13 seconds.

McGregor would win the lightweight title less than a year later with a longer but still clinical showing against Eddie Alvarez, and although “Notorious” had wars with Nate Diaz and Dustin Poirier thereafter – and even defeats against both men, as well as Khabib Nurmagomedov – it was not long ago that he was dismantling Donald Cerrone in 40 seconds. In contrast, Pimblett snatched his most recent UFC victory from the jaws of defeat after facing adversity in his promotional debut.

The consensus right now is this: “Paddy The Baddy” will be a star; he will not be a champion.

But there have been many fighters who have been counted out when it has come to their title chances, and at 27 there is plenty of time for Pimblett to improve. Of course, McGregor was a dual-weight UFC champion at the age of 26, but the Irishman never defended either title. Pimblett could go on to reign at lightweight for a considerable period of time, who knows? He certainly fans his chances of him, and that is half the battle.

It is that self-belief that saw McGregor prove wrong the doubters – and even convert many of them – at every hurdle on his way to the top.

That same confidence radiates from Pimblett, and it may just see him fulfill his dream of headlining a UFC event at Anfield. Whether or not his skills can carry him even further remains to be seen.

But that was once the question with McGregor, and he had all the answers. We will soon find out if Pimblett does, too.