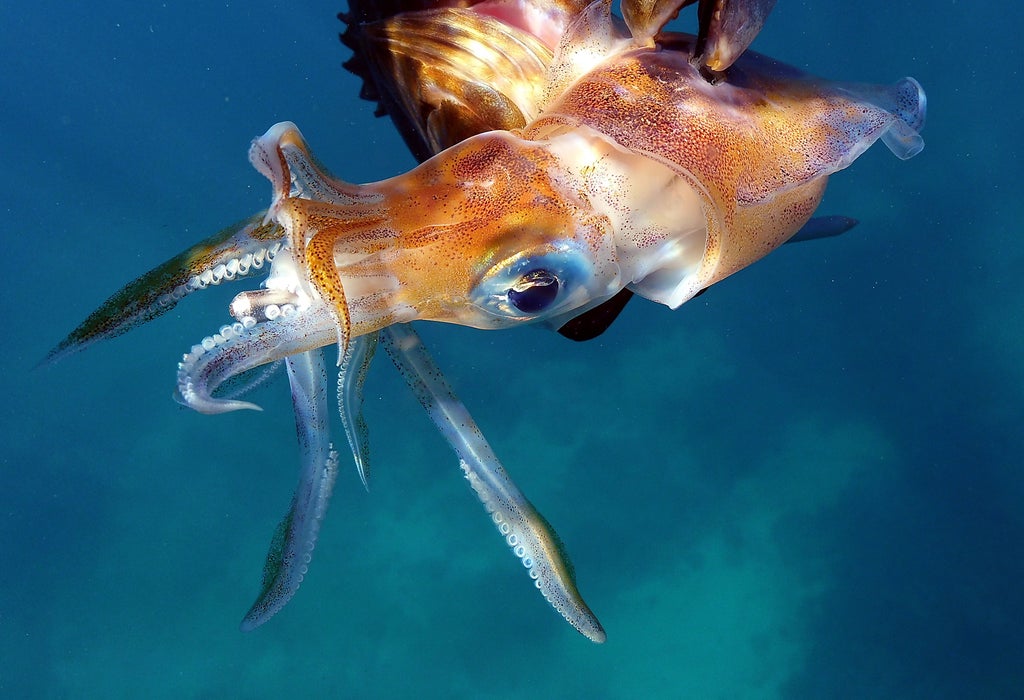 The climate-driven rise in ocean heatwaves has triggered an alarming jump in squid populations along the Pacific coasts of Washington and Oregon over the last two decades, a new study warns.

Research, in the journal Marine and Coastal Fisheries, assessed populations of the squid species, Doryteuthis opalescens, from California to northern Washington, and found that numbers have significantly increased between 1998 and 2019.

While Pacific ocean heatwaves have previously been linked to mass fish die-offs, the new study reveals that Washington and Oregon saw a 39-fold and 25-fold increase in squid populations, respectively.

Market squids, also called opalescents for their kaleidoscopic colour-changing skin, are found in coastal waters from Baja California, Mexico to Southeast Alaska, and typically were most abundant further south.

However, recent studies suggest their populations are blooming further north.

“We found a fivefold increase in the squid index of abundance across the entire spatial domain of the surveys during the sampling period, with the largest increases occurring in the Oregon and Washington strata,” researchers said.

A separate report by the US National Oceanic and Atmospheric Administration (NOAA) published last month points to evidence of a growing abundance of the species in southeast Alaska, adding that climate change may be driving this “squid bloom.”

The NOAA report says that higher ocean temperatures may be providing a convenient thermal corridor for squid migration into Alaska from the south.

“It gives credibility to the possibility that they are establishing a population in Southeast Alaska under large-scale sustained warming,” Alaska Fisheries Science Center biologist John Eiler said in a statement.

Scientists say the rise of squid populations in the Northwest coincides with a series of marine heatwaves – known as “the Blob” – that has dominated the Pacific Ocean off the West Coast over the last decade.

Marine heatwaves happen when ocean temperatures stay abnormally warm for an extended period of time. These “blobs” of water can be warmer at the edges by 1 to 2 degrees Fahrenheit and up to 5 degrees at their centers, scientists say.

Researchers have observed “the Blob” on a number of occasions off the Washington coast in the last decade.

The research also has implications for coastal communities reliant on income from fishing.

The Northwest coast tells a different story. Here the squid population densities have increased rapidly by nearly 25 times in Oregon and by 39 times in Washington.

But the question still remains whether these are temporary increases in squid population density or if they will continue with rising ocean temperatures, Dr Chasco says.

They say such an understanding of the relationships between ocean conditions and among the ecosystem’s organisms, including squids, could contribute to an “early warning system,” that can help fishing communities anticipate and adapt to changes in fish populations and their locations.

“If we can develop models that account for these relationships, we may be able to better predict what these changes mean for species and their predators and the coastal communities that depend on them,” Mary Hunsicker, co-author of the new research, said in a statement.