Long-serving coach Sean Bowden praised the “extremely powerful” energy of his Oxford men’s crew after they secured a first Boat Race victory since 2017 on the event’s return to the River Thames.

The race returned to the capital for the first time in three years, with the 2020 edition canceled and last April’s event held at the remote location of the Great River Ouse.

Cambridge had dominated before and after the coronavirus pandemic with victory in each of the last three races, but that was halted by Bowden’s men who finished in 16 minutes and 42 seconds, the joint-third fastest time in the event’s history.

It gave Oxford’s chief coach a 13th Tideway triumph since he started in the role after the 1997 race and he paid tribute to his rowers for giving him the motivation to continue.

“You are only one loss away from a losing streak aren’t you? No, we are really pleased. It has been pretty tough over the last couple of years,” Bowden said.

“We’ve had some good boats and missed out in 2020, last year I think we had a good boat and didn’t think the situation or all the pressure around the race allowed our guys to produce their best, so this is huge for us.

“I am a bit old to think about another career now but it is what I have chosen to do, I want to do it as well as I can and I really enjoy the work.

“I have a great team around me and the energy you get from young, highly-motivated people is extremely powerful so you keep wanting to test yourself out. I am always keen to learn and keep trying to improve.

“We will lose a lot of rowers now so it will be a reset for us next year but it is great some of the guys who have been through the difficulties of the last few years were still here this year and had their chance.

“It does make all the difference to be back here.”

Angus Groom, a silver-medallist in Tokyo, will not be around to help Oxford defend their title next year after he made the decision to step away from high-level rowing to focus on research into the early stages of leukemia.

Groom said: “The boat race has been on the bucket list for a number of years and I thought it would never happen for me but the opportunity came up this year and it has been a blast.

“I knew we had a very strong squad but the boat race is very unpredictable and anything can happen.

“We knew Cambridge had some strong guys and we have guys from all different backgrounds, all different rowing backgrounds. Getting that to gel and buy into one technique and one way of rowing has been quite a challenge but Sean Bowden has been amazing getting everyone buying into one thing.”

The bookmakers made Oxford odds-on favorites for the 167th edition of the Boat Race despite recent form and a healthy advantage by the turn of the bend near Hammersmith Bridge showed it had been a wise call.

It was all about bringing the boat home safely and cox Jack Tottem kept his crew focused to ensure Oxford, who had Tobias Schroder on the winning side at the third time of asking, crossed the line before Chiswick Bridge with a nine-second margin.

It denied Cambridge another double after their women had won for a fifth time in a row earlier in the day.

They recorded a time of 18 minutes and 22,936 seconds after the aggressive line of cox Jasper Parish paid off following a failed appeal from his opposition number.

For Great Britain rower Imogen Grant, it meant a third Light Blues win in what is set to be her final Boat Race with her attention now on the 2024 Olympic Games in Paris.

Grant added: “We broke the record my crew set in 2017 so I am feeling really emotional about it. It has been such an amazing experience.

“I have one more year left but if I want to prepare for Paris I need to be focusing on sculling.

“I am saying it is my last but you know how these things go and I could turn up again!

“I guess I can’t shut the door just yet but if it was, what a way to end on and incredible memories.” 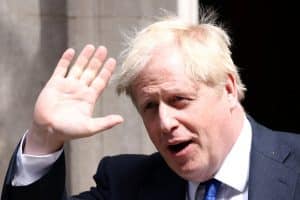