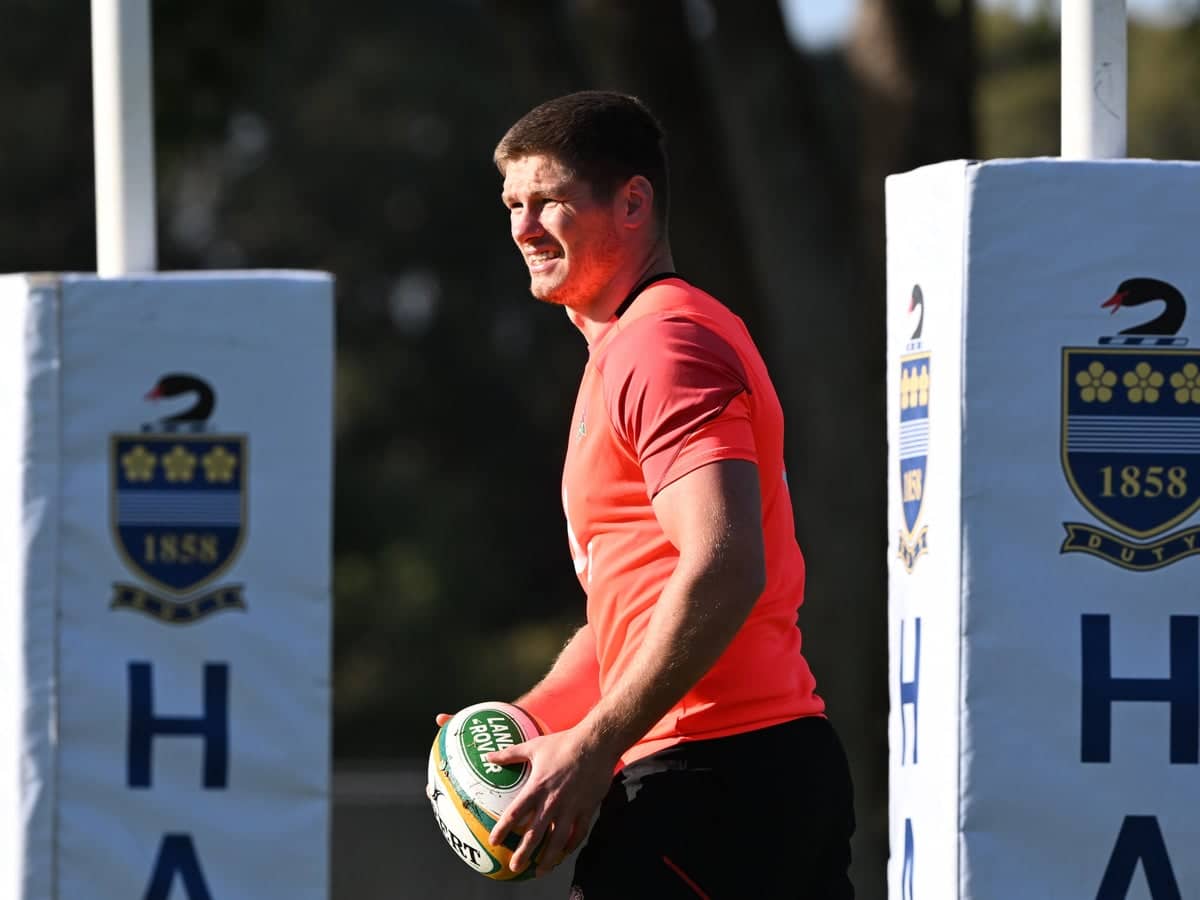 Owen Farrell was “very unhappy” to be relieved of the England captaincy after Courtney Lawes was placed in charge for Saturday’s series opener against Australia in Perth.

For the first time since 2018, Farrell has been overlooked as skipper, with Eddie Jones opting for Lawes after the Northampton flanker impressed in the role while deputizing during the autumn and Six Nations.

Farrell has made a full recovery from the ankle injuries that have heavily disrupted his season and he features at inside centre, but the news that he would not be leading England out at Optus Stadium came was taken badly.

When asked how Farrell felt about his demotion, Jones replied: “Very unhappy.

“Owen is a bloke who expresses his feelings clearly and he wants to be captain. When I told him he wasn’t going to be captain, he wasn’t very happy. But that’s OK.

“Owen’s had a fair while out of the team and at this stage we feel it’s the best thing for the team and for Owen, because he’s a very important player for us.

“He has played 94 Tests for England and he has won every trophy in the world, apart from the World Cup. He’s a pretty fair player and he’s a very important player for us.

“We want Owen to be at his best and he’s been out of the side for a while, so it’s an opportunity for him to play three Tests back to back and produce his best.”

Jones rules out the possibility that a call which is among the biggest of his seven-year reign would have a negative impact on Farrell’s commitment to the team and stresses that Lawes’s appointment is for this series only.

Lawes initially took over when Farrell suffered the first of his two ankle injuries in the autumn and was eventually restored when the Saracens playmaker was hurt again in the build-up to the Six Nations.

He is only the third frontline captain used by Jones, with Dylan Hartley completing the trio, and the 33-year-old has provided a natural fit from the start.

“Courtney’s got a good sense of togetherness. He’s calm, he’s engaging with the players and he’s the right fit for this tour,” Jones said.

Danny Care’s remarkable international comeback will be complete on Saturday when, at the age of 35, he wins his 85th cap – four years after his last outing ended when he rowed with Jones.

Care’s dynamism and speed of thought are viewed as a natural fit for the hard surface at Optus Stadium and he links up with Harlequins half-back partner Marcus Smith.

Vunipola has fought his way back since being included in Jones’s purge of the old guard last autumn, while his fellow Englishman of Islander heritage Cokanasiga has overcome injury and Covid.

Guy Porter, Jack van Poortvliet and Henry Arundell could make their debuts off the bench, but it is the last of this trio that is really setting pulses racing.

The London Irish 19-year-old has emerged as a try-scoring sensation in his first professional season and his stellar campaign could take a leap forward this weekend.

“Henry’s someone we’ve been monitoring during his fleeting appearances for his club,” Jones said. “He’s got exceptional pace, he’s got the ability to beat people and he’s been able to do that in training when he’s back fit.”