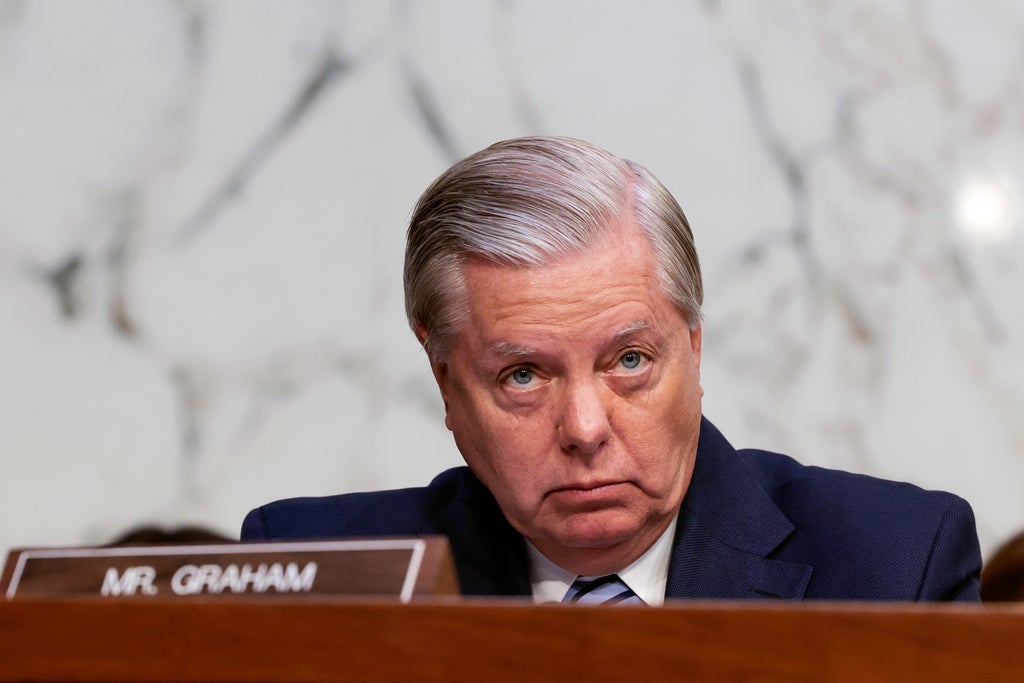 It has been hard for Republican Senators to gin up really potent moral outrage against Judge Ketanji Brown Jackson during her confirmation hearings to become a justice of the Supreme Court, which Senator Lindsey Graham — who himself voted to confirm Judge Jackson for the US Court of Appeals less than a year ago—knows all too well. Perhaps that is why, on Wednesday, he outdid his own petulant performance of storming out of the room during Tuesday’s hearings. On Wednesday, Graham abandoned any pretense of respect for the nominee. Finding that he could not justify his rage with facts, he relied on volume, lies, interruptions, outbursts, accusations, and general boorishness to back up his arguments from him.

Graham would shout an angry and oversimplified question about a complicated or irrelevant subject, interrupt with an outburst not 10 seconds later, then interrupt again to demand why the judge hadn’t answered his original question. While trying to explain for the zillionth time why sentencing guidelines for child pornography distribution are different when images are sent over the internet (where it is easy) than when they are sent via regular mail (where it is harder), Graham suddenly cut in to express shocked disbelief that she didn’t think both crimes were equally bad and that both hypothetical criminals should be sentenced to 50-year sentences. He was essentially accusing Jackson of being a pedophile apologist because she followed the law.

See also  Road rage driver lost it over Chorlton road works - before smashing into 12-year-old boy... then scrapped his Ford Focus to try and avoid justice

Occasionally the senator changed tactics, though not his tone. “Did you watch the Kavanaugh hearings?” I have asked at one point. Judge Jackson replied that she had not. Undeterred, Graham barreled forward, demanding how Judge Jackson would feel if she was ambushed the way (in his description of her) Justice Kavanaugh was, as if she were personally responsible for those hearings. Not that he let her actually answer. When lightly chided by the Judiciary Committee Chairman Dick Durbin for his interruptions of him, Graham complained, rather amazingly, “she She’s filibustered every question!”

Reporters present noted that during Graham’s heated exchange the spectators began to groan audibly, with one woman whispering, “Shut up.” Graham’s grandstanding faux-outrage overran his allotted time by over 10 minutes. Even if his attacks from him had merit (they do n’t), his conduct from him would still have been inexcusable. For all his tirades about how the Democrats supposedly treated Kavanaugh unfairly, not one Democratic senator ever raised their voice to him as Graham did to Judge Jackson. Kavanaugh was allowed to dissolve into tears without interruption as he answered for a credible accusation of sexual assault, but Jackson can’t defend herself against a vile and thoroughly debunked insinuation without being attacked.

Everything about Graham’s performance was calculated to mean. My personal favorite moment may have been when he interjected in the middle of Jackson’s sentence to address “Mr. Chairman, ”not her de ella, with the added disrespect of referring to the judge only as“she.” I also enjoyed the verbal pat on the head implied in his, “You seem like a nice person.” The racism and the sexism that allowed Graham to steamroll his South Carolina drawl over every sentence Judge Jackson attempted to utter is undeniable. In objecting to every word out of her mouth Graham seemed also to object to Judge Jackson’s right to even be there. He presented no facts or compelling arguments and he refused to engage with literally any of her calm, rational explanations of her.

Calling attention to men unable to handle their emotions while women remain coolly rational feels almost too obvious. But then again, facts are simply facts.