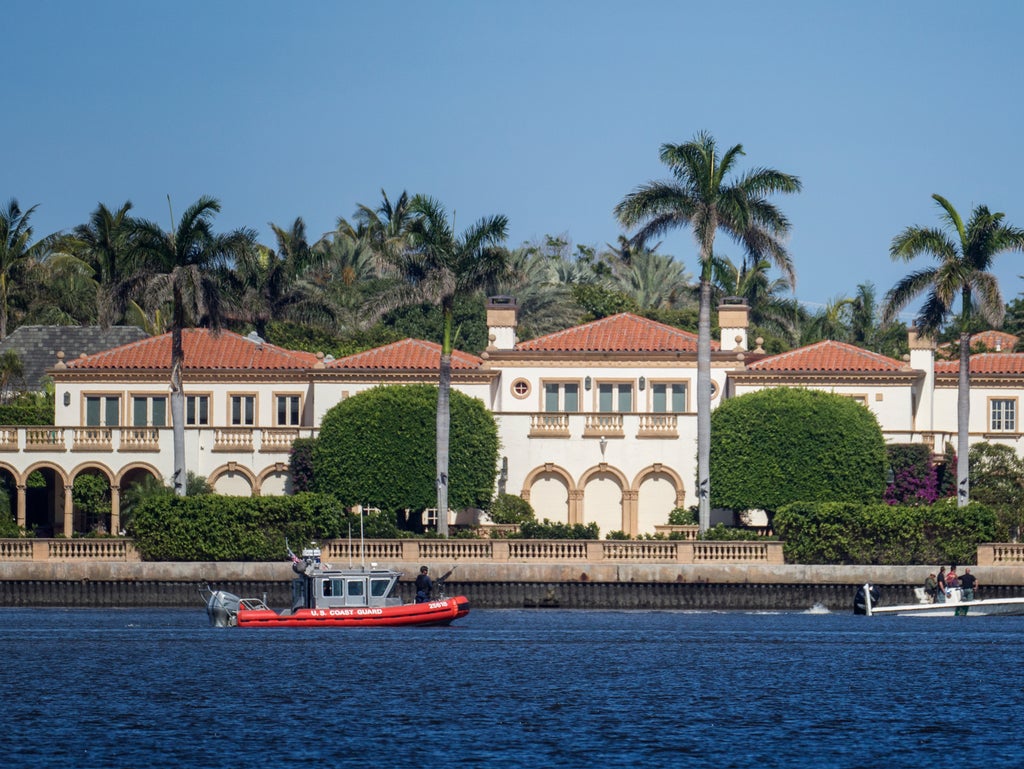 Calls are growing for the Justice Department to investigate the president and his team over the situation developing over documents that should have been returned to the National Archives.

On Wednesday, a Washington-based ethics watchdog said that the anecdotal descriptions of Mr Trump’s team piecing together documents as part of a year-late effort to return documents to the National Archives warranted further investigation by the Justice Department.

Hours later, the National Archives were reported by Washington Post to be in agreement.

Citizens for Responsibility and Ethics in Washington (CREW) wrote to the Department of Justice on Wednesday urging the agency to investigate the status of document turnovers to the National Archives after it was revealed this week that Mr Trump’s team was presently continuing to find records that should have been turned over to authorities in January of 2021.

It was revealed by The Post over the weekend that the Archives is seeking documents from Mr Trump’s time in the White House that were improperly kept by Mr Trump’s team after he left.

Among the documents in question include a letter sent to Mr Trump by his predecessor, Barack Obama, as well as correspondence with North Korea’s Kim Jong Un.

Such a move violates the law, but in order for Mr Trump to face consequences a prosecutor would have to prove that the violation was intentional. Mr Trump faced a number of ethical hangups related to his family’s ongoing management of the Trump Organization while he was president.

“To ensure that such attacks on the foundation of our democracy are never repeated there must be full and public accounting of Trump’s role in the insurrection of January 6, 2021, and the roles of those who aided and abetted him. But without a full historical record, unimpeded by the former president’s willful destruction and mutilation of his presidential records, full accountability may escape us. Accordingly, we request that you investigate whether former President Trump violated criminal laws by willfully destroying and mutilating his presidential records while in office, ”reads the letter.

The letter is likely to have little if any effect, as prosecutions of such laws are rare. But the House Oversight Committee’s chairwoman, Rep. Carolyn Maloney, expressed an interest in probing the situation further this week.

“I sounded the alarm in December 2020 about the danger that the former President and senior Trump Administration officials were not properly transferring presidential records to the National Archives and unfortunately, we now know that was the case. I plan to fully investigate this incident to ensure the law is followed and records from the Trump Administration are with the National Archives where they belong, rather than stashed away in Trump’s golf resorts,” said Ms Maloney to The Washington Post.

Many of the documents appear to have been personally torn up by the former president, forcing his staff to piece them together for retention in the archives.

His former aide Omarosa Manigault Newman also alleges that she saw the president eat a document in the Oval Office.

The ex-president has held court at the Mar-a-Lago resort since leaving office last January; he has continued to frequently espouse falsehoods about the 2020 election even while attacking his successor Joe Biden and hinting about a third campaign for the White House.

Mr Trump unsuccessfully fought in court to keep many of his documents relating to his time in the White House out of the hands of lawmakers on the House’s January 6 investigatory committee, but suffered a defeat at the US Supreme Court after attempting to assert executive privilege on the issue.

He himself was a vocal critic of the record-keeping practices of his 2016 opponent, Hillary Clinton, over a scandal in which it was revealed that the former Secretary of State used a private, unmonitored data server for official government business.

Monkeypox cases are rare in children and parents should not worry, experts say