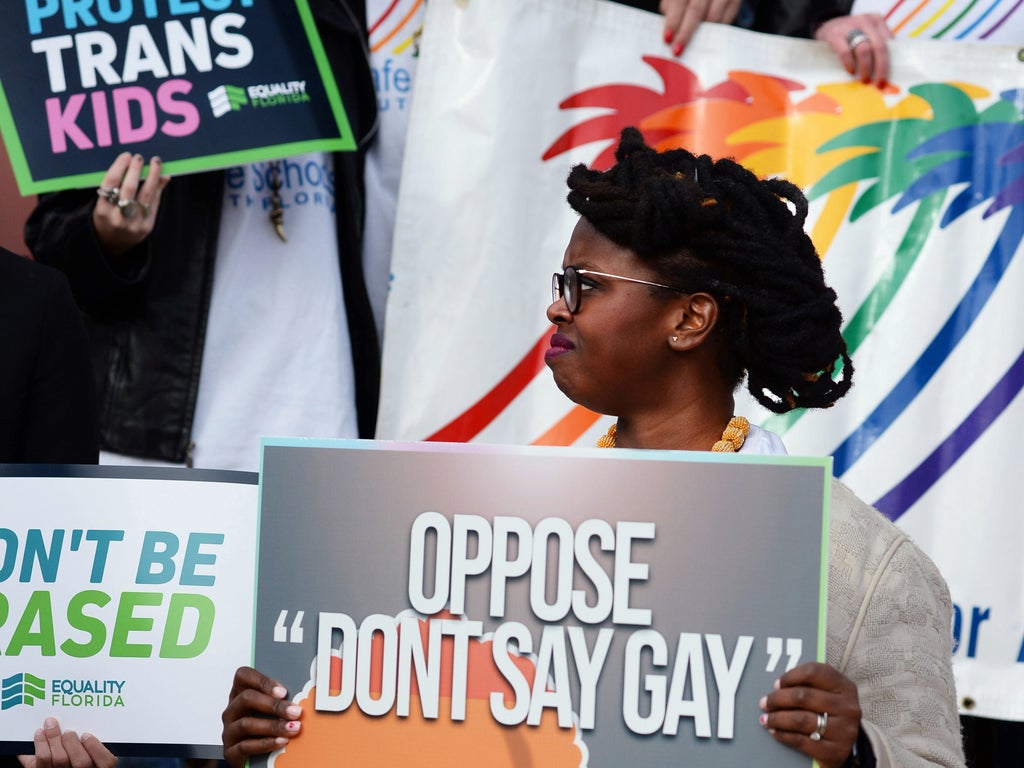 Florida’s Republican-dominated House of Representatives passed a pair of bills that opponents argue will chill classroom instruction on racism and injustice and stigmatize LGBT+ children and families by banning discussions on sexual orientation and gender identity.

Legislation supported by Governor Ron DeSantis as the “Stop the Wrongs to Our Kids and Employees” Act, or “Stop WOKE” Act, would bar classroom discussions that could make students feel responsible for historic wrongs because of their race, color, sex or national origin, which critics argue could censor lessons on historic atrocities, from slavery to the Holocaust.

The “Individual Freedom” bill also applies to workplace diversity training sessions, which could be considered an unlawful employment practice subject to a lawsuit or civil rights violation.

Florida Republicans also ushered passage of the Parental Rights in Education bill, named the “Don’t Say Gay” by its critics, which prohibits instruction of “sexual orientation or gender identity” through the third grade and any discussion “that is not age- appropriate or developmentally appropriate for students” in other grades.

As debate was underway in Florida on 24 February, Georgia senators approved a measure to block transgender athletes from playing on teams that match their gender identity.

Florida’s “Individual Freedom” bill “is a thinly veiled political attempt to attack marginalized communities,” according to Cathryn M Oakley, state legislative director and senior counsel at the Human Rights Campaign. “Let’s be clear – the negative consequences of [the bill] will ripple across Florida. It will hurt the LGBTQ+ community, people of color, and women. Every historically marginalized population will be impacted by this legislation.”

Democratic legislators argued the legislation – which is set to clear the Florida Senate and be signed into law by the governor – amounts to unconstitutional restrictions on speech and an attempt to rewrite historical narratives to center white Americans.

“It sends a terrible message to our youth that there is something so wrong, so inappropriate, so dangerous about this topic that we have to censor it from classroom instruction,” he said in emotional remarks on the House floor on 24 February.

He pointed to proponents of the measure looking to prohibit what he quoted them as calling “sexual things”, adding that sexual orientation and gender identity are “not an act, that’s not a thing, either.

“We’re referring to an entire community of people,” he said.

The bill’s proponents have repeatedly argued that the legislation does not target LGBT+ students or families but gives parents more control over their children’s instruction.

Florida’s legislation joins a nationwide effort to put “parental rights” at the forefront of GOP campaigns in 2022 elections, from school board debates and legislation condemning Covid-19 protocols to perceived “critical race theory” curriculum in classrooms and in human resources initiatives.

“The problem is this bill is not a parents rights bill. The bill censors speech about LGBTQ people in classrooms and ultimately serves to chill the kind of inclusive environments we’ve sought to create for LGBTQ young people.”