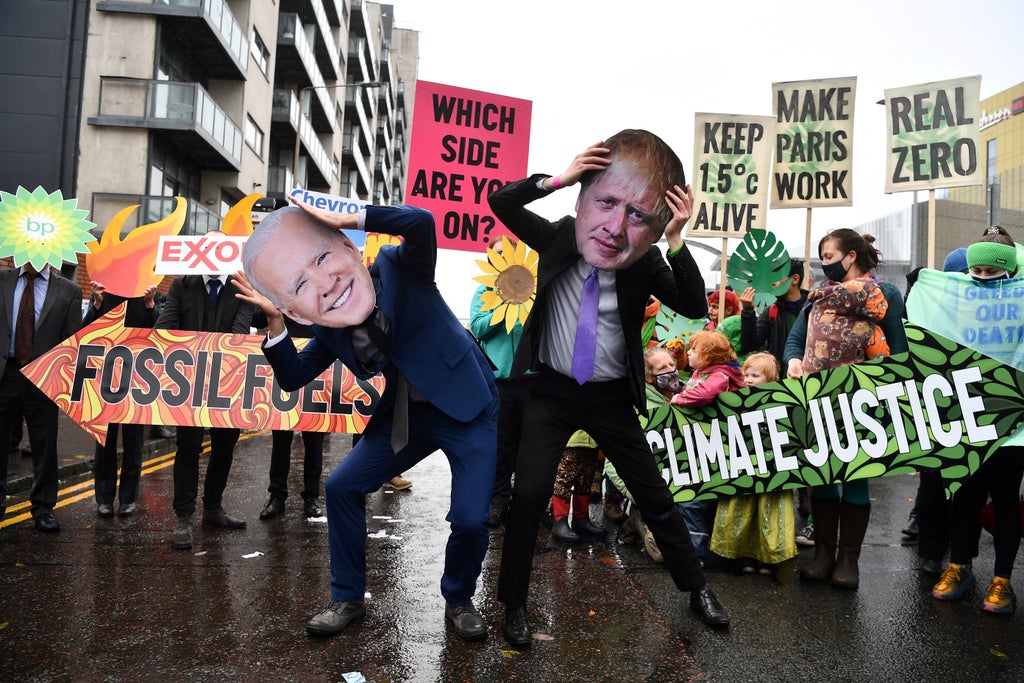 It is simple maths. No matter how many new renewables we build, if we keep increasing the amount of fossil fuels we burn, global carbon emissions will continue to rise. To have any hope of cutting emissions, the basic first step must be to stop investing in fossil fuels – hence The Independent’s Stop Fueling The Climate Crisis campaign.

Following the 2021 call from the International Energy Agency (IEA) for all new investments in fossil fuels to immediately cease, this column repeatedly asked the UN secretary general, Antonio Guterres, if they supported the IEA call. But no clear answer was ever given.

It was thus exciting news that in his keynote address to the UN General Assembly on 21 January, Guterres said that not only should there be no new coal power plants, but that there should be no more new oil and gas exploration.

While he still lamentably failed to call for an end to new gas power plants or pipelines, it is a historic moment. It recognizes that we cannot claim to be reducing carbon emissions by the 45 per cent necessary by 2030 to have a chance of staying under a temperature rise of 1.5C, while hypocritically seeking ever more new oil and gas. Wasting trillions of dollars on new fossil fuels, when that funding is crucial for the global renewable transition would be a crime against humanity.

Unfortunately, the UK is heading in the opposite direction from that appealed for by the UN. As outlined in Naomi Klein’s book, The Shock Doctrine, our fossil-fueled establishment never wastes a political crisis to advance their climate-trashing agenda. So, as Partygate raged across UK headlines, the Johnson government sneaked out approval for a huge new Welsh coal mine and another North Sea oilfield.

The Aberpergwm coal mine has more than 40 million tonnes of anthracite, which if burned would emit an eye-watering 100 million tonnes of CO2, which equates to about a third of all the UK’s domestic carbon emissions. The Ithaca oilfield is due to contain 5.5 million barrels of oil equivalent.

When we asked the government about the UN’s call to end oil and gas exploration, their spokesperson said: “While we are gradually driving down demand for fossil fuels, there will continue to be ongoing demand for oil and gas over the coming years as we transition to lower carbon, more secure forms of energy generated in this country.”

They then answered a question we had not asked, saying: “Turning off our domestic source of gas overnight would put energy security, British jobs and industries at risk and make us even more dependent on foreign imports.” Nobody is asking the government to turn off our gas supply overnight.

Forget Johnson’s climate bluster, the government is absolutely determined oil and gas exploration will continue as normal, but will be dressed up in net zero propaganda, mentioning commercially unproven carbon capture.

We then asked Alok Sharma, the UK government-appointed president of the UN’s Climate Conference, if he supported the UN call and whether he would put it onto the agenda for November’s Cop27 in Egypt.

He replied to this column, stating: “The UK has already led by example with an ambitious NDC which is aligned with net zero by 2050 but, like all countries, we must continue to review what the science says and respond to that.”

Much of the response from Sharma’s office was in line with that given by the UK government spokesperson. He added that the Cop agenda is agreed at the start of a Cop summit, but he did not answer if he would propose it.

These non-replies from the UK government and the Cop26 president demonstrate the challenges for the media in getting any relevant answers to questions posed, and suggest another reason why the Cop process has failed to cut carbon emissions in its 30 years.

Having the Cop president appointed each year by the conference’s host country means they don’t have the capacity to provide the necessary leadership, as they are de facto unable to utter almost any statement not approved as government policy by the host country.

And as the UK government remains committed to the maximum economic exploitation of our fossil fuel reserves, then our UN Cop president is compromised by this conflict of interests.

The Labor climate spokesperson Ed Miliband was a bit clearer, saying: “We said no to the Cambo oil field and said we needed a hard-edged timetable for an end for new oil and gas exploration, with a plan to manage a just transition for oil and gas workers.”

So where does this leave us? Importantly, the UN has joined a growing body of global institutions calling for an immediate end to all fossil exploration. They join the IEA, the European Central Bank and the new Beyond Oil & Gas Alliance of nations.

The UK and Alok Sharma should join them and legislate for the Bank of England via regulation to end all new fossil fuel investments by UK financial institutions and oil corporations for good.