Last year Covid had already spread throughout the country and while there had been disruption to everyday life especially where employment was concerned as the disease swept through food factories and processing plants, it all seemed manageable.

Another major issue, Brexit had, according to its promoters, “been done”. The UK Prime Minister does not like to speak about Brexit. His simplistic view is that it is done despite lots of evidence to the contrary. Think of the Irish Border anomaly; and think of trade rules with Europe being postponed yet again. Add in shortages of labor and even queues of lorries at Dover and it is obvious to all apart from a tunnel-visioned Brexiteer that it is far from done. But it all seems manageable even if it is far from the “piece of cake” promised when this country left Europe.

But then, Russian President Putin threw an almighty spanner in the works with his army invading the Ukraine. Within two months of the invasion, food supply chains have been disrupted and fuel and fertilizer prices have rocketed.

Geographically the Ukraine is far distant but as world commodity markets started to fluctuate wildly, long forgotten phrases about the need for food security were dusted off and brought back into use.

Now the experts in war – if there are such people about – are predicting that this conflict along with its unimaginable horrors and missile blasted-landscapes will last for years.

We are told the upset in food chain supplies as a result of the invasion in Ukraine is not going to be a seven-day wonder. Any student of agriculture will be aghast at the sight of thunderingly massive tanks churning across fields of autumn-sown crops. It is soil compaction on a large scale. No wonder, forecasts for the 2022 Ukrainian wheat harvest have been reduced to little more than half the yield of the previous year.

Pausing for a moment, farmers throughout the world will sympathize with their colleagues in the Ukraine as they try to wrest normality from fields ripped apart by the war and livestock slaughtered by the invading army. The main losers in this war will not be in the developed countries of the world but in countries such as Egypt that are highly dependent on imported grain.

However even in our modern society, shortages or even just rumors of shortages, quickly ripple extensively throughout the world.

And that is the reason why last week, accompanied by his two vice-presidents and the Union’s main policy wallahs, NFUS president Martin Kennedy hoofed it down to Westminster to meet UK parliamentarians and broadcast their message on food security to the wider public.

On their visit to London, the Union representatives stressed the need for this country to make maximum use of the food produced within these shores and to be aware of potential shortfalls.

While that message may have resonated back in the days of the Second World War, the problem the Union faces is that the world has moved on from those days.

The general public, faced with a drastic cost-of-living crisis, are more likely to pick up food based on price rather than on country of origin. There is no siege mentality in this country but there is widespread concern about rising prices.

The next factor undermining the Union’s case for supporting home production are the supermarket buyers who always have one eye on the neighboring and competing stores and will largely buy on price.

Look at which supermarket chains are doing well in this era of price increases. Answer: the discount stores.

And what are the politicians doing? In this post-EU world, they are scrabbling about signing trade deals which open the UK to importations of sheep meat beef and grain, thus undercutting the home market, all in the guise of free trade

The NFUS cannot be faulted for its enthusiasm and endeavor in trying to hold on to the home market but the odds are heavily stacked against them. 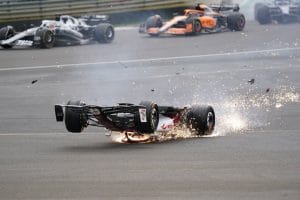 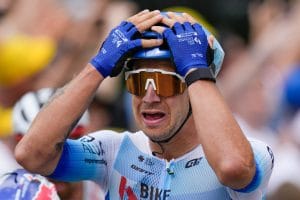 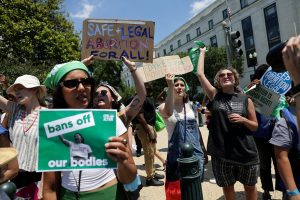