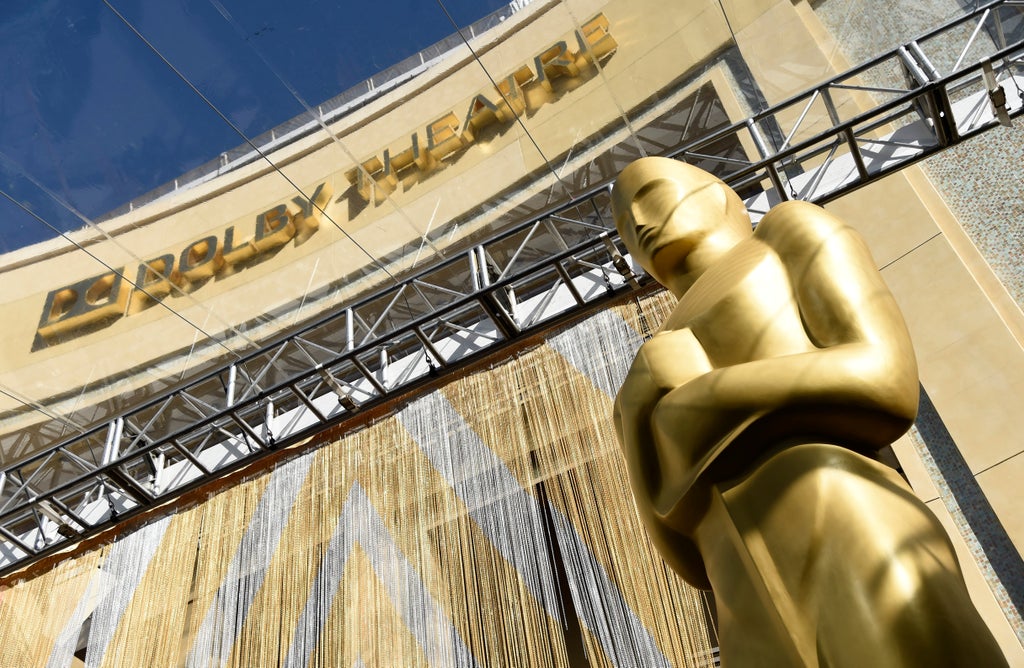 James Bond didn’t get an Oscar nomination this year, but that doesn’t mean that he won’t be part of the ceremony.

“We have some surprises around that. Wink, wink,” Will Packer, who is producing the show, said Thursday.

It’s all part of the overriding theme of the year: “Movie lovers unite.”

“Movies are the one thing that actually do unite so many of us as a global community,” Packer said. “Movies make you feel something, they inspire you, they make you aspire.”

Amy Schumer, who is the third host of the evening, was not present but had a message that her colleagues delivered: “Don’t worry, it’s not COVID.”

They promised a crowd-pleasing night of escape and celebration, including a performance of the hit “Encanto” song “We Don’t Talk About Bruno.” And while there might not be a Glenn Close “Da Butt” repeat planned, Sykes laughed that they talked about having Dame Judi Dench “do the worm.”

The show is aiming to recover from last year’s low ratings and have made drastic strides to keep the runtime to three hours, including the controversial decision to hand out eight awards before the show and edit into the live telecast.

See also  Rangers reaction: Celtic title win will be on van Bronckhorst, why he still has credit in bank, Kemar Roofe recovery

“We’re going to make sure that everybody has their moment,” Packer said. “It’s about celebrating the most talented people and what they do.”

They will also return to the tradition of ending the night with the best picture category after last year’s experiment closing on best actor. And, Packer said, though they’ve announced an army of high-profile presenters, from Lady Gaga to Bill Murray, that they haven’t necessarily revealed yet who will be presenting the best picture award.

As for the hosts, Sykes said they want “everyone to have a good time” but aren’t “going to trash anyone … none of us are mean spirited.”

The three women will open the show together but also get only moments to shine.

Packer said they will respectfully acknowledge the state of the world, including the pandemic and the war, but that he wants the evening to be first and foremost “a celebration, a release, an escape for people who really need it.”

Behind the scenes, the pandemic is still top of mind for those involved, especially after reports that some got COVID-19 after attending the BAFTAs in London. The Academy is requiring every attendee to submit two negative PCR tests before the show. Audience members also have to be vaccinated.

“We want to make sure that everybody is safe coming to the show,” said Packer, who declined to talk about whether he knew of any individual nominees who had COVID-19. “We have a lot of protocols in place… We want to pull off a show that keeps everyone safe.”

The Oscars will be broadcast live Sunday on ABC beginning at 8 pm EDT.

For more on this year’s Oscars, visit: https://apnews.com/hub/academy-awards