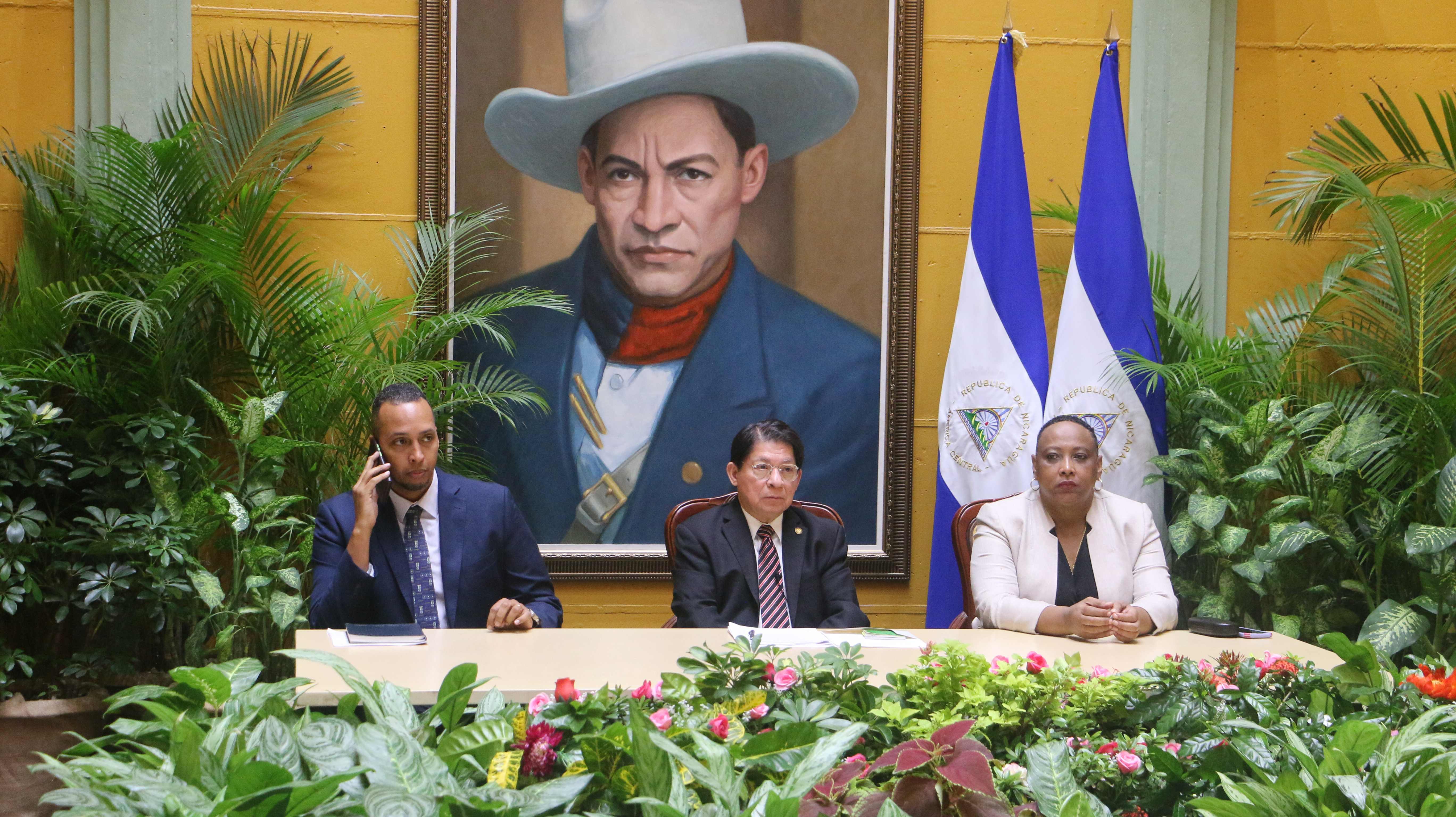 After the rejection of the Nicaraguan presidential elections by the majority of the American countries, President Daniel Ortega has decided to withdraw his country from the Organization of American States (OAS), which he has accused of maintaining “interference attitudes” against his regime. Nicaraguan Foreign Minister Denis Moncada reported this Friday in Managua that the Government has begun its departure from the American body “instructed by the constitutional president of Nicaragua, Commander Daniel Ortega Saavedra,” in which it is a response to the claims of democratic illegitimacy of the results of the presidential elections.

The regime has explained that the exit from the OAS occurs under the protection of Article 67 of the Vienna Convention, which establishes the official procedure to follow when a country decides to withdraw from an international treaty that it has ratified. “I am writing to you to officially notify you of our unwavering decision to denounce the Charter of the Organization of American States, in accordance with its Article 143, which initiates the definitive withdrawal and resignation of Nicaragua from this organization,” states the regime in the letter. sent to the Secretary General of the OAS, Luis Almagro, and read by Foreign Minister Moncada.

With the denunciation of the body’s letter, the Ortega regime begins a two-year process to make his departure official. “After two years have elapsed from the date on which the General Secretariat receives a notification of denunciation, this Letter will cease to have effect with respect to the complaining State, and it will be separated from the Organization after having complied with the obligations emanating from the present Charter ”, as established in Article 143 of the Charter of the OAS.

Ortega has made this decision after the OAS General Assembly, which was held last week in Guatemala, voted on a resolution in which it rejected the results of the presidential elections of November 7, considered a “farce” by the opposition. . Those votes took place with the seven opposition candidates imprisoned by the regime, a strong repression against critical voices and without minimum conditions to guarantee the legitimacy of the process. The OAS resolution was approved by 25 countries, seven abstained, including Mexico, and the Nicaraguan delegation voted against it. In addition to rejecting the results of the vote, the approved document obliges the general secretariat to make an analysis of the political situation in Nicaragua in order to analyze the application of the Democratic Charter, which includes the expulsion of the country, considering that it does not comply with the democratic requirements established in that document.

“The Organization of American States has been designed as a diplomatic political forum that was born under the influence of the United States as an instrument of interference and intervention, and its mission against Nicaragua of this organization that operates permanently in Washington is to facilitate the hegemony of States. United with their interventionism on the countries of Latin America and the Caribbean. What is unacceptable for Nicaragua, we reject and condemn ”, denounces the Managua regime in the letter sent to Almagro.

The exit of Nicaragua from the OAS can have strong economic consequences for a country that needs the flow of foreign exchange that comes through loans from multilateral organizations linked to that organization, explains Tiziano Breda, analyst for Central America at the Crisis Group, an organization focused on conflict resolution. “It will have less capacity to access international resources from inter-American mechanisms such as the Inter-American Development Bank (IDB). They will have greater reservations in providing resources to a government that has been expelled for its violations of the most important regional body, ”explains Breda.

The Nicaraguan government’s decision has generated reactions, mainly from the United States, whose president, Joe Biden, has denounced what he considers a “dictatorship” similar to that of the Somoza dynasty that ruled the country for 47 years. “We would like Nicaragua to return to the inter-American community, (but) always supporting the values ​​and principles to which we all subscribe, which are respect for democratic development,” Juan González, in charge of Latin America and the Caribbean, told EFE. of the White House. “That is the fundamental thing, it is not from the left or the right, it is democracy, it is the only thing we insist on as a region,” said González.