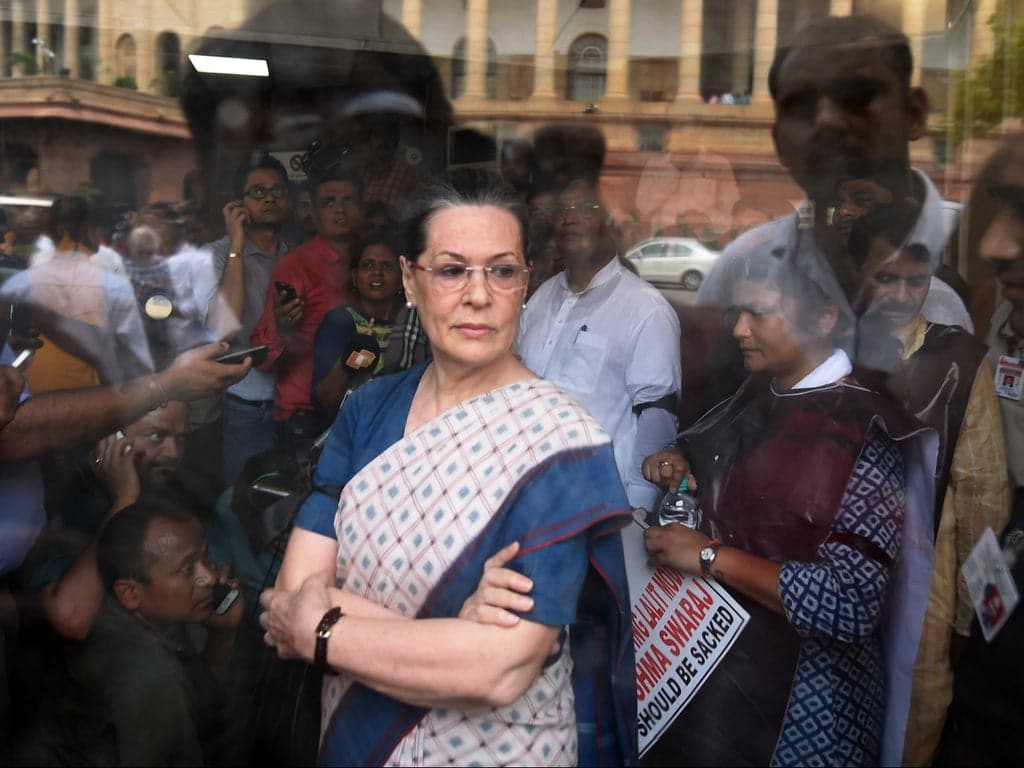 The leader of India’s largest and oldest opposition Congress party has called out Facebook and Twitter over “systematic interference” in the country’s electoral politics.

Taking up the issue in the Indian parliament on Wednesday, Sonia Gandhi, the Italian-born Congress president, said social media is being abused to “hack our democracy” and distorting the “level playing field” by “favouring” the ruling, right- wing Bharatiya Janata Party (BJP).

Ms Gandhi, 75, referenced a recent investigative report published by Al-Jazeera and non-profit The Reporters’ Collective that revealed Facebook had offered cheaper advertisement deals during the 2019 elections.

“It has come to public notice repeatedly that global social media companies are not providing a level playing field to all political parties,” she added.

Citing the report, Ms Gandhi said a “toxic ecosystem of proxy advertisers posing as news media is flourishing on Facebook” which is in violation of India’s election laws, and are suppressing “the voice of all those who were speaking up against the government”.

The damning media report was released on Wednesday after an investigation covering 10 elections held in India between February 2019 and November 2020.

It claimed that the Mark Zuckerberg-owned platform allowed a large number of ghost and surrogate advertisers to fund Narendra Modi-led BJP’s election campaigns and boosted its visibility on the platform while blocking all ads that promoted opposition parties.

Facebook was also accused of providing advertisements to BJP at cheaper rates. The average price charged by Facebook to the BJP and its candidates to show an advertisement one million times was INR 41,844 (£419.95). The opposition Congress, however, paid INR 53,776 (£539.72), almost 29 per cent more, for the same number of views, according to the report.

Not responding to specific allegations, Facebook’s parent company Meta said: “We apply our policies uniformly without regard to anyone’s political positions or party affiliations.”

“The blatant manner in which social harmony is being disturbed by Facebook, with the connivance of the ruling establishment, is dangerous for our democracy,” she added.

She accused Facebook of “profiting” by filling “young and old minds alike” with hate through “emotionally charged disinformation and proxy advertising”.

Ms Gandhi called for an “end to the systematic interference of Facebook and other social media giants in the electoral politics of the world’s largest democracy”.

Her concerns come amid the grand old party’s shrinking footprint in India, following its latest drub in local elections across five states, including in the country’s bellwether Uttar Pradesh state and the Punjab state that it ruled.

The party has been fighting criticism and has been plagued by infighting, ever since it was caused by the BJP in 2014.

Similar criticism of Facebook favoring the BJP was amplified in August last year when The Wall Street Journal published a series of stories that detailed how the platform’s officials internally opposed applying hate speech rules to the BJP’s politicians.

It also revealed that Ankhi Das, the company’s former South Asia policy head, had herself shared what many felt were Islamophobic posts on her personal Facebook page.

WSJ had also reported that Ms Das had argued against classifying one of the BJP’s leaders who had violated Facebook’s hate-speech rules as a “dangerous individual” in line with company policies.

She had said this would hurt Facebook’s prospects in India, according to the report.