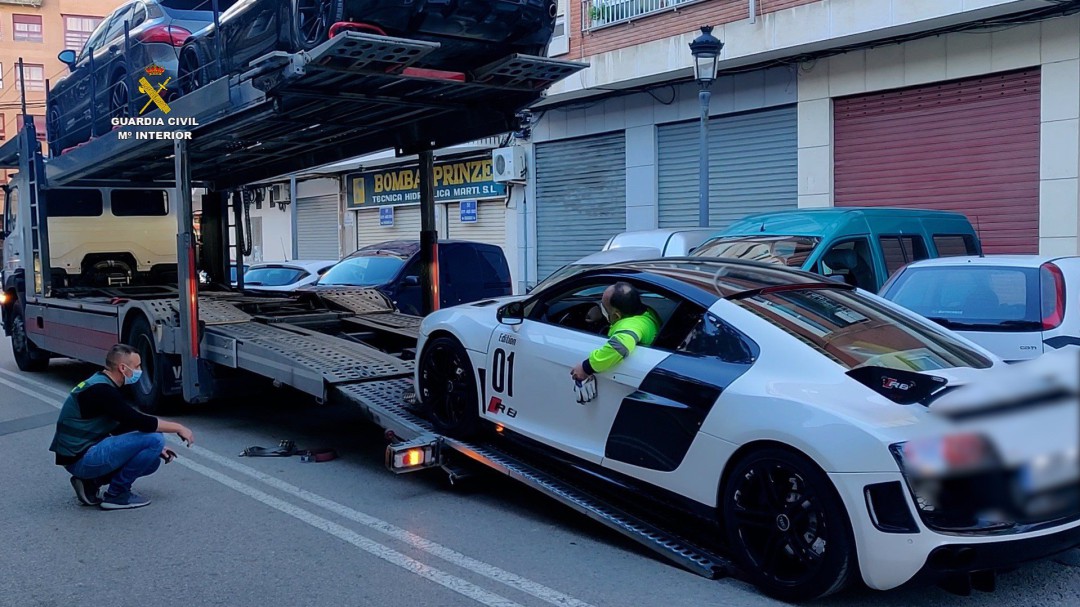 Agents of the Civil Guard have arrested in Valencia one of the biggest scammers with false investments in cryptocurrencies at the European level. This is a 45-year-old man who is charged with seven crimes of fraud and money laundering. The total of the blocked assets, between vehicles and bank accounts, amounts to more than two and a half million euros.

The operation, under the name “Bitdrop”, began last August, after the agents learned of the events through collaboration with private security, as reported by the Armed Institute in a statement.

The detainee, a Portuguese national, had created an alleged platform for investments in cryptocurrencies on a website that was made known through various forums, radio programs, sporting events and even charity movements, in order to attract attention and interest. investment of people in Spain and Portugal.

The platform offered a minimum return of 2.5 percent per week to investors depending on the amount they contributed, who came to acquire roles and thus be able to attract more people.

This method is known as a “ponzi scheme”, a type of scam that tries to mislead victims into believing that the profits obtained come from a legal activity, although the funds originate from other deceived investors.

In this way, the investment in cryptocurrencies was “a complete success”, so the victims invested greater amounts of money and attracted more investors. The detainee used the investments made by the victims to lead a high standard of living, with the purchase of high-end vehicles, trips or even meals.

As a result of the agents’ investigations, they have managed to identify several victims in Spain. In addition, they have discovered that the detainee had managed to commit a crime in Luxembourg, Switzerland and Portugal.

Finally, on December 2, three entries and searches were carried out, at the home of the detainee, at the company’s headquarters and in a workshop where part of the assets were hidden. In addition, the Civil Guard has proceeded to block several bank accounts and the web pages for accessing the platform and the pages where it was advertised.

They have also seized various documentation, as well as electronic devices such as computers, tablets, mobile phones and USB cryptocurrency wallets. Likewise, the agents have blocked 13 vehicles and intervened another seven, all of them high-end.

The total of the blocked assets, between vehicles and bank accounts, amounts to more than two and a half million euros. The proceedings ordered have been delivered to the Examining Court No. 3 of Valencia.

The operation has been carried out by agents of the Technological Investigations Team (EDITE) and the Economic Crimes Team of the UOPJ of the Valencia Civil Guard Command, who have had the collaboration of EUROPOL.