Skip to content
Home News One in three Americans have high levels of toxic weed-killing chemical in their bodies, new study finds 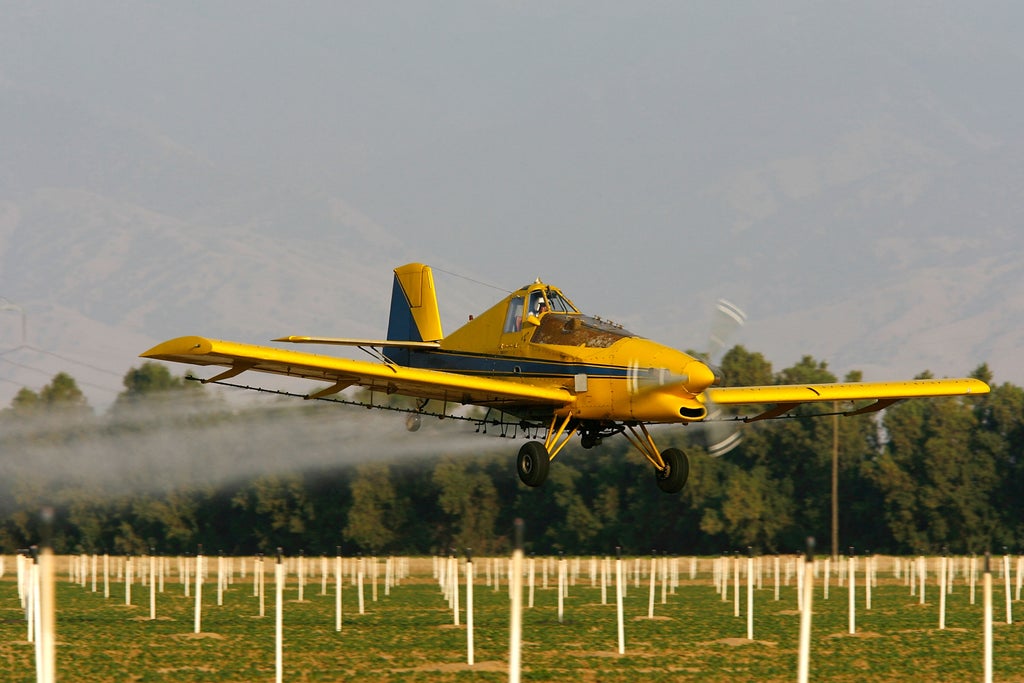 One out of three people surveyed in a large study in the US showed signs of exposure to a toxic pesticide, researchers at the George Washington University have found.

Their research, published on Thursday in the journal EnvironmentalHealth, found that human exposure to the toxic weed-killer 2,4-Dichlorophenoxyacetic acid – or 2,4-D – has been rising as agricultural use of the chemical has increased, prompting concerns about possible health implications.

The chemical 2,4-D was developed in the 1940s and soon became a popular weed-killer for farmers who wanted to increase crop yields. Homeowners looking for a pristine, green lawn also turned to the chemical often in combination with other lawn chemicals, researchers said.

Previous studies have found that exposure to high levels of the chemical has been linked to cancer, reproductive problems and other health issues.

While the effect of low level exposure of the chemical is not completely understood, scientists warn that 2,4-D is a hormone disruptor, adding that children and women of childbearing age are at higher risk.

“Our study suggests human exposures to 2,4-D have gone up significantly and they are predicted to rise even more in the future,” Marlaina Freisthler, a PhD student and co-author of the study from the George Washington University, said.

“These findings raise concerns with regard to whether this heavily used weed-killer might cause health problems, especially for young children who are very sensitive to chemical exposures,” Ms Freisthler added.

Scientists looked for signs of the pesticide found in urine samples from participants in the National Health and Nutrition Examination Survey, and assessed the estimated agricultural use of 2,4-D by studying public and private pesticide use data from 2001 until 2014.

Out of 14,395 participants, nearly a third had detectable levels of 2,4-D in their urine, researchers said.

The data revealed that participants with urine levels of this pesticide went from a low of 17 per cent at the start of the study in 2001-2002 to a high of nearly 40 per cent ten years later.

Researchers added that human exposures to the herbicide are likely to rise even more in the near future as its use continues to grow.

They warned that children can be exposed if they play barefoot on a lawn treated with the weed-killer or if they put their hands in their mouths after playing outside, where the soil or grass might be contaminated with the chemical.

Widespread use of 2,4-D on GMO soybeans and cotton may lead to more 2,4-D moving in the air, scientists said, adding that this could expose more people to the chemical.

They called for further studies to determine how rising exposure to 2,4-D affects human health, especially when exposure occurs early in life.

“In addition to exposure to this pesticide, children and other vulnerable groups are also increasingly exposed to other pesticides and these chemicals may act synergistically to produce health problems,” Melissa Perry, a professor of environmental and occupational health and senior author of the study, said.