Skip to content
Home News Ondas 2021 Awards: Bob Pop: “Hopefully the time will come when fagot stops being something derogatory and becomes a medal” | The Window | Present 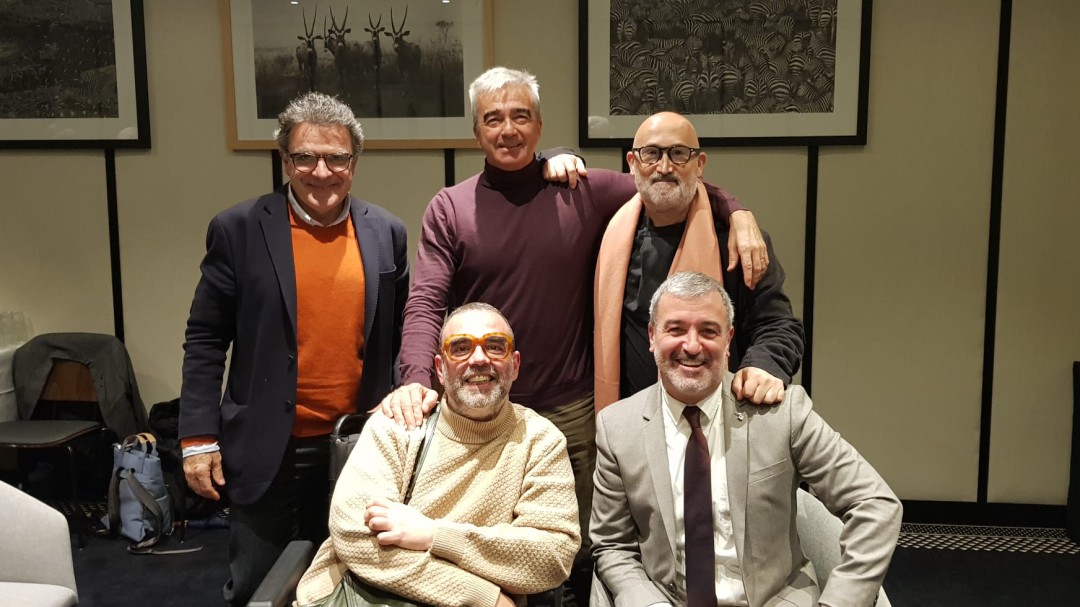 The Ondas Award for the best comedy series has been shared by two works that coincide in the claim through humor. ‘Lost Maricón’ has obtained the award “for teaching us that we can laugh at the most difficult experiences of a life, for showing us how we have changed, for alerting us that each step in social progress must continue to fight and because all dreams cost and leave a mark “.

On the other hand, ‘Vamos Juan’ has achieved it “by showing a version of ourselves, acid, nonconformist, fighter, unconscious … because doing comedy with politics shows how difficult it is to make a good comedy successfully and how difficult it is to it’s being a good politician. “Bob Pop and Javier Cámara have appeared at La Ventana.

A comedy that sees the future

With the participation of Jaume Collboni, First Deputy Mayor of Barcelona City Council, a real politician and a fictional politician have been found in the study. “Being an actor requires a job, yes,” said Cámara, to which Bob Pop has added: “Being a fag isn’t.”

Cámara has reflected on how Juan Carrasco, the protagonist of ‘Vamos Juan’, has won an Ondas Award: “The character has been changing. We are nearing the third season and we are going to a darker and sadder place. We like that evolution ”. In fact, Cámara has affirmed that some politician told him that the series “seemed like a documentary” because of its crazy comedy, although the objective has been “to empathize with the human being.”

The actor has revealed that in the new season the protagonist plays with the famous revolving doors in electrical companies, something that has reminded situations outside of fiction: “A year before the scriptwriters are writing the history of Spain, what happens is that nobody knows”.

See also  The Mancunian Way: A tribute to Turing

From insults to medals

On the other hand, Bob Pop has commented on the happiness that his series ‘Lost Fagot’ has given him, and has admitted that he did not have the expectation of going that far: “When I started I wanted it to be well written and to work once we shot it. When all this happened it was like an extra chapter of joy ”. Something that has surprised Bob Pop is the audience that has consumed the series: “I thought it would be for the ‘boomers’ of my generation and I have realized that it is very transversal. Kids have told me their story and they were excited because the series had welcomed them ”.

Something that the creator of ‘Maricón Perdido’ regrets is the number of stories like his today: “Unfortunately, the series acquired a current notoriety that I wish it had not had.” The title of the series has a reason, and it is the intention of appropriating an insult that has persecuted the LGTBIQ + collective for years: “We want to turn it into a medal. It is to change the meaning and make it ours. Hopefully the time will come when fag stops being something derogatory and we turn him into a medal ”.

The message of a contestant of ‘Pasapalabra’ in support of his trans son during the broadcast of the program has been widely applauded on social networks and other platforms. Bob Pop has taken the opportunity to applaud this father: “It is very cool to sneak into all the cracks that the system leaves us.”