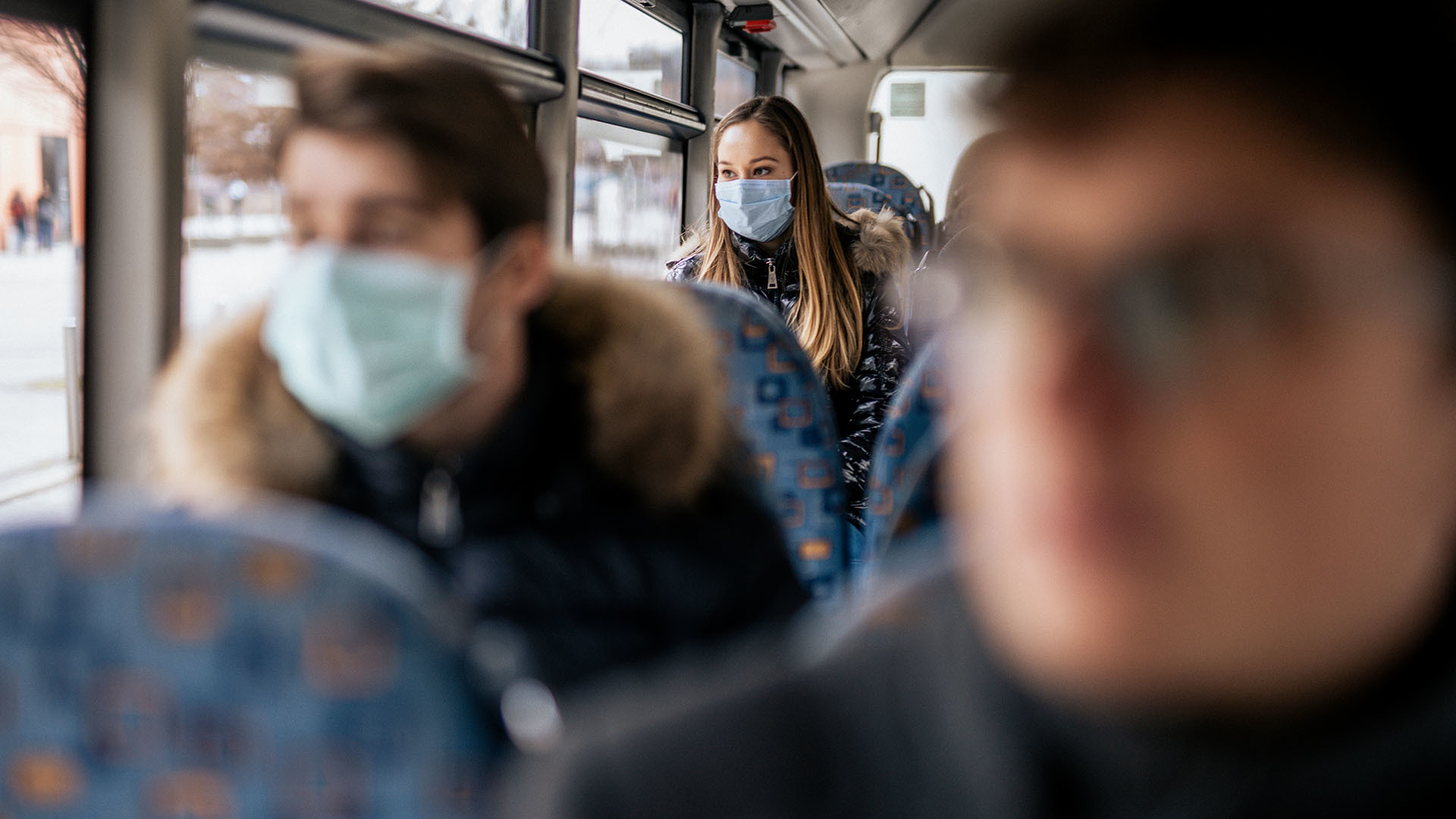 Ómicron has stormed Europe, with more than 2.6 million infections in the last week. The wave of COVID-19 cases that a few weeks ago covered Austria, the Netherlands or Belgium now breaks energetically in Spain, which breaks records for the entire pandemic. The hope that this year’s Christmases would be different from 2021 thanks to nearly 12 months of vaccination is fading with new curfews and restrictions.

Coronavirus deaths and infections have increased the most in countries with low vaccination rates. The new variant has shown a great contagion capacity, even in the most protected countries. But the high vaccination rate, with 67.8% of the EU population on the full schedule, continues to prevent deaths from rebounding as in previous waves.

On the other hand, the same does not happen in hospitals, where revenues are growing day by day despite the fact that the ICUs are not as full as in 2020. The expansion of the new variant, together with the decrease in immunity of the first vaccinated and the reduction in the rate of inoculation during the summer months, has left a door open to the virus that is now being tried to close with the booster doses.

Although the first studies point to a lower level of hospitalization than that caused by other variants, experts believe that it is still too early to speak of a greater severity in infections caused by omicron. Even so, they agree that the rapid increase in cases inevitably translates into more patients admitted.

A late wave that explodes in Spain

In recent days, the European Union has registered its highest number of daily infections of the entire pandemic, while the whole of the continent reports more than 2.6 million new cases in the last week. According to data from the World Health Organization (WHO), between December 13 and 19 COVID-19 infections increased 10% compared to the previous week in a dozen countries. The United Kingdom has been the one that has detected the highest number of cases in the last seven days, almost 508,000, followed by France (358,000) and Germany (283,000).

Spain is among the 15 countries in the world that report the most weekly cases, all European. The omicron explosion has taken longer to reach our country than some of our northern neighbors. Epidemiologists believe it has been for two reasons: a high vaccination rate and a more temperate climate.

The following graphs show the different waves of COVID-19 cases and deaths in a dozen European countries. It is observed that the sixth wave takes longer to start in Spain than in other latitudes and that, in general, high vaccination rates have helped reduce mortality.

“Spain has a more temperate climate and people have taken longer to come back to life indoors“Elvis García argues. The Harvard University Public Health expert also recalls that the transmission of the virus depends largely on contact between people in places with poor ventilation.

However, as the epidemiologist Pedro Gullón points out, this “is the first time that the wave from Spain was later and grew at a slower rate. [que la del resto de Europa]”In his opinion, this phenomenon has had a lot to do with the high vaccination rate (79.7% with two doses). Also that in Spain some basic measures that had already been discontinued in other countries, such as the use of the mask indoors, have not been relaxed. However, he adds, “the massive entry of omicron has caused an explosion of infections.”

In contrast to the previous examples, Germany, with 70.1% of the population with complete regimen, according to data from the European Center for Disease Prevention and Control (ECDC); Austria (69.1%) and Czech Republic (61.4%) have been forced to implement restrictions such as the COVID passport -which is also used in some communities in Spain- or selective confinements, aimed at protecting the unvaccinated.

Both Gullón and García believe that cases will continue to grow in the next few days. With an incidence at seven days (563.6 cases) that doubled that of the last two weeks (911.3), both expect the wave from Spain to continue to rise until mid-January. That it goes further, they say, “will depend on the measures implemented by the autonomous communities and on how aware people are in the private sphere” during the Christmas celebrations.

To avoid unpopular restrictions, such as confinements or closures in certain sectors, Gullón proposes to change the framework and create safe spaces. He suggests taking “measures that have the least possible economic impact, but that can play a role in transmission”, such as setting ventilation thresholds in leisure venues. “Before posing major restrictions, we should not build the house from the roof, but start with more ‘gentle’ measures, which may be more effective, but are less visible and less impactful,” he recommends.

With a high capacity to break the protection against the contagion of vaccines, infect and expand, omicron is beginning to occupy the niche that the delta variant had in Europe. In just one month, the cases of omicron detected by sequencing in the continent have gone from 0.3 to 11%, with almost 3,000 infections of this type recorded in the week of December 13 to 19, according to GISAID data provided by the ECDC.

In Spain, the irruption of the new variant has changed the profile of infections, infecting both vaccinated and unvaccinated. “Ómicron is playing an important role in this dramatic increase in cases, since it largely evades the protection that double vaccination offers against contagion,” says Elvis García. The epidemiologist cites studies that speak that double vaccination barely protects 30-40% against contagion by the new variant.

In this stage, governments have embraced the third dose as a lifeline. The United Kingdom and Iceland have already injected booster vaccines to more than half of their population, Austria exceeds 40% and Denmark, Ireland, Hungary, Malta and Belgium are above 30%. Spain has injected third doses to 25.8% of its inhabitants and has set the goal of revaccinating 80% of people between 60 and 69 years before the end of the year.

The bet on booster doses may explain that the contagion curve in the elderly is practically flat in our country, Pedro Gullón concedes, adding to this factor the degree of mobility and social contact of this population group: “it is very different from that of younger people”.

Hospitals bear the strain, for now

Ómicron is more transmissible and everything indicates that it has the ability to cause mild symptoms with relative ease. But nevertheless, the level of severity that infections with this variant can reach is not yet clear. “It seems that omicron is not going to be so serious thanks to vaccines, even in countries with lower coverage,” explains Gullón. To illustrate this, the difference between cases and hospitalized patients is increasingly greater than in previous waves in several countries.

The following graph shows that the vaccine has decreased daily intensive care admissions in Spain, Denmark, Portugal, Ireland, Italy, France, the Netherlands or Sweden. Instead, the force of the omicron wave has filled the ICUs of hospitals in Belgium, Germany, Austria or the Czech Republic, so that, for experts, it is still too early to draw conclusions.

“The data from South Africa do not seem to show that there is a vaccine leak in immunity for severe cases,” says Gullón. Even so, the epidemiologist quarantines the claim that omicron causes a milder disease.

Elvis García shares the thesis, who recalls that, even if the vaccine protects against a large number of serious cases, “as it is not capable of protecting against contagions and also this variant is much more contagious than the past ones, there will inevitably be more cases in ICU and more deceased “. Now, the expert adds, vaccines are allowing a relatively normal life for now, despite the level of infections; “something unthinkable if we were not vaccinated.”

While a vaccine adapted to this variant arrives or the booster doses are extended to more population groups, experts recall that “We are replicating what happened last year,” including the lack of restrictions. Everything indicates, they say, that the situation will continue to be complicated in the coming weeks and they insist on maintaining caution. We know what to do, but “the great current problem is that there are almost as many measures as there are regions and, thus, it is impossible to stop a virus,” García says.