Skip to content
Home News Ómicron in Europe: France cuts quarantines and the United Kingdom faces a 25% drop in its essential staff | International 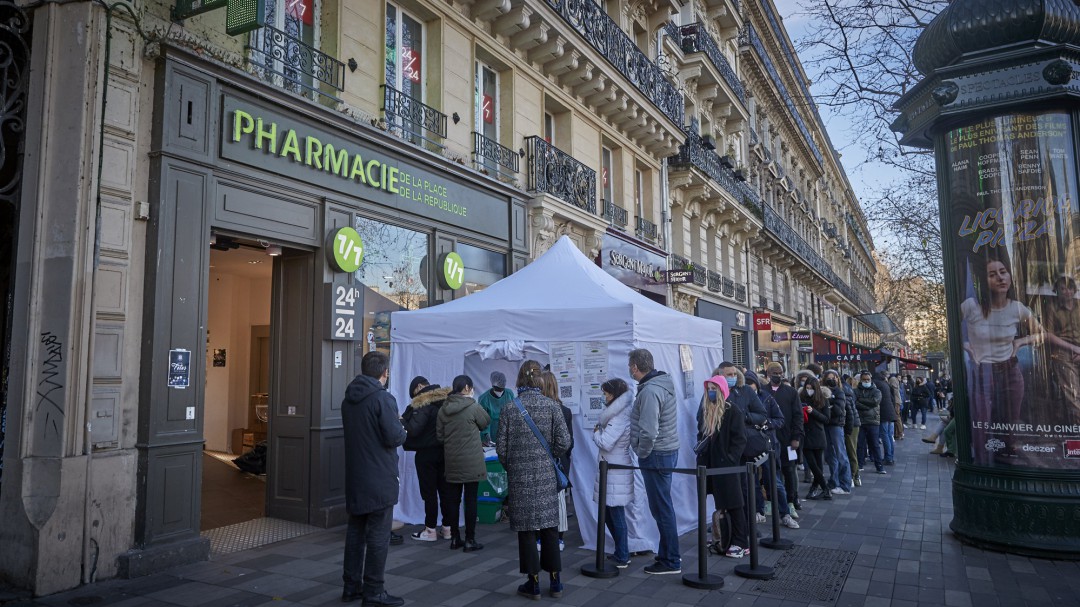 Faced with the advance of omicron, the French authorities have finally adopted a measure that is already in force in countries such as Spain or the United States: alleviate isolations. Specifically, they will reduce the quarantine days for fully vaccinated people who test positive for COVID from ten to seven. This isolation could end after five days if they undergo a test and the result is negative. With this measure, the authorities seek to avoid the collapse of essential services in the face of the tsunami of sick leave, as occurs in the United Kingdom, which is preparing for the absence of 25% of public personnel.

In the United Kingdom, hospitalizations have doubled in the last two weeks before the rise in infections and to continue at this rate “it would be very difficult for the health system to deal with diseases other than the coronavirus”, as explained by Matthew Taylor , the director of the Confederation of Public Health, in an interview on Sky News. In fact, Boris Johnson has asked those responsible for public sector organizations to make “contingency plans” in the event of the possible absence of 25% of the workforce. Calls for “solid preparations” for the “worst case scenario” to anticipate having to cover losses of 10, 20 or even 25%, especially in sectors where it is not possible to work from home, such as Health or Education.

Hospital admissions in the country have reached their highest level since January 2021, while the casualties of health personnel have doubled in a month. Taylor has warned of the escalating “health emergency.” The United Kingdom already imposed a seven-day confinement two weeks ago for those patients who test negative in two self-diagnostic tests, but the Executive fears the effect on the workforce of the omicron variant of the coronavirus, which is more transmissible – although it is believed that its symptoms are milder- and, therefore, the number of people in confinement increases.

The United Kingdom has registered records of infections in recent days, up to almost 190,000 daily on New Year’s Eve – the figures are not updated with the usual frequency for holidays – although some experts indicate that the peak could soon be reached.

In the case of France, the reduction of quarantines also applies to the unvaccinated, but the times are modified: they will have to self-isolate for 10 days, with the possibility of leaving isolation after seven days with a negative test. This was announced by the French Minister of Health, Olivier Véran. In the last 24 hours, 219,126 new confirmed cases have been registered and yesterday Saturday, it became the sixth country in the world to have registered more than 10 million infections since the outbreak of the pandemic.

In relation to the situation of health centers, hospital tension continues to rise, since the authorities are recording about 2,000 admissions per day.

Change of protocol in French schools

Starting Monday, January 3, the health protocol will change at school: if a student tests positive, two tests will be requested from his classmates (instead of one) to return. The Government of France announced last Monday a battery of new measures to face the worsening of the pandemic situation, among which the imposition of teleworking between three and four days a week for the next three weeks stands out.