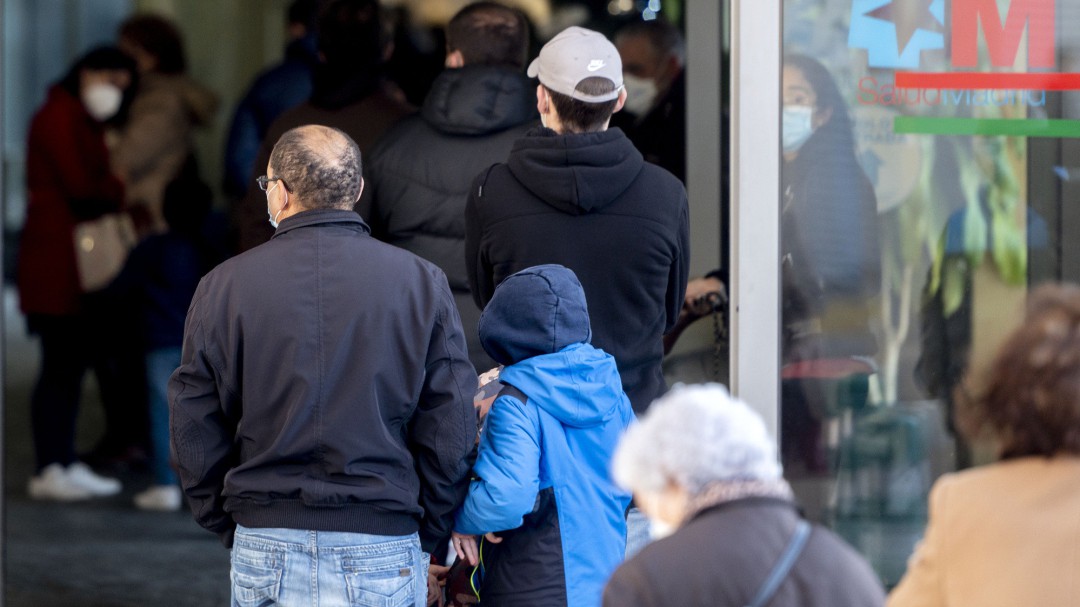 The last week of the year will have us looking at the impact figures of the coronavirus. The Communities that are updating during the morning are confirming that infections continue to increase, although for now the hospital pressure, more or less, is being maintained without increasing at the same rate as new cases.

Advances in the residences, although slower

Covid continues to advance in nursing homes as reflected in the last week counted from December 13 to 19, in which 29 people have died (24 seven days before) and 613 infected (392), although the increase in the incidence of the infection is lower than in the rest of the population.

According to the latest data updated by the Imserso, in which the communities have incorporated some new ones from previous weeks, the total number of deaths with covid-19 or with symptoms compatible with this disease in senior centers since the start of the pandemic in March of 2020 amounts to 30,775 and there are already 101,151 positive people.

These figures show that the number of elderly people who died in centers -29- has almost tripled compared to those registered at the end of November -there were 10-, while infections have doubled compared to that period -613, compared to 304 -.

The highest number of deaths is registered in Catalonia -8-, followed by the Basque Country -4-; Castilla y León and Andalusia -3-; Murcia, Madrid and Galicia -3-; and a deceased in Aragon, Asturias, the Balearic Islands, Castilla-La Mancha and the Valencian Community.

The communities that have updated data this morning confirm that we are still in an ascending phase. Catalonia doubles positives compared to a week ago, something that Aragon also does. For their part, Galicia and Cantabria do not even double them but almost, and Madrid reaches an incidence at 14 days of more than 1800 cases, 81 more than yesterday.

In hospitals, the number of admitted increases, although, as has been happening in this wave, much more slowly than contagions do.

The worst is still in Catalonia where patients in intensive care are already close to 400. Covid-19 does not give truce and infections continue to rise with 399 seriously ill patients in hospital ICUs and 8,742 new positive cases reported in the last 24 hours.

The risk of regrowth (EPG) exceeds 2,000 points for the first time in the entire pandemic and stands at 2,029 points while the cumulative incidence at seven days (IA7) remains at 875 in the week from 17 to 23 of this month, close to the double that of the previous week, from December 10 to 16, the Health Department reported today.

Despite being a Sunday and a holiday in Catalonia, yesterday 10,905 people were treated in primary care centers, more than the 9,352 visited on Christmas Day and 42,161 of those visited last Friday, Christmas Eve but a non-holiday in this community .

See also  Netflix best true crime: Here are 5 of the best new documentaries coming to Netflix in May - including Our Father