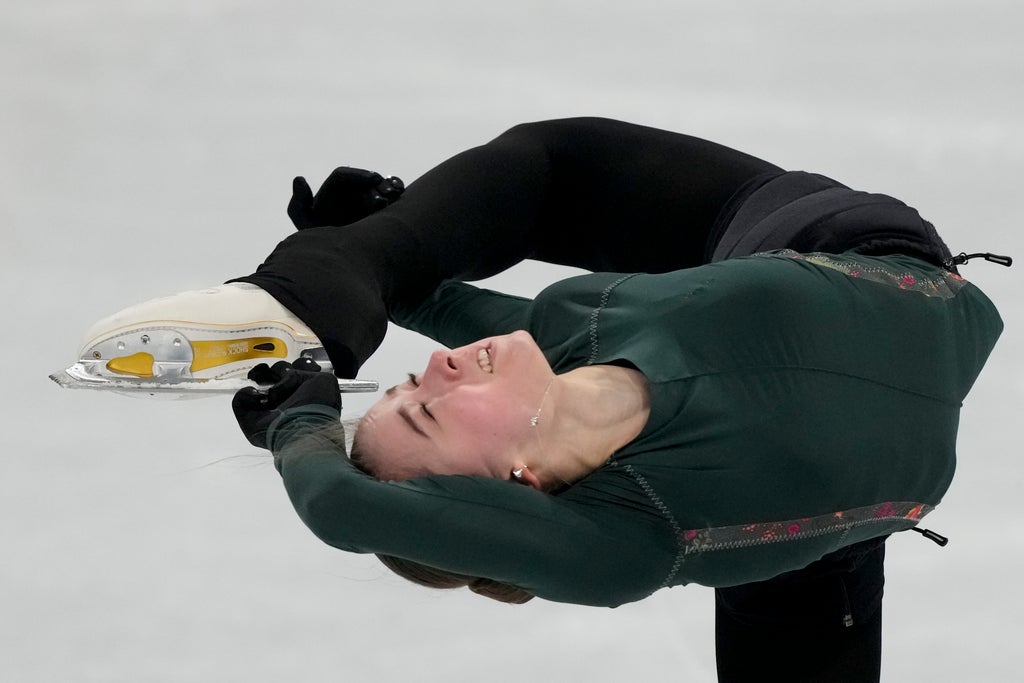 Legal troubles for the coach and others in Russian figure skater Kamila Valieva’s orbit could emerge in the United States even after her doping case from the Beijing Games has been resolved.

Anti-doping experts say the episode falls under the scope of a recently enacted US law that criminalizes doping schemes in events involving American athletes. The law calls for ends of up to $1 million and prison sentences of up to 10 years for those who participate in doping programs that influence international sports.

“Doctors and coaches who give performance-enhancing drugs to athletes are directly liable” under the new law, said one of its authors, attorney Jim Walden. “They are at risk of jail, steep fines, and forfeiture. And I suspect the FBI is already hot on this trail.”

On Monday, The Court of Arbitration for Sport cleared Valieva to compete in the women’s competition this week.

Still unresolved is what to do about the gold medal the Russians won — with Valieva as the headliner — in last week’s mixed team competition. Because Valieva is 15, and considered a “protected person” under global anti-doping rules, the sanctions against her could be light.

That does not exempt her entourage from possible anti-doping penalties beyond the possible stripping of the medal from the Russian team. Walden and others expect those same people to come under investigation by US law-enforcement, as well.

“The latest Russian doping scandal in Beijing is exactly why we passed the Rodchenkov Anti-Doping Act. Doping is corruption,” said Sen Ben Cardin, D-Maryland, who is involved in anti-doping issues.

Walden represents the bill’s namesake, Grigory Rodchenkov the Russian lab director who blew the whistle on the complex, widespread Russian doping scheme designed to help the country win medals at the 2014 Sochi Games and elsewhere. Rodchenkov now lives in hiding.

The Rodchenkov Act wasn’t designed to go after athletes. It targets coaches, doctors and other members of an athlete’s entourage who are accused of arranging doping programs in any event that involves US athletes, sponsors or broadcasters.

The bill, supported by Walden, the US Anti-Doping Agency and others, passed by unanimous consent through both houses of Congress and was signed into law in December 2020. It was considered a remarkable achievement considering the polarization in US politics.

Officials at the White House drug control office in both the Trump and Biden administrations have been critical of global anti-doping regulators. They threatened to withhold funding from the World Anti-Doping Agency but recently paid their remaining dues despite some major concerns.

The law’s first test came last month when federal officials charged a doctor of providing drugs to an “Athlete A,” who The Associated Press identified as Nigerian sprinter Blessing Okagbare.

The IOC and WADA lobbied against parts of the bill. Their main argument was that it gave US law enforcement too much leverage in policing anti-doping cases that occur outside its own borders.

This case — a Russian who was found to have doped on Dec. 25 at a national championship — appears, at first glance, to fit that profile. There has been no explanation about why it took six weeks for the results of her test to be made public. That she was allowed to compete at the Olympics turns it into an international episode.

WADA said in a statement that it was “disappointed in the ruling,” and that it, too, would “look into” Valieva’s support personnel. Russia’s anti-doping agency has also begun an investigation.

But critics of WADA and the IOC argue the bill was passed because the international anti-doping system has proven it can’t police its own. They point to the sanctions handed to Russia over the past eight years as Exhibit A. Part of those sanctions resulted in years’ worth of suspensions and reforms for Russia’s anti-doping agency, which is overseeing this case.

Critics contend the case involving Valieva might not have erupted had the country — whose athletes are competing in Beijing under the banner of “Russian Olympic Committee” due to the sanctions — been penalized appropriately.

“If I were a betting man, I’d say there’s a 95% chance that this is a good case for” the law, said Rob Koehler, the head of the advocacy group Global Athlete.

Though there are harsh penalties under the law, it’s hard to imagine US authorities would ever get their hands on Russians if they were indicted. Still, an indication would have an impact. It could curtail their ability to travel or coach outside of Russia, since the United States has extradition deals with dozens of countries across the globe.

“We need more facts, but you can envision a case like this under Rodchenkov,” USADA CEO Travis Tygart said. “This drug doesn’t just show up out of nowhere. Assuming the facts play out that someone was involved in giving it to her to enhance performance, it fits like a glove.”