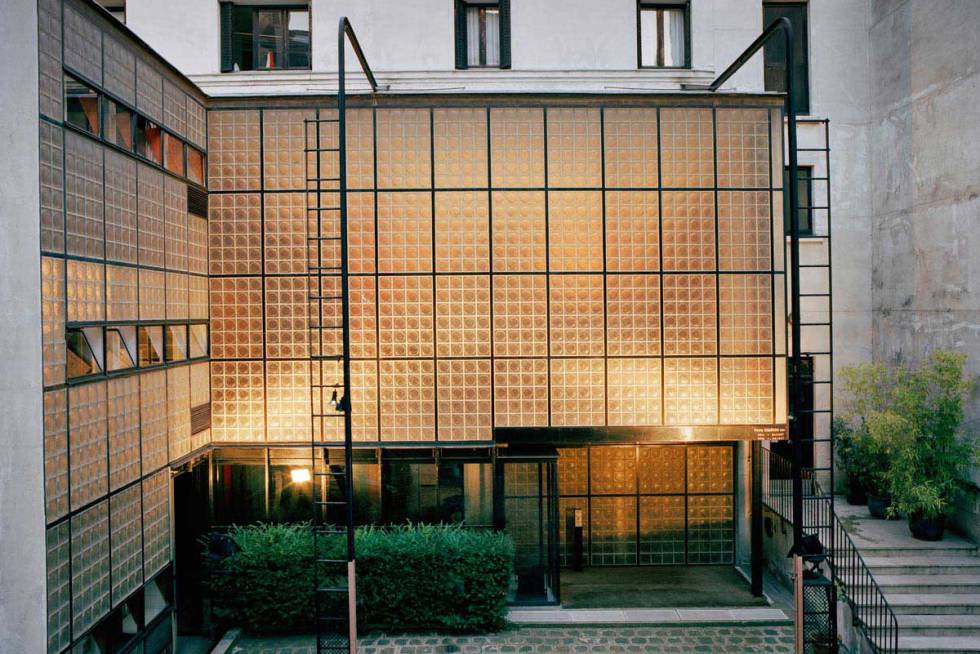 Running away from the star kitsch that crowns the Sagrada Familia of my every day more spoiled hometown, I traveled yesterday to Paris, where I learned that for March of next year the publication is finally announced Premises (Places), Perec’s monumental and unfinished book, an unpublished for many years awaited. I went to Paris and, at the end of the day, I even felt reassured after verifying that there at least everything was still in its place, especially my three favorite places. The first of them, rue Vaneau. As always, at first glance, a quiet road where nothing happens, but where things don’t stop happening underground, perhaps because there are still the worlds of André Gide, Emmanuel Bove, the apartment where Rita Gombrowicz lives, the Syrian embassy, ​​the mysterious Chanaleilles mansion, the Dupeyroux pharmacy, Karl Marx’s first apartment in Paris …

Afterwards, I went to rue Saint-Guillaume, to see my second place in the city: the Maison de Verre (The House of Glass). I could not see the building from the street, but that has always happened because the house is not visible unless one presses a password on the intercom and moves towards the front yard of the property, and that is something I have never wanted to do . It has always seemed enough to be planted in front of that labyrinthine glass house, whose interior for years, having seen it only in a documentary, I suspected had a structure identical to that of my mind. Naturally, my suspicion collapsed the day I made it public and, in amused reaction, the owners of the Maison de Verre, very hospitable Americans, wrote to me inviting me to visit it and thus, incidentally, they said with a sense of humor, I could take a long walk through my own brain. I was so terrified to discover that it was so easy to enter there that I looked for an excuse not to have to go, but yesterday I stood in front of 31 rue Saint-Guillaume and had a good time not seeing the house, but knowing that I was invited to it. The house, in the thirties and when it had other owners, was much frequented by Walter Benjamin, to the point that it influenced his constructivist interpretation of Paul Scheerbart’s utopian project for a “new glass environment that would profoundly transform humanity”. This is how Benjamin defined it at least, for whom living in glass houses was going to be “the revolutionary virtue par excellence”

Then, as if to complete the classic street-house-death cycle, I went to Tiers-Temps, the residence that Samuel Beckett retired to when he got tired of it all. It is a white building located at 24 rue Rémy-Dumoncel, near the Mouton-Duvernet metro. There Beckett wrote his last poem What is the Word. The surroundings are still intact, gray, deeply beckettianos. The Avenida del General Leclerc, for example, continues to inspire a poetry of rare beauty and plunges the clueless stroller into the radical desolation of places that we feel as beautiful as excessively helpless, perhaps because language always collapses there.