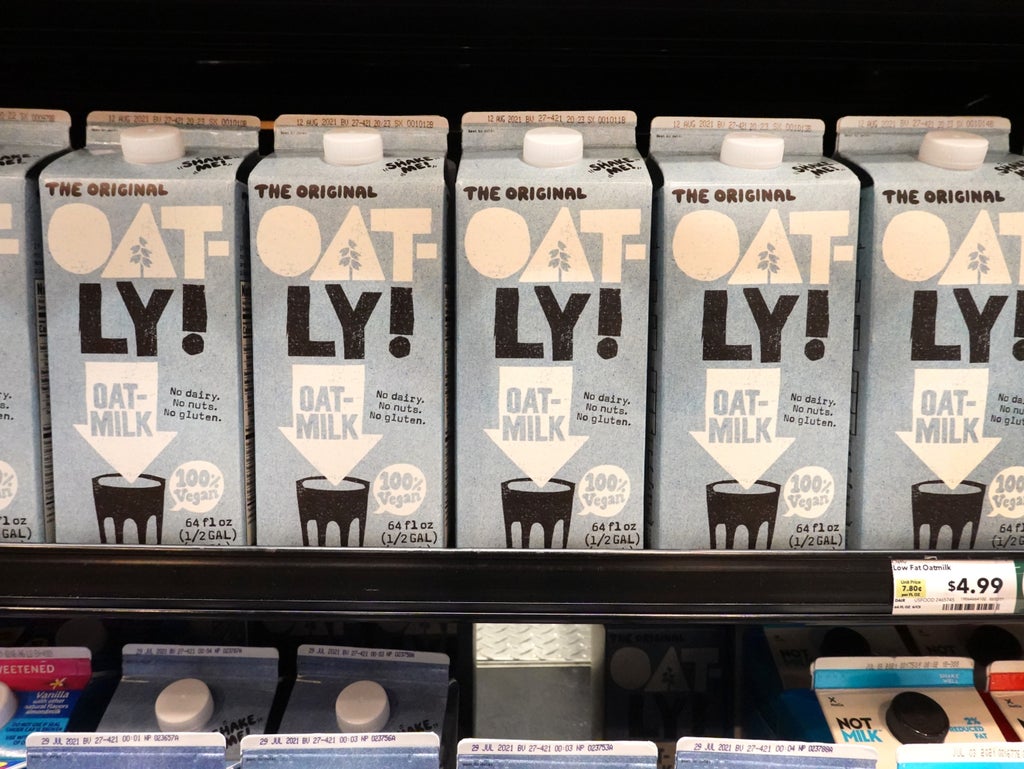 Oatly, the maker of a popular plant-based milk substitute, has been reprimanded by the Advertising Standards Authority (ASA) for making misleading environmental claims.

A total of five of its ads have been banned, including paid posts on Facebook and Twitter, two newspaper ads and two TV ads.

The ads in question made various claims about the food industry and the brand’s environmental commitments.

This included the claim that “Oatly generates 73% less CO2e (carbon dioxide equivalent) than milk, calculated from producer to grocer.”

The ads also claimed that “the meat and dairy industries emit more CO2e than the world’s planes, trains, cars, and ships combined,” and that “25 percent of the world’s greenhouse gases are generated by the food industry, and meat and dairy account for more than half of that.”

An advertisement, published in a national newspaper, claimed that “if everyone in the world adopted a vegan diet, annual greenhouse gas emissions from food would be reduced by 6.6 billion metric tons (a four percent reduction).” .

The ASA investigated the claims after receiving more than 109 complaints, including one from campaign group A Greener World, which said they were misleading.

Oatly said it had received its figures from the product lifecycle experts at CarbonCloud, who calculated the climate footprint of its Barista Edition oatmeal drink “from cradle to store” and compared it to emissions from whole milk from cow.

The ASA concluded that because the evidence was “not sufficient” to support the claim as consumers would understand it, the two advertisements containing the claim were “misleading.”

In addition, the ASA said Oatly’s claim that meat and dairy products account for more than half of the greenhouse gases generated by the food industry was too narrow a definition and could also mislead customers.

The regulator concluded that consumers would interpret Oatly’s claim that “climate experts say removing dairy and meat products from our diets is the biggest lifestyle change we can make to reduce our environmental impact” as “based on a scientific consensus”, when it was the opinion of a climate expert.

It decreed that the ads in their original form must be removed, but could be republished if the claims are changed or removed.

“We told Oatly UK to make sure the basis for any environmental claim was clear, including which parts of the life cycle were included and which were excluded,” the ASA said.

“We also told them to make sure they have adequate evidence to substantiate the environmental claims made in their ads, as consumers would understand them.”

Tim Knight, a spokesman for Oatly said the independent: “It is clear that we could have been more specific in the way we described some of the scientific data. For example, we made a claim that “Oatly generates 73% less CO2e VS cow’s milk.” We should have been more specific and said, “Oatly Barista Edition Oat Drink generates 73% less CO2e compared to whole milk, calculated from producer to grocer.”

“We are a science-based company and pride ourselves on being accurate, but we could have been clearer. We talk about these things a lot, because we want to make it easy for people to make an informed switch from dairy to oatmeal.”