Skip to content
Home News Numismatics: The Deceptive Market for Commemorative Coins That Trade at Exorbitant Prices on the Internet 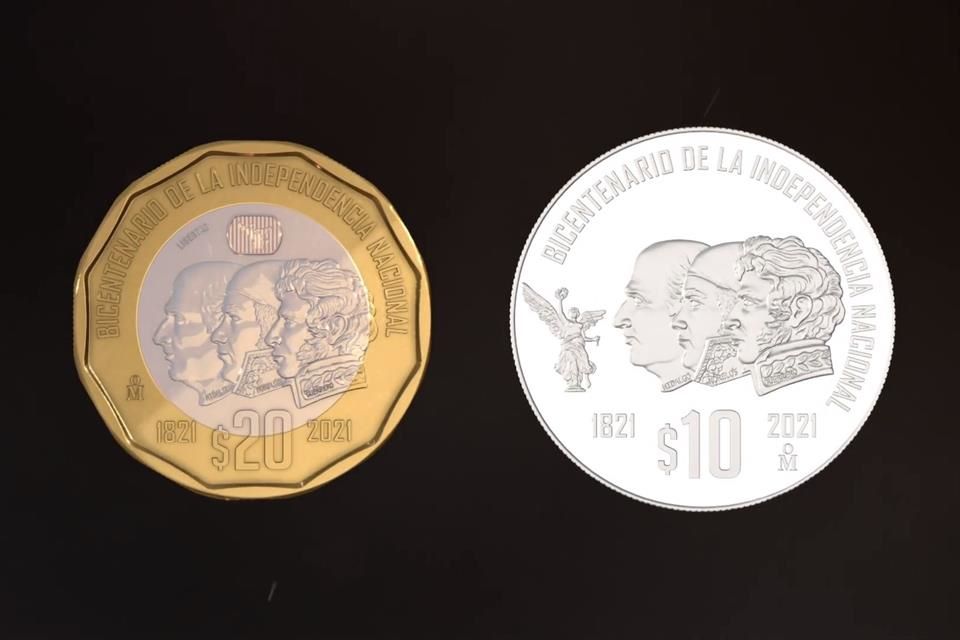 A coin with the profile faces of Miguel Hidalgo, José María Morelos and Vicente Guerrero with a value of 20 pesos (less than a dollar) is offered for 60,000 pesos (about 3,000 dollars) through an electronic commerce platform. Behind the publication, an anonymous seller who does not have enough transactions to calculate his reputation, according to the information available on the website, describes the product as a copy minted on the occasion of the Bicentennial of the Independence of Mexico. This article is part of an illusory market that is sustained by speculation and operates in the midst of the novelty and amazement that is generated in the networks.

In the world of numismatic collecting – the discipline of history that studies money – most of the coins and bills offered on this type of digital platform lack the value for which they are traded. Pablo Casas Rábago, president of the Numismatic Society of Mexico (Sonumex), considers that the lack of a regulatory framework in this type of trade causes prices to skyrocket. “More than a market parallel to the serious numismatic market, what these sellers are looking for is to place their pieces at prices that do not represent reality,” he points out.

In another publication on the same platform, an advertiser has already managed to sell five sets of three 20-peso coins launched last September by the Bank of Mexico on the occasion of the 700 years of the founding of México-Tenochtitlan, of the 500 years of its fall and the 200 years of National Independence. The pieces are made of copper and nickel and have not been put into circulation, according to the seller. It still has 14 pieces available, which is priced at 435 pesos, seven times what the three coins would be worth in any bank or business.

Sellers take advantage of the novelty that is generated every time a new collection of coins and bills is put into circulation, explains Casas. “What they do is grab a fashion,” he explains. “They get a [moneda] and they begin to offer it as something strange, as there are not going to be many ”. Thus, they create a kind of illusion that there is a shortage of items that can be collectibles, he warns.

The same thing happened a year ago when in December 2020 there was a boom in the supply of copies of the 50 peso coin from the 80s with the image of Coyolxauhqui, the Aztec goddess of the moon, remember. “This phenomenon is not new. We do not have to go very far back, there are coins and bills from the 70s here, which are very common, which were printed or minted by millions of pieces, and which are not really worth much more. For example, the 50 peso Coyolxauhqui is bought by the kilo ”, he indicates. However, there are still platforms that offer it for up to 150,000 pesos, despite the fact that about 400 million copies were minted of this currency.

The numismatic specialist doubts that any collector has come to pay those prices. However, he believes that these publications cause misinformation and profit from deception. “I can put a pencil in Mercado Libre and say that it is unique, that nobody has it and put it at 800 pesos, someone needs to buy it for me,” he exemplifies. “But when it happens we try to warn why there may be people who get excited and buy, and it would be very worrying if they end up spending a lot of money for something worth 20 pesos,” he says.

On the other hand, the surprise caused by the supply of pieces at stratospheric prices, he adds, also causes disappointment in people who realize that they have a commemorative coin or bill in their pocket and want to earn an extra income. “We have not heard of someone who has bought a piece of these, but we have heard of trading partners that derived from these publications people come to their shops and tell them: I have this coin that says it costs 5,000 pesos on the Internet, they explain and people get upset, they feel cheated ”, describes the president of Sonumex.

“You have to be very careful and do a preliminary investigation and not be guided by the prices indicated by the platforms, especially if they are very exaggerated prices because it is most likely not true,” he recommends. On the other hand, he affirms that there are serious merchants who use digital platforms as one more channel to obtain clients. However, gaps in the regulations hereby do not guarantee the veracity or origin of the object. “What you are buying is what you have to receive. If you receive it, but you paid 7,000 pesos for a 20 coin, that is already off the platform, “he warns.

With the oldest Mint on the continent, the Mexican numismatic tradition has been developing in the country for more than five centuries. This branch of history also studies decorations, bonds, stocks, documents related to value and even the new manifestations of electronic money, such as bitcoin.

How to start a numismatic collection

Beyond the price of each object, for numismatics the most important thing is its historical value, says Casas. “It’s like a window in time of what was happening at the time that piece was broadcast,” he says. “A ticket can transport you to the time of the Revolution, it is a historical moment reflected in a piece.”

For those who want to enter this world and start their own collection of coins and bills, the expert advises to first find an approach based on the available budget. “For example, if you like coins, you can start a collection of coins from your year of birth,” he says. “There are going to be some cheap and others more expensive. There are pieces that are very, very accessible, that are even sold by the kilo ”.

Another idea he proposes is to start with the coins and bills that are currently in circulation. “Now that the family of banknotes in circulation has just been renewed, that we are with the G family, it may be a very good time to start a collection,” he recommends.