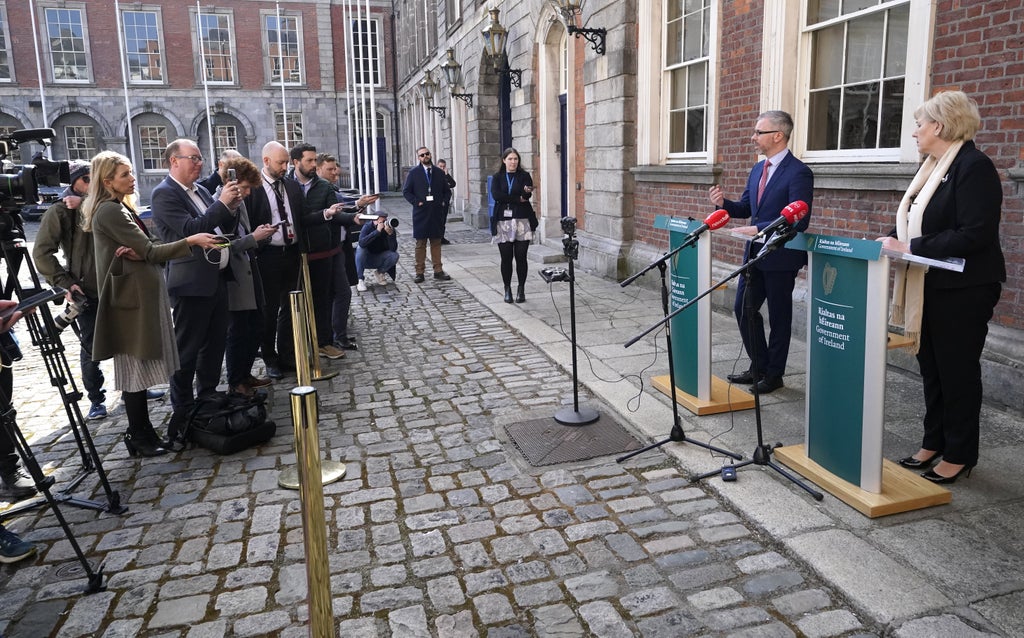 Over 10,000 Ukrainian refugees, mostly women and children, have arrived in Ireland since the war began in the eastern European country.

At a Cabinet meeting on Tuesday, attended virtually from Washington by the Taoiseach after he tested positive for Covid-19 last week, the Government continued preparations for tens of thousands of Ukrainian refugees arriving into the country in the coming weeks.

Earlier, the Agriculture Minister said that it was possible that 200,000 Ukrainians might arrive into the Republic of Ireland in the months to come, with the Government pledged to take in 2% of all refugees who flee the war-torn country.

The Minister for Children, Equality, Disability, Integration and Youth confirmed on Tuesday that 4,000 Ukrainian refugees have sought state accommodation, with 2,200 in hotels.

Roderic O’Gorman also said that the Government was working with state agencies and religious organizations in a bid to secure longer-term accommodation.

“We are only 27 days into this crisis.

“There are significantly more amounts of work that needs to be done,” Mr O’Gorman said at a post-Cabinet briefing.

“We are now looking at the ways we can accommodate large numbers of people in the medium-to-long term.”

“I think it is important to say we are taking as wide a review as possible on this.

“We are aware of the scale of the challenge.”

Speaking alongside him, the Social Protection Minister Heather Humphreys confirmed that anyone who takes in a Ukrainian refugee will see no impact to welfare entitlements.

There had been concerns raised that anyone in receipt of a living alone payment would be disqualified if they took in a Ukrainian refugee.

She also said that the vast majority Ukrainians arriving into Ireland were women and children.

Agriculture Minister Charlie McConalogue received Cabinet approval on Tuesday for a 12 million euro (£10 million) package for tillage farmers in a bid to boost production amid the disruption caused by the war in Ukraine.

Farmers have already reported a spike in the cost of fertilizer and animal feed.

However, I have acknowledged the growing burden of high costs facing farmers.

“It will be more challenging this year from a cost point of view, from a supply chain point of view, I think we will meet those challenges and we will continue to ensure that we produce food as we normally do, and indeed supply internationally as well,” he said.

Speaking on his way into Cabinet, Tanaiste Leo Varadkar said: “What we are seeing unfolding in Mariupol are war crimes, there can be no doubt about that.

“Something we didn’t think we would see again in the 21st century in Europe.”

He said that he believed the economic impact of the war in Ukraine on the country would be “manageable”.

However, he did not underplay the extent of the challenge facing the country, noting that 100,000 refugees would amount to an approximate 2% increase in the Irish population in a matter of weeks.

Foreign Affairs Minister Simon Coveney said that the Republic of Ireland had no choice but to act.

“The number of people who have currently fled from Ukraine into the EU is the equivalent of every woman and child in Ireland.

“The expectation is that that number could increase significantly further.

“I think every country in the EU is planning for that and Ireland is no different.

“This isn’t a question of whether we can accommodate X number of people, it’s how we will.”