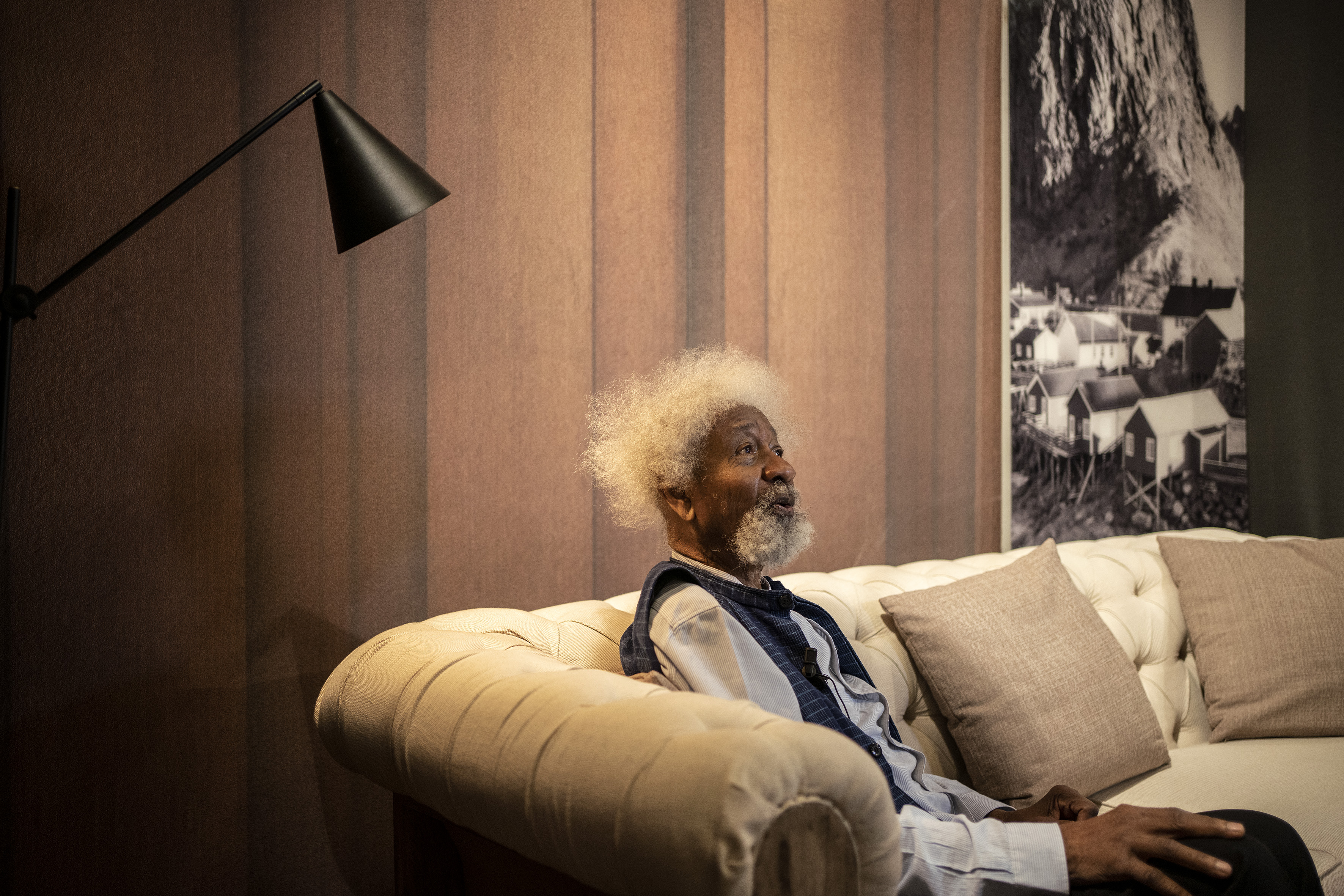 More than 600 pages have needed the 1986 Nobel Prize for Literature, Wole Soyinka (Abeokuta, Nigeria, 87 years old) to express the need to express his current anxiety and concerns. After almost 50 years of silence, his return to the novel as a vehicle of active commitment against the abuse of power has been so forceful. We could use this piece of projectile weapon if it were not because reading it opens the mind much, much more, although not without difficulty.

Chronicles from the country of the happiest people on earth (Alfaguara, 2021), whose publication, deliberate on the part of the writer, coincided with the 60th anniversary of the independence of Nigeria, is a book written from the perspective of a man who has lived under a constant demand for active defense of everything that undermines the human being. What came before went from 24 months in prison to enduring an improvised escape on a motorcycle into exile. It is, then, the latest finding that the Nigerian is reluctant to stop being true to himself and for that reason tries to put under the spotlight, through fiction, the new ways in which power is hidden and its dark tentacles. Which, with his almost 90 years, in a world in which many people declare themselves defeated and throw in the towel much earlier, is very much appreciated and admired.

Soyinka has chosen on this occasion the novel, without being the literary genre in which he moves more comfortably. After the performers (1974) Y the station of chaos (1972), this authentic literary titan has provided a mammoth, brilliant and imperfect work. An immersion, full of meanders and depths in a contemporary Nigeria where everything seems different to verify that nothing really is. Again using irony, which he defends tooth and nail, and humor as essential tools to be able to penetrate the social and political realities that, with his incorruptible attitude of rebellion, he forces us to look at.

In line with the previous works mentioned, Soyinka does not evade the reality that surrounds him and expresses it with honesty, no matter how uncomfortable and even dangerous it may be for himself, always calling for the urgency of destroying a single point of view, be it religious or political. As I begin to read this, his third and last novel, described as thrilleranalysis of the soul of a country and above all of satire, a certain deja vu with the performers. In that play there were five friends, university graduates, who had studied and traveled abroad and who were returning to independent Nigeria, trying to find their way within the new political structure, in a society dominated by confusion, hypocrisy, materialism and corruption.

Not far from that reality, in Chronicles from the country of the happiest people on earth, are four childhood friends who advance the plot in a country that is not named, but has too many connections with Nigeria. One of the great milestones of this novel is the friendship of two of them; Duyole, the engineer, and Menka, the surgeon. The tableau is completed by the corrupt politician and the false preacher in an environment in which there is continuous pressure on individuals to give in under the weight of threat or death. “Religion, as always, is the excuse,” says one of the characters when analyzing the birth of fundamentalism right in the place where the gold begins to flow.

See also  Stagflation: are your savings at risk?

In the magma of the Yoruba universe, Soyinka offers us a plot that talks about the trafficking of human organs and the trafficking of souls in his country. The body ceases to be sacred to be scattered in pieces after the explosion of the Boko Haram bombs, while the surgeon tries to put the atrocity back together. The body becomes sacred again when trying to recover it, magnificent pages that narrate the tribulations that Menka goes through to return the body of the friend to his family and society from distant lands and the need for rites; to give rest in the place he deserves.

Absorbed by the meanders of a narrative that delves into the interior of a mass of individuals who make fanaticism, madness, aberration and death endure, in the face of another that tries to rebuild, heal and initiate, we ask ourselves dozens of questions. Soyinka conveys to us that something has been broken in his country and the difficulty of putting it back together. The above sounds familiar to all of us and Soyinka knows it. That is why he has brought out his obsessions again, in an attempt to find possible ways out of a crossroads full of mismatches and disagreements between human beings, without false promises, from the foundations of a damaged tissue that he observes with pain, but to which this giant never let it stop beating.