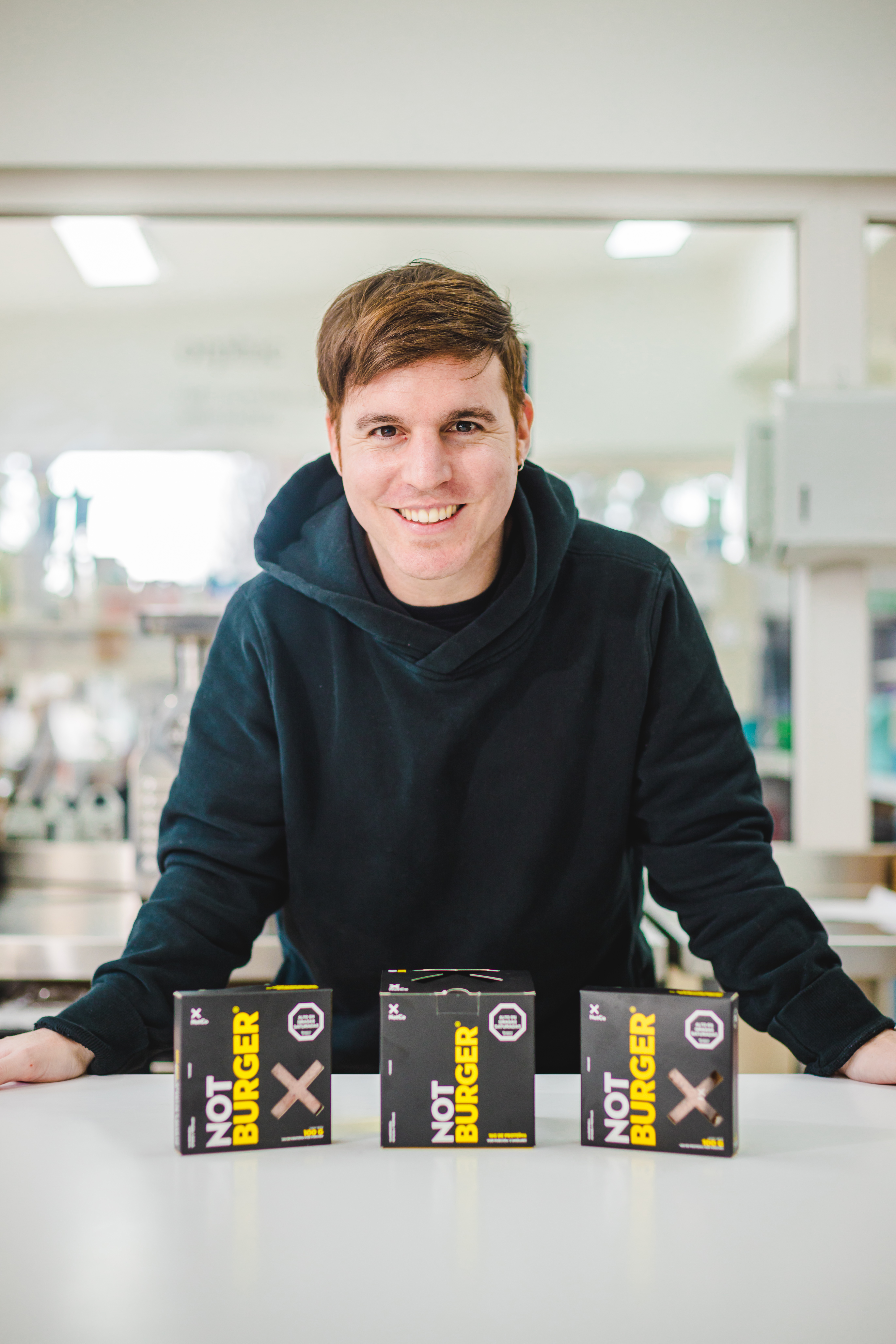 Instead of a kitchen, Matías Muchnick imagined computers. The 33-year-old Chilean, frustrated with the food industry, met with a couple of scientists to change the way food is produced. The result was an algorithm capable of designing vegan products that require far less water, land, and resources than animal-based ones, but with the same flavor, and for Wall Street, this idea is worth $ 1.5 billion.

At the end of July, the NotCo firm became the last Latin American company to achieve the status of Unicorn, as companies valued at more than 1,000 million dollars are known. Its investors include Jeff Bezos, tennis player Roger Federer and Formula 1 driver Lewis Hamilton. The vision of the company is equal to or greater than the celebrity of its investors.

The history of NotCo (also called The Not Company) began five and a half years ago, when Muchnick, together with computer scientist Karim Pichara and doctor of biotechnology Pablo Zamora, set out to create a food company more like a pharmaceutical than a traditional food industry company.

“I left a supermarket more confused than when I walked in,” says Muchnick in a video call from New York. “I did not know what was good, what was bad, you said ‘I love this yogurt’ then you turn the label and say anything, nothing useful was read to it, I did not understand anything. Much of the origin of the concept Not has to do with that: all supermarket products should be called Not, because they are not what you think they are. At least we have to be honest. “

The technology used in the food industry, Muchnick says, is outdated. It is the same that was used 80 years ago and is not based on data collection or analysis at the level that, for example, a pharmaceutical company is. “When you go to a research and development laboratory, you see three people in white coats in an experimental kitchen doing tests and reading. papers of 1980 on how to apply soy or corn to replicate ingredients of animal origin. That was science. One cannot ask much of a system that works with very old technology ”.

NotCo developed Giuseppe, an algorithm that recognizes underlying patterns between the components of food and human perception, that is, in flavors and textures (something that a human being, no matter how much he experiences in a kitchen, is not capable of doing). “We have thousands and thousands of plants and we have no idea what they can do. We have no idea if the combination of cabbage and pineapple could turn out to taste like milk, because a human being can’t think of it, ”explains Muchnick. “Now a computer simulates it and it’s easier to predict that.”

NotCo produces milk, ice cream, hamburgers, and mayonnaise made from fruits and vegetables that taste like animal products. In Chile, 5% of the hamburgers consumed are NotBurgers. Little by little they have been entering the market in Argentina, Brazil, the United States, Canada and now they are about to arrive in Mexico. In the US, their non-dairy milks are sold by the Amazon-owned Whole Foods chain. After reaching all of Latin America, they hope to reach Asia and Europe. Its growth has been accelerated. From 2017 to 2020, each year, the company tripled its size, sales and production. NotCo plans to bring its 300 employees now to 500 by the end of 2022.

Muchnick speaks confidently and confidently about his generation, the one that grew up on social media and Netflix, watching documentaries like Cowspiracy, Fed Up y What the health, about how dysfunctional and toxic the food industry has been for the past 50 or 60 years. “It’s a whole generation with a more consumer perspective,” he says, as an employee in his offices passes after him with a mask. “The generation that was going to question everything much more, that was going to link cheap steak much more easily with environmental impact.”

“When we grew up, our parents put food on the table and nobody asked anything. It was, ‘to eat’, because there was much less knowledge of all this. But not this generation. Therefore, any vegetable diet is going to be essential. Considerations of sustainability in decision making must be drastic, they must change. And that’s where NotCo starts, from ‘let’s change the technology behind the industry’ to generate better, more efficient, more sustainable products. An industry that talks to the next generation consumer ”.

Of the 10 most common causes of death in humans, seven are related to diet, says Muchnick. The environmental problems generated by climate change are also caused by the food industry due to deforestation, the abuse of water resources, the loss of species and the depletion of marine resources. Beyond the health benefits of a vegetarian diet, what NotCo offers, Muchnick says, is a new way to take advantage of natural resources without exploiting the planet.

For now, NotCo is focused on generating products that replace those of animal origin, but they do not rule out creating something completely new. “Why not?” He says with a smile, “I always use the analogy of Tesla, a company of software which ends up being car from what they think. To generate a car that can be driven, they only made such good technology that they were able to make a robot ”. “We are always looking for the NotCo robot,” he adds, “how can we take this technology to the next level? Beyond the foods that we already know, it is what comes next ”.

See also  Citizens: Arrimadas: "With this government the labor reform could be much worse" | Spain