‘Do doo do doo-do, BN BN’ – those that remember the annoyingly catchy theme tune of the BN biscuit advert in the 1990s will be pleased to know they’re making a comeback this month.

The smiley biscuit – made up of two bases with a filling of either chocolate, vanilla or strawberry – was at the center of many conspiracy theories and petitions when it was pulled from shelves in the early noughties.

They then returned in 2013 before another four-year hiatus.

READ MORE: ASDA is bringing back a retro 90s’ lunchbox item from McVitie’s

Back in the day, they were one of the most coveted snacks at break time on the playground.

But what else was a staple to a ’90s lunchbox?

Here, we take a look at the nostalgic sweets, chocolates, and drinks of the era that hold fond memories for many – some of which are still sold in stores today and online.

Dairylea as a cheese brand was born in the 1950s, and has continued to expand.

By 1996, they introduced their crispy breadstick and cheesy dip combos with Dairylea Dunkers and two years later, they launched their revolutionary DIY lunches with Dairylea Lunchables.

Kids could build their own crackers with mini squares of cheese and ham.

These days, they’re branded as Dairylea Snackers, and come with a choice of chocolate buttons and Oreo biscuits.

These hard cola-flavoured sugary sweets were made by Bassetts and were a frequent purchase by corner-shop visitors.

You can still get your hands on Fudge chocolate bars, but they were definitely more popular in the 90s.

Chomp isn’t readily available in supermarkets, but the 25p bars with a chewy caramel center are available online.

Both are slim, small bars, but pack a punch.

Push pops were the different flavored lollies that you could push up or down inside its plastic tube – great for saving a bit of sugar for later on.

They became a bit of an accessory on the playground.

Pringles in a case

Another super glam accessory for your backpack was your very own cute Pringles case.

It was unsavory to snack on the crisps straight from the tube, so if you were one of the lucky ones, you’d snack from your own glittery case instead.

You wouldn’t be caught with these at school, but they were more of a treat to impress friends with how cool you were after-hours and on weekends.

Variations of candy cigarettes had been around for years and were a big hit with 90s kids.

Though it was argued they encouraged smoking among youngsters, which ultimately led to their axing.

While the Freddo bar came about in the 60s, they were a favorite among 90s kids scouring their local corner shop.

They were as cheap as 10p, and the caramel-filled variations used to be known as Taz bars.

The Loony Tunes character (Taz the Tasmanian Devil) bars were released alongside a relaunch of the Freddo in 1994.

Taz bars were later pulled and replaced with the Freddo the frog character.

These were a gamechanger when the aerated milk chocolate bar launched with an added mint layer in 1995.

But much to the horror of fans, they were discontinued in 2003.

Another favorite was Time Out, marketed on giving yourself a well-earned break.

The chocolate bar was introduced to the UK in 1992, and sold in pairs, consisting of a chocolate ripple center and wafers smothered in Dairy Milk chocolate.

In 2016 they were rebranded as the Time Out Wafer, without the inner chocolate ripple. 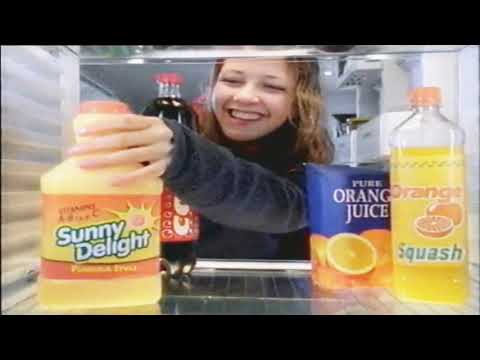 Children in the 90s were hooked on SunnyD with its distinctive orangey artificial taste.

It came about in 1968 in the US and crossed the pond in 1998. Following a huge promotional campaign, it became the soft drink of choice – until parents raised concern over its sugar contents.

The drink relaunched again in 2009 with a new formula and is sold in supermarkets today – advertised as providing 50 per cent of your daily Vitamin D per 250ml glass.

“Get the Sunny D feeling,” they say.

What were these really? Made by Kellogg’s, Winders was a fruity gooey roll the cool kids unwound and tore off to give to friends to boost their playground cred.

Another long reel of gooey stuff you could buy that never disappointed was the Hubba Bubba six-feet long tapes.

These deliciously strong pickled onion crisps could leave you in tears over their flavour.

The cosmic corn snack launched in the late 80s but were a favorite in a 90s lunchbox – and retailed at just 10p.

Another super sour treat that was a bit of a fun challenge was the Brain Licker – a tube of sour liquid that tasted of just pure chemicals.

Still popular today, these yogurt tubes were a no-fuss must-have to balance out your lunchbox for some extra nutrients.

The little pots of chocolatey goodness by KP made everyone at break time jealous.

On one side there was a collection of breadsticks, and on the other side, a pot of milk chocolate.

It was a difficult task making sure you had enough chocolate left for the last breadstick.

Another fashionable snack of the 90s was candy necklaces.

You’d buy the colorful chain and wear it with pride, then eat the sugary beads as the day went on.

Panda Pop were the little bottles of fluorescent fizzy drinks that kids would go crazy for.

Following an outcry from health campaigners, there were axed in 2011.

Up until 2001, another colorful and fruity juice drink that was a fun favorite was Squeeze-it.

As the name suggests, you had to twist the top of the plastic bottle then squeeze the liquid.

Which ones were your favourite? And can you remember any more? Let us know in the comments.