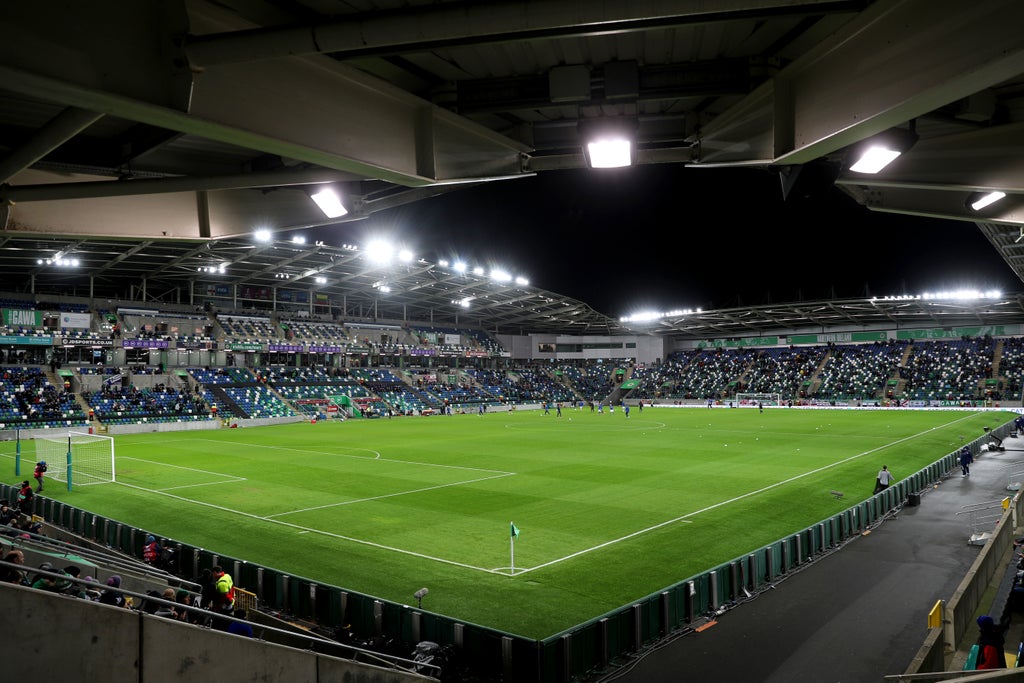 Northern Ireland say they remain part of the UK and Ireland bid to host Euro 2028 despite a Stormont minister warning support in principle for it cannot be provided at this stage.

DUP economy minister Gordon Lyons said the lack of a properly functioning powersharing Executive and agreed budget means the region cannot commit to the “in principle” support to the bid that has been offered by England, Scotland, Wales and the Republic of Ireland.

However, the Irish Football Association said on Friday: “We had an urgent meeting with the Economy Minister this morning where he clarified his comments and reaffirmed his commitment to work with us.

“We are satisfied with this and look forward to contributing to an exciting Euro 2028 bid.”

A statement from the five bidding associations issued on Wednesday, confirming they had submitted an ‘expression of interest’ (EOI) in hosting the tournament to UEFA, acknowledged the specific difficulties facing Northern Ireland.

“The governments of the UK, Ireland, Scotland and Wales have confirmed their support for the EOI submission and, given the Northern Ireland Executive is currently not meeting formally, officials there continue to observe the process closely,” it read.

In a letter to the remaining members of the Executive seen by the PA news agency, Lyons had written: “The cross-cutting nature of Northern Ireland participation in the Euros (bid) and the lack of both a decision-making mechanism and agreed budget means NI cannot provide ‘in principle support’ for the bid at this stage.”

The minister said his officials will continue to observe work on the bid, with the potential of a future Executive agreeing to formally support the endeavor at a later stage.

He said a projected investment of £101.6million in Northern Ireland’s hosting of the Euros would yield a return of £217m.

This cost-benefit analysis, he said, was based on Euro 2028 featuring 32 teams, as is widely expected, and Northern Ireland hosting seven finals matches.

The national football stadium at Windsor Park in Belfast has a capacity of 18,500 – significantly short of the 30,000 minimum required for hosting games at the Euros.

Matches could potentially be staged at the Gaelic Athletic Association’s nearby Casement Park, but it currently lies derelict. A plan to redevelop the venue into a 34,500-capacity stadium has been beset by delay and controversy and is currently subject to the latest in a series of legal challenges brought by local residents in west Belfast.

On Thursday, the official spokesman for British prime minister Boris Johnson said he was “entirely committed” to backing the UK and Ireland bid after appearing to suggest in interviews earlier that day that the 2028 finals should be awarded to Ukraine.

Johnson described the shock decision of Russia to declare an interest in hosting the 2028 or 2032 Euros amid its invasion of Ukraine was “beyond satire”. His spokesman said the Prime Minister would very much like UEFA to dismiss the Russian bid.

See also  Why Didn't They Ask Evans? review: A classic caper with some sadly listless performances