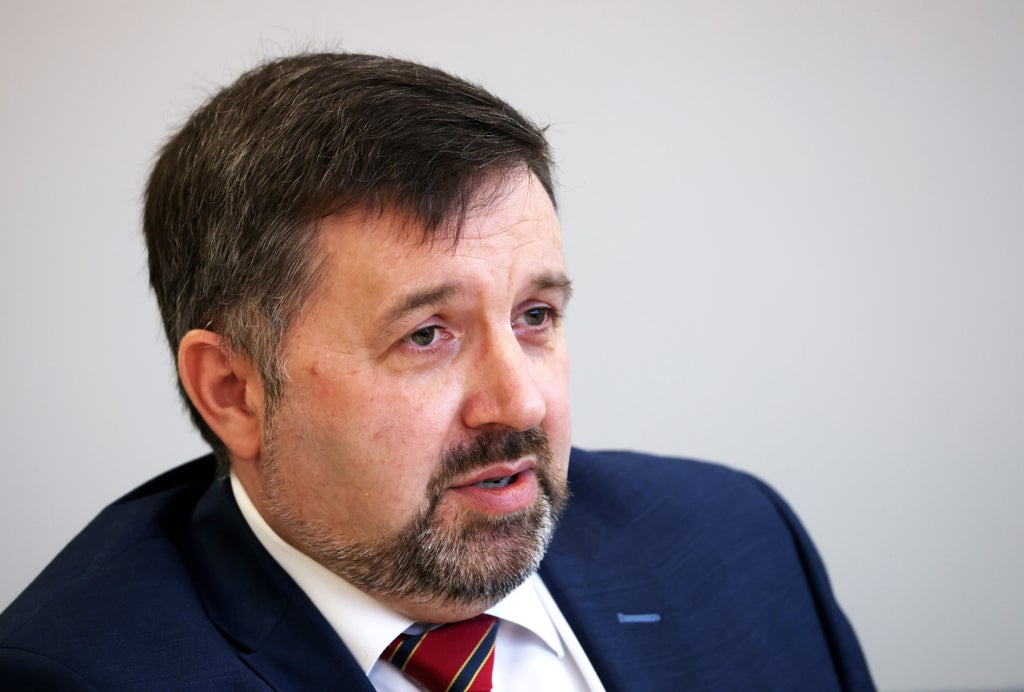 All remaining Covid-19 legal restrictions in Northern Ireland are to be lifted and replaced by guidance from February 15, the Health Minister has said.

However, Robin Swann urged the public not to “jump the gun” and warned that the pandemic is not over.

As things stand in Northern Ireland, people are still required to wear face coverings in public places and Covid certificates are needed for nightclubs.

Earlier, Stormont ministers had given their “unanimous support” to Mr Swann to ease Covid restrictions in Northern Ireland, according to Sinn Fein’s leader in Stormont Michelle O’Neill.

Mr Swann, who has himself tested positive for Covid, was advised last week on the potential legal complications of him replacing Covid regulations with guidance, without the wider endorsement of an executive.

He wrote to other ministers asking for their input and for them to respond by Monday.

The present Covid-19 regulations in Northern Ireland were not due to expire until March 24, but were previously reviewed by the executive every three weeks.

Mr Swann, who is continuing to work from home, had been considering whether removing restrictions would cut across the responsibilities of any other ministers.

In a statement on Monday, he said: “Today’s announcement follows consideration of legal advice from the Attorney General and consultation with all ministerial colleagues.

“It moves our response against Covid into a new phase. With the reduced threat from the Omicron variant, we can move away from an emergency and legalistic framework to a new approach where making safer choices is embedded in our daily lives.

“That means all of us continuing to do our best to cut down risks of infection and transmission. It means looking after each other by following the public health guidance.

“It must always be remembered that taking unnecessary risks with Covid may affect people who are particularly vulnerable to the virus.

“So please do not jump the gun and start behaving as if the pandemic is over. That is not the case.”

He added: “The most vulnerable as a result of underlying disease remain susceptible to severe illness and it is important that we all do what we can to protect them.”

The Health Minister said that he would keep the current situation under review.

He said: “Coronavirus is likely to stay with us in some form for some time. We cannot maintain emergency restrictions indefinitely. A large part of what we currently do to protect ourselves is already covered by guidance rather than regulations.

“This includes self-isolating when infected and taking lateral flow tests before meeting up with others. The guidance will continue to emphasize all the steps that we should keep taking to protect each other.

“I will, of course, keep the situation on regulations under ongoing and detailed review. We cannot rule out a new variant emerging down the line with new interventions being required. I very much hope that will not be the case.”

Mr Swann said he had been advised by health officials that the decision to ease restrictions would likely not create a major rise in the number of people in intensive care.

In a letter to Executive ministers on Monday, seen by the PA news agency, Mr Swann warned that he will not be able to re-introduce restrictions unilaterally if the Covid-19 situation worsens.

“Although it has been possible for me to relax these last statutory restrictions without reference to the Executive, I am acutely aware that I would not be in the same position – nor would I wish to be – if I were called upon to re-introduce restrictions, or introduce new restrictions, as a result of a new variant for instance,” he said.

“As ministerial colleagues will be aware I intend to ensure that the Department of Health retains temporary powers under public health legislation to act in response to urgent need; but I am aware that even with these powers in place, it is hard to foresee the circumstances under which they could be exercised, if the Executive is not restored.”

“This decision should never have been placed in jeopardy by the DUP which has prioritized political stunts over the needs of the people we all represent,” she said.

Meanwhile, two more people who had previously tested positive for Covid-19 have died in Northern Ireland, the Department of Health said.

Another 2,465 confirmed cases of the virus have also been notified in the last 24-hour reporting period.