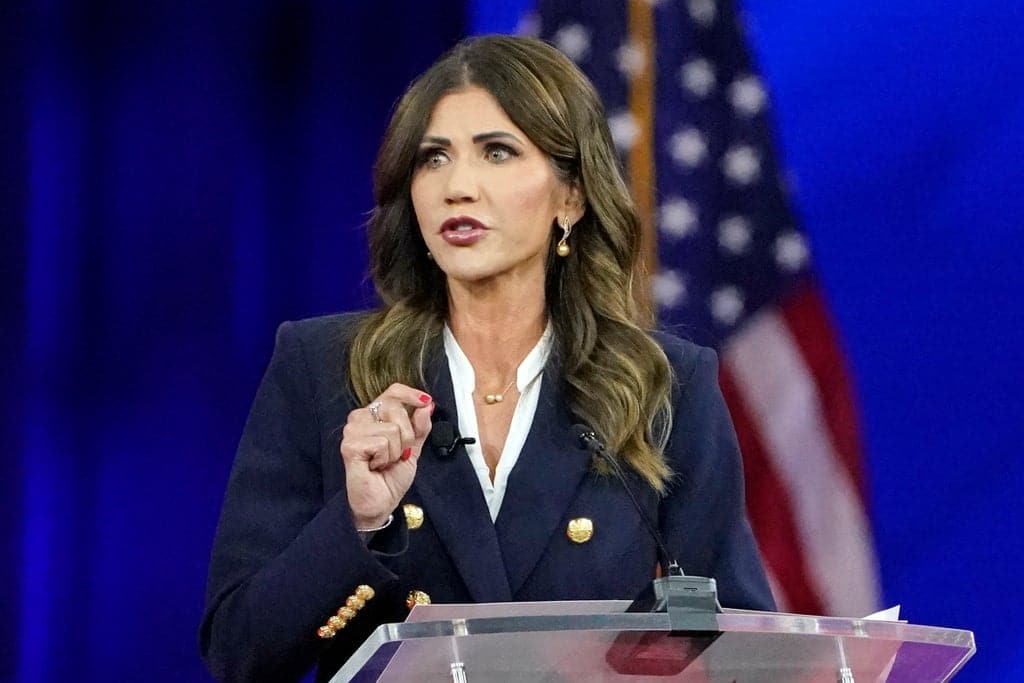 South Dakota Gov. Kristi Noem on Wednesday signed a bill that would make the state one of the most difficult places to get abortion pills, though most of the law will not be enacted unless the state prevails in a federal court battle.

The Republican governor pushed the legislation this year to enshrine a similar rule from her administration that attempted to require abortion-seekers to make three separate visits to a doctor to take abortion pills. But a federal court issued a preliminary injunction against that rule last month, and the bill Noem signed contains language that says the restrictions are not enforceable unless the state convinces a federal court to overturn that order.

US District Judge Karen Schreier halted the state from implementing the rule after finding that it would have created “an undue burden on a person’s right to seek an abortion.” However, South Dakota has appealed that decision to the Eighth Circuit Court of Appeals.

Noem casts the law as prohibiting telemedicine prescriptions for abortion pills. The Food and Drug Administration last year permanently removed a major obstacle for women seeking the medication by eliminating a long-standing requirement that they pick it up in person. About 40% of all abortions in the US are now done through medication rather than surgery.

However, women in South Dakota are already required to make two trips to an abortion clinic to get the pills. First, for an initial screening, then they must wait 72 hours before they can return to the clinic to get both drugs in the two-dose regimen. They can take the second dose at home.

Noem’s law, if it were to take effect, adds a third mandatory visit that would require women to wait at least a day before returning to the abortion clinic to take the second drug in the regimen.

Planned Parenthood, which operates the state’s only clinic that regularly provides abortion services, has argued that the restriction would have made it practically impossible for the clinic to provide any medicine-induced abortions.

Noem said in a statement announcing the bill signing that she is hoping the US Supreme Court will this year overturn Roe v. Wade, the 1973 landmark case that established the nationwide right to an abortion, but she is also not waiting for that to happen.

The law, which will take effect in July, contains a section that does not hinge on the federal courts: increasing to a felony the punishment for anyone who prescribes medication for an abortion without a license from the South Dakota Board of Medical and Osteopathic Examiners.

“South Dakota will continue to advance legislation that protects the lives of unborn children,” Noem said. “The two bills that I am signing today are crucial because they are also protections for mothers.”

The ACLU of South Dakota criticized the Republican-controlled Legislature earlier this month for passing the bill restricting access to abortion pills.

Jett Jonelis, the advocacy manager for the organization, reacted to the bill’s passage by saying in a statement that “South Dakotans deserve the right to make their own personal decisions about their lives and futures without politicians getting in the middle of the doctor-patient relationship .”