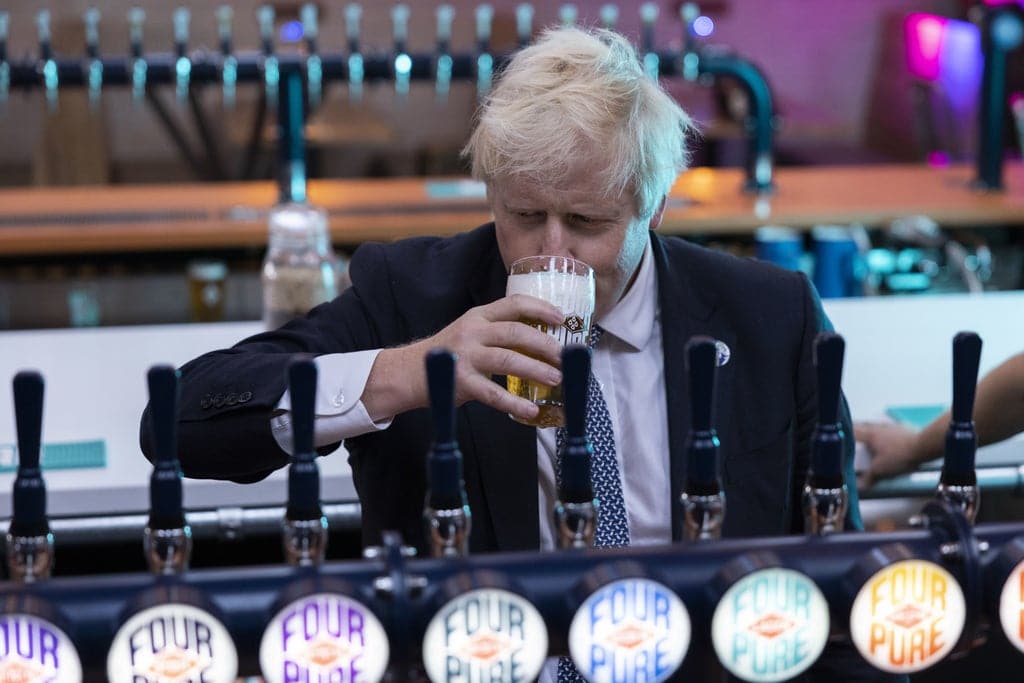 As a teacher, there are few things I find more frustrating than unembarrassed entitlement: a pupil who refuses to pick up a litter because it’s “the cleaner’s job”; a teenager who comes up with an excuse to miss community service; a student who blames poor results on everyone but themselves. It’s a pernicious product of privilege: an unwavering belief that you are above the rules, that consequences and responsibilities don’t matter because, ultimately, you are untouchable.

Nowhere is this toxic trait more perfectly demonstrated than in the case of Partygate. It is becoming increasingly clear that Boris Johnson (law-maker and now law-breaker) is not going to fall on his sword (or cake knife), but he is going to continue to have his cake from him and eat it too.

The icing on top of this whole bitter situation has to be MP Michael Fabricant’s comments earlier this week that Boris Johnson and Rishi Sunak wouldn’t have thought they were breaking the law because they were acting “like many teachers and nurses who would go back to the staff room and have a quiet drink”.

At first I wanted to brush off this completely uncorroborated comparison – after all, it’s hard to take seriously anything said by someone who looks like a cross between a walking Cheestring and a man playing Boris Johnson in a musical. I wanted to just dismiss it as more reactionary fodder, a distracting diversion that is part of the Tory textbook of schoolboy excuses: minimising, justifying, changing the subject, blaming someone else.

Yet I couldn’t. Fabricant (it’s in the name) has tried to casually damage the reputation of hundreds of thousands of teachers and nurses in a single slur – key workers who kept the country running in the most difficult of circumstances. Rather than apologize for the comments as a short-sighted slip, Manufacturer claims that he “knows” this was happening through mysterious “whistle-blowers”.

Anyone in touch with the real world knows that teachers were in bubbles, not drinking them. At no point were staff sipping on Sauvignon Blanc at school – they were either teaching remotely, or socially distancing on site. Most staff rooms were either closed or had areas taped off, and teachers couldn’t even have lunch together. I doubt nurses were cracking out the Chateauneuf-du-Pape either (where does Fabricant think they keep the booze? The blood sample fridge?) There’s little cause for celebration when every day you watch people saying goodbye to their loved ones over FaceTime.

Let’s just suppose for a second that Fabricant is (partially) right and that Johnson and Sunak genuinely did not realize they were breaking the rules. If so, this is simply more proof of how illogical, inconsistent and infuriatingly complex the restrictions were, that those making and imposing the restrictions could have been ignorant of their own indiscretions.

There are so many other delicious ironies to savor here: the fact that one of the government staff fined for attending lockdown parties was the head of “property and ethics”; the fact that Priti Patel “stands fully behind the PM” despite telling people to call the police if they saw people breaking lockdown rules; the fact that the Conservatives pride themselves on being the party of law and order.

The most difficult irony for the Tories to swallow, and the one that must leave the most bitter aftertaste, is that people are surprisingly reasonable and surprisingly forgiving. Any teacher will tell you that it’s better to confess to wrongdoing early, and be honest about your shortcomings, lapses in judgments and mistakes.

See also  NHS prescriptions: 15 groups of people who can get them free of charge

Instead, Johnson continues to default to dishonesty, lying to the public, his party, and parliament, whilst his supporters harp on about technicalities: people were in suits; Johnson was only there for so many minutes; the garden is an extension of the office; I didn’t see the email; he was “ambushed” by cake. Or, in Fabricant’s case, you disingenuously start a smear campaign against nurses, who were making real sacrifices without glutting themselves on illegal wine and cheese nights.

These loopholes not only erode public trust of politicians further, but they also entirely miss the point: it’s not about the cake, it’s about the context. Specifics wo n’t save him because the point is that too many people died alone, and too many people grieved alone, because of restrictions that Johnson and his staff founded but could n’t follow themselves.

Johnson – for all his supposed impish schoolboy charm – is meant to be a leader, but is instead acting like an incriminated child grasping for excuses. Every denial, every digression, every distraction shows that he is still taking us for fools.