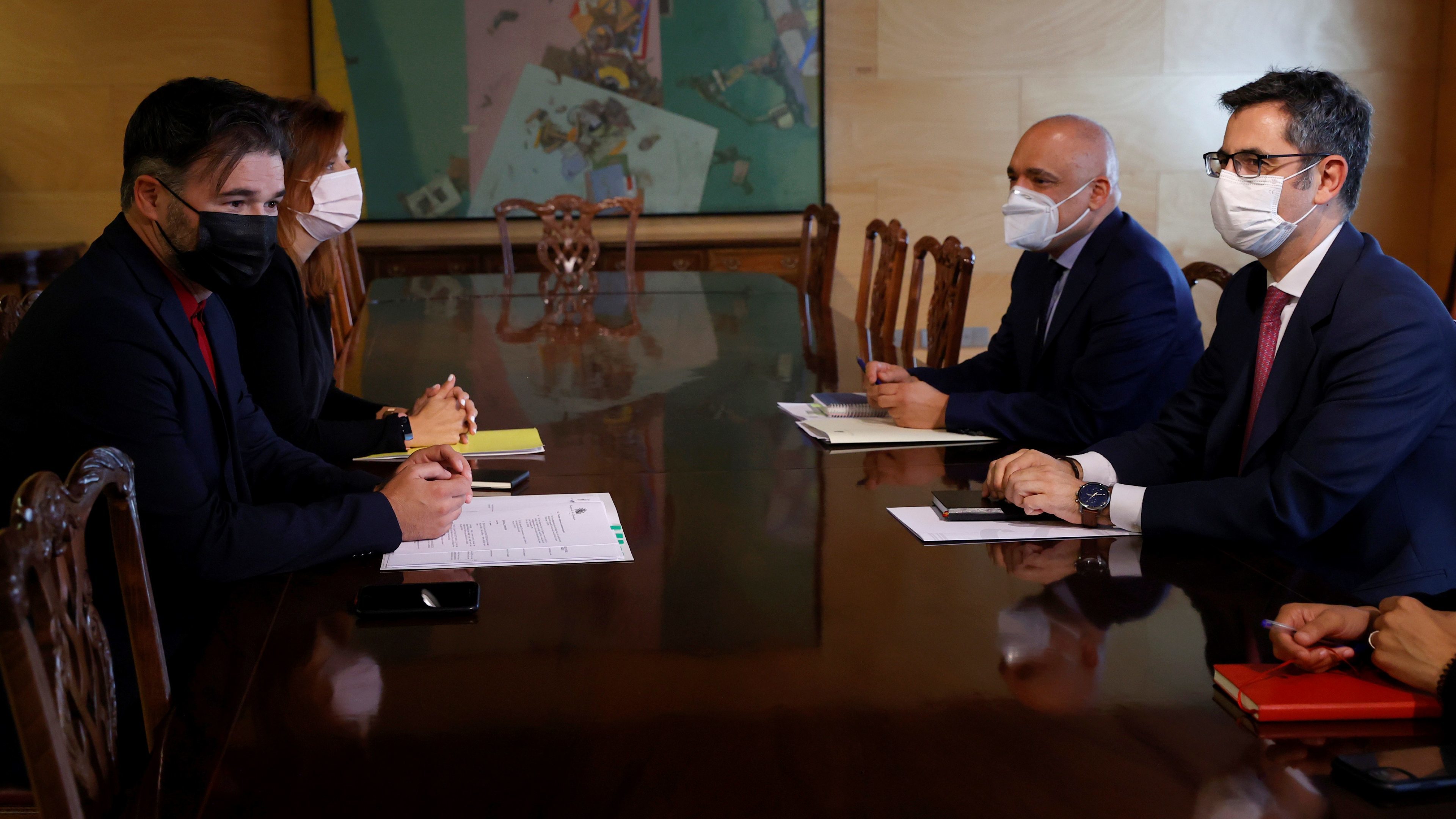 The Government and ERC have ended without an agreement their first meeting to negotiate the audiovisual lawl after the threat of the republican formation to knock down the General State Budgets (PGE) if the quota of co-official languages ​​on foreign platforms such as Netflix is ​​not met.

After a meeting that lasted about three hours, both parties have agreed to continue with the talks, as confirmed by socialist sources to RTVE, which They have positively valued the negotiation.

For their part, from ERC they have declared that they have shown their disagreement with the audiovisual law and that they will work on the amendments “to shield Catalan so that there are no mistakes.” They assure that the meeting “has been constructive”, although with discrepancy on the texts, and from the PSOE they have shown “commitment”.

Republican party sources have advanced that there will be technical and political contacts. “This new round of talks will be led by the Government’s Secretary of State for Telecommunications with the aim of seeking a quick solution,” they said.

Budgets, in the air

The Government has met in the last hours with a major stumbling block in the PGE negotiations for 2022 in the Senate, after ERC has threatened consequences in this process in the Upper House if the PSOE finally does not comply with its agreement on the co-official language quotas of 6% on large foreign platforms such as Netflix or HBO Max.

After the warning, sources from the Executive clarified this Tuesday that this quota cannot be applied to large producers that are not based in Spain by the country of origin principle of the European directive.

See also  Why is the Queen not attending Royal Garden Party? Princess Anne and other Royals fill in

In the event that the Catalan Republicans finally carry out their threat and do not support the public accounts, the Executive would be forced to poll minority formations of the Senate to form an alternative majority without one of its main parliamentary partners.

The meeting was attended by the Minister of the Presidency, Felix Bolaños; the Minister of Finance, Maria Jesus Montero; and the speaker in Congress, Hector Gomez, the ERC parliamentary spokesperson, Gabriel Ruffian; and the leaders Marta Vilalta and Josep Maria Jové.

In addition to the discomfort that it has generated in ERC, the norm It also does not have the approval of United We Can, as recognized by the president of the parliamentary group in Congress, Jaume Asens.

“He has negotiated this law with ERC, which is an opposition party, but for three months he has not wanted to negotiate with us. Our intention is to present amendments to the draft because we do not agree with its content,” he said in an interview in The Hour of the 1 the TVE.

In statements in Congress, Asens has specified that, as of today, UP is “closer to no than yes” to the law.