Skip to content
Home News Nintendo Switch Sports: Where to get the best deals from Very, Nintendo and more 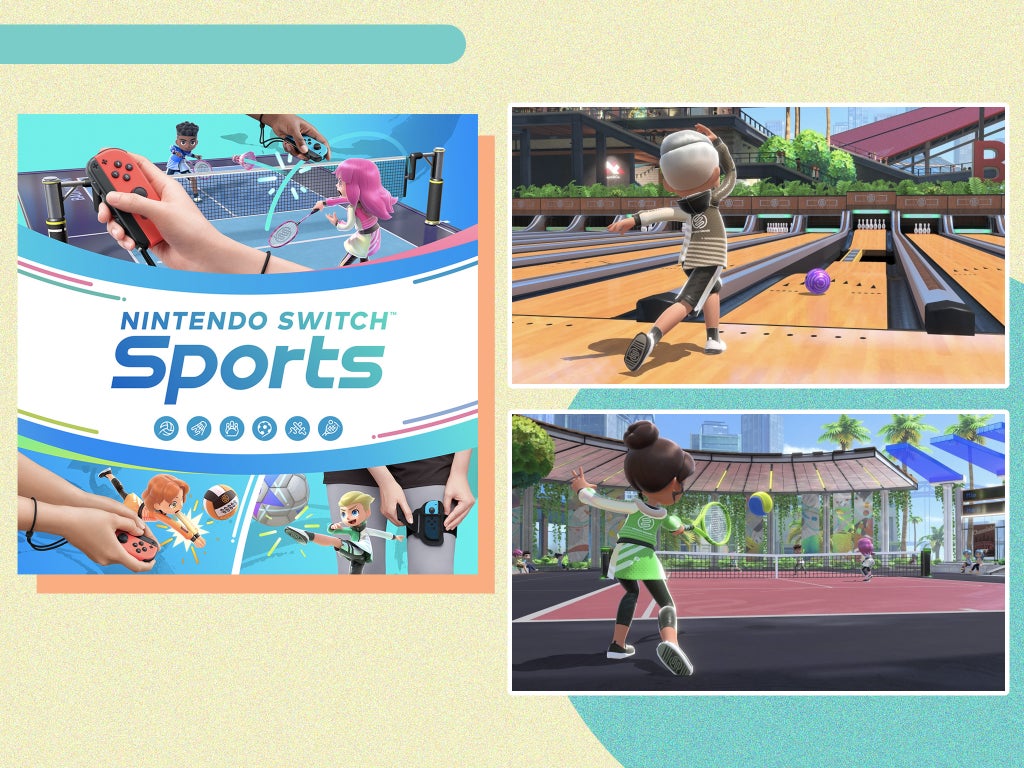 When the original Nintendo Wii launched in 2006, it quickly made a name for itself as a console that anyone could pick up and play, regardless of age or ability. One of the best demonstrations of this was Wii Sport, which came included with each console.

Gamers will have fond memories of mimicking the motions of a backhand in tennis, lining up the perfect putt on the green and accidentally swinging a bowling ball into a crowd of terrified Mii avatars behind them. It felt like everybody had at least played it and there were plenty of cautionary tales about people ignoring the wrist strap warnings and their TVs paying the ultimate price.

Now Nintendo hopes to recapture those memories in a Switch-shaped bottle with Nintendo Switch Sports. Announced in a Nintendo Direct, the new avatars appear more detailed than their Mii counterparts and the number of different games has also expanded.

Favorites like bowling and tennis are on display but there are a number of new gaming modes, such as volleyball and football which make use of the Switch’s joy-con hardware.

If you want to find out more about nintendo switchsports, what games will be featured and how to pre-order the game, then keep reading.

‘Nintendo Switch Sports’ release date and how to pre-order

Nintendo Switch Sports will be available 29 April 2022 on Switch consoles. It looks like motion controls are required to play, meaning it will not be compatible with the Nintendo Switch lite.

All physical versions of the game will come with a leg strap, like the one that came included with Ring Fit Adventure, which can be used for some of the game modes such as football.

Tennis is making a return with motion controls being used through the Switch’s joy-cons as well as bowling, where spin can be applied to the ball by twisting the controller in the chosen direction.

Another game mode making a return from Wii Sports Resort is chambara, a sword-wielding martial art where players try to knock each other off a raised platform.

Three new sports are also being included such as football, where players will kick around a large football with their avatars. If players have a leg strap accessory, they can use this to “kick” the ball with their foot in shootout mode.

Readmore: 26 best Nintendo Switch games for every type of player

Two other sports that are also being featured are badminton and volleyball. In volleyball, players can use a joy-con to serve, set, bump and spike a volleyball.

The game supports local play with family and friends on one system as well as online play across all sports with either friends or through random matchmaking. The more games you win, the tougher players you will be matched against.

If you’re looking for discounts on technology or videogames then try one of these codes:

Looking to get your hands on the latest Nintendo console? These are the best deals on the Switch this month