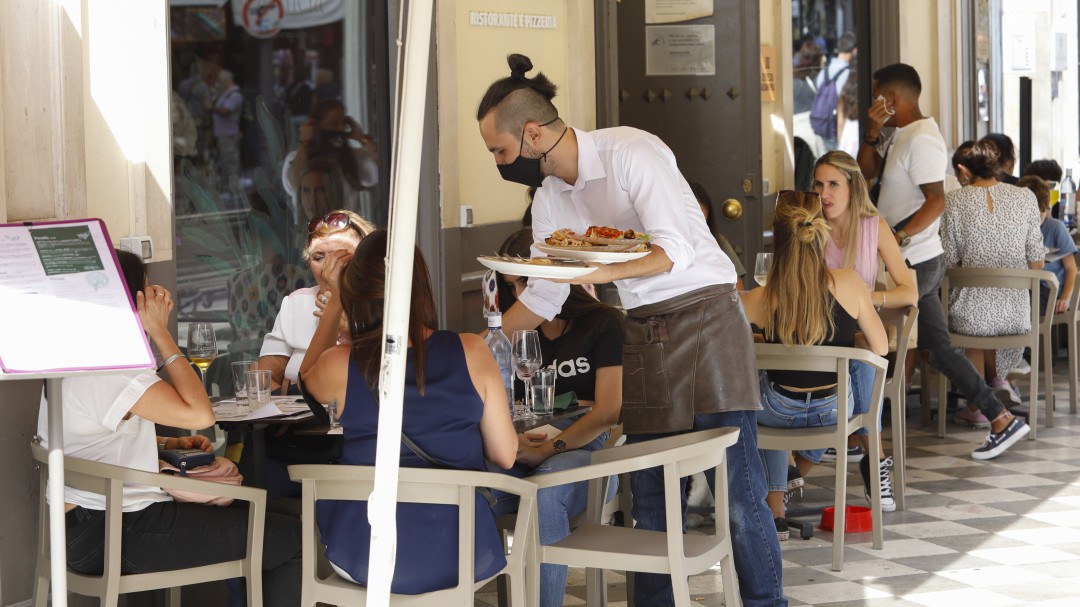 The vast majority of young Spanish people have been doomed to job insecurity in 2021. Specifically, nine out of ten contracts signed by people under 35 years of age in Spain between January and September of this year have been temporary, according to the latest report published by Oxfam Intermón.

Under the title ‘Tempo of precariousness’, the work denounces the dismissal of workers with temporary contracts as a way to manage economic uncertainty, and calls for “an ambitious agreement” in the face of the new labor reform, which “stops this temporality.”

In the third quarter of 2021, the organization estimates – based on data from the EPA – that temporary employment will affect practically eight out of ten young wage earners under the age of 24, a rate four times higher than that of those over 35.

Already before the COVID-19 crisis, one in three young salaried people under the age of 35 was in a situation of working poverty, the report emphasizes. In the opinion of Franc Cortada, director of Oxfam Intermón, “the temporality in Spain is not only excessive, but it is worse today than more than a decade ago”.

The average duration of a temporary contract is 54 days, while in 2011 it was 69, and it has added that more than half of the contracts of less than seven days of duration signed this year correspond to people under 35 years of age. For this reason, “we cannot justify everything due to the pandemic, since before this, more than one in four signed contracts did not exceed a week’s duration,” he said.

These figures place Spain as the country in the European Union with the highest rate of temporary employment, as this percentage almost doubles the community average for 2020 and exceeds Portugal by five percentage points, the second on the list. “The anomalous temporality of the Spanish market condemns those who suffer it to more unstable lives and with less income,” Cortada said.

In Spain, young people are, together with childhood, the age group most at risk of poverty and social exclusion. In fact, Cortada stressed that “one in four people under the age of 30 lives below the poverty line in our country.” “Behind the problem there is a dysfunctional labor market and a social protection system that does not do enough for them, which leads an entire generation to precariousness,” he stressed.

Temporality has the face of a woman

The study indicates that precarious conditions are more intense among women than among men at all ages of entering the labor market. The partiality rate is much higher in women between 20 and 29 years of age than in men of the same age with equivalent levels of study and experience: 37.1 and 24.7%, respectively.

However, the level of education represents the greatest inequality among young people. Thus, 57.5% of people between the ages of 25 and 34 employed in a low-skilled occupation had a temporary contract, a percentage that increased to 76.4% for those under 24.

In households where the mother has higher education, her sons and daughters have an 82% probability of reaching the same level of studies. On the contrary, this happens only 1 out of 3 times if the mother has low-level studies.

The culture of temporality

According to Oxfam, “youth precariousness has to do with the production model and the use of labor, as a competitiveness strategy”, but “there are measures from the legislative sphere that could help improve the situation.”

For this reason, he urged the Government to reach “an ambitious agreement in the negotiation of the new labor reform” to curb this “culture of temporality”, which only condemns younger people to precariousness. “

“We are facing an opportunity like few others,” said Cortada, who defended “putting an end to the use of subcontracting and promoting internal flexibility in the face of dismissal, among other measures that protect this group.” In his opinion, the new law should stipulate “an exceptional use of temporality, which means clearly specifying when it can be used and when it cannot”.