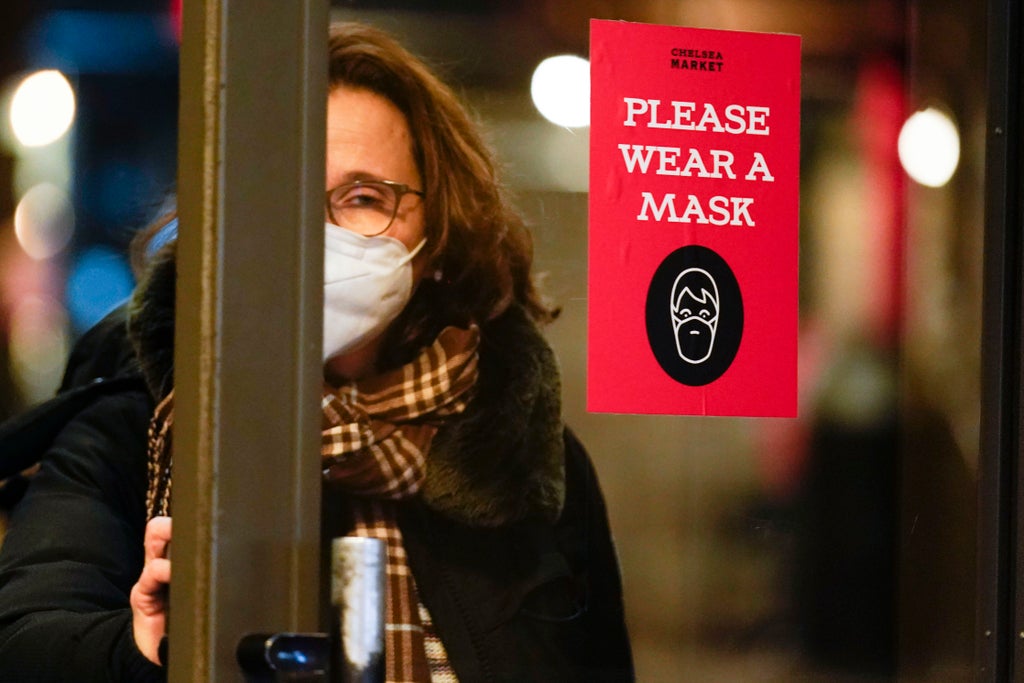 Omicron ruined Christmas plans for many last year, with record-breaking figures reported in the lead up to the festive season.

A surge in the infection rate saw England move back to plan B restrictions in December, which included mandatory face masks in public places, the return of work from home guidance and travel bans.

First detected in Southern Africa and Hong Kong in November 2021, Omicron was soon confirmed as the dominant variant in the UK in December.

But thanks to falling numbers over the last few weeks, England is back under plan A measures and the government is considering scrapping the Covid self-isolation rule within weeks.

There were 66,638 cases of Covid reported in the UK on Thursday, with the death toll rising by 206, bringing the total to 159,158. Though Omicron has a higher transmission rate than Delta, there have been fewer deaths and hospitalizations with the newer variant.

Here, we take a look at some of the most common symptoms with the new variant for the fully vaccinated, and two early warning signs you might have it.

Most common symptoms for the fully vaccinated

Researchers in Norway conducted a study interviewing 111 out of 117 guests from a party on 26 November 2021 where there was an Omicron outbreak. Of the group interviewed, 66 had definitive cases of Covid-19 and 15 had possible cases of the virus.

Of the 111 participants, 89 per cent had received two doses of an mRNA vaccine and none had received a booster shot.

According to the findings published in infectious disease and epidemiology journal, eurosurveillancethere were eight key symptoms experienced by the group of fully vaccinated partygoers.

The study found that cough, runny nose and fatigue were among the most common symptoms in the vaccinated individuals while sneezing and fever were least common.

Public health experts also add nausea to this list of symptoms in vaccinated people who have contracted the Omicron variant.

Although the vaccine protects against the more serious risks of the virus, it is still possible to contract Covid even if you have both jabs and a booster shot.

The mild nature of the symptoms makes it hard for people to distinguish the virus from a common cold.

But, according to Professor Tim Spector, behind the ZOE Symptom Study App, around 50 per cent of “’new colds’ currently are, in fact, Covid”.

Two early warning signs you may have Omicron

Experts also suggest there are two distinct symptoms that could be a sign of a positive test is around the corner: fatigue and dizziness/ fainting.

More than simply feeling tired, fatigue can translate to bodily pain by causing sore or weak muscles, headaches, and even blurry vision and loss of appetite.

Dr Angelique Coetzee, a private practitioner and chair of the South African Medical Association, told good morning britain that fatigue was one of the main symptoms of Omicron when the variant broke out in South Africa.

In fact, 40 per cent of women reported they struggled with fatigue due to Covid compared to one-third of men, according to a poll by Web MD that asked users how often they had fatigue from 23 December to 4 January.

Dizziness/ fainting is the second sign that you may have Omicron. A new report from Germany has suggested that there is a link between fainting spells and Omicron after doctors in Berlin found that Covid was triggering recurrent fainting spells for a 35-year-old patient admitted to hospital.

German newspaper Ärztezeitung said that the doctors could see a “clear connection” between the infection and the fainting spells.

Scientists’ warning over early ending of Covid rules in England

Meanwhile, Boris Johnson continues to move forward on plans to end all domestic Covid-19 restrictions in England one month early – a move scientists have branded “very brave or very stupid.”

On Wednesday the prime minister said that, “provided the current encouraging trends in the data continue, it is my expectation that we will be able to end the last domestic restrictions – including the legal requirement to self-isolate if you test positive – a full month early”.

The UK has undoubtedly seen a significant drop in new infections since early January, when the highly transmissible Omicron variant infections drove over 200,000 a day.

Current caseloads are now around a third of that with a seven-day average of 69,296 as of Sunday – the lowest since mid-December.

Hospitalizations are also falling, but government data shows there are still more inpatients being treated for the virus now than for most of 2021.

“I think it is… giving the impression that Britain, that the UK, has beaten Covid, I think it’s totally the wrong way to do it,” he said.