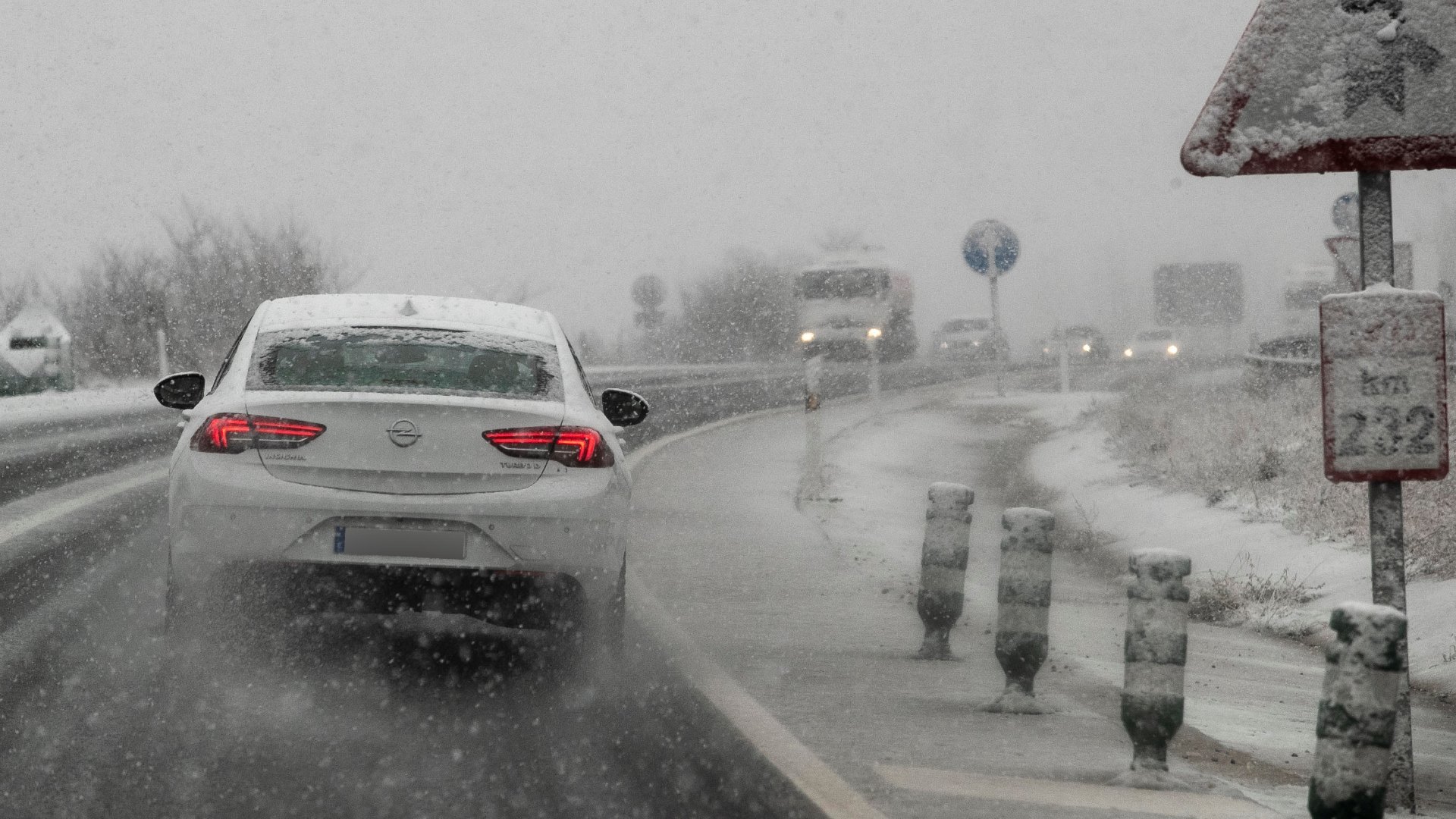 The cold and abundant rainfall will continue throughout the country throughout this week, leaving this Wednesday to nine autonomous communities in yellow notice due to low temperatures, rain, snow or coastal phenomena.

The State Meteorological Agency (Aemet) anticipates locally heavy or persistent rainfall in the Cantabrian area, Catalonia and the Balearic Islands, where it has activated the alert for accumulations between 20 liters in an hour or 45 liters in 12 hours.

Regarding temperatures, Aemet indicates that they will tend to rise in the western half of the peninsula and fall in the eastern half and the Balearic Islands and little changes are expected in the Canary Islands.

Secondly, it will keep snowing in the Cantabrian Mountains, the Pyrenees and the Central System, although at higher elevations than these days, from about 1,000 or 1,400 meters. Above these levels, the snowfall will be copious, especially in the Cantabrian Mountains, and the snow will also continue in the Iberian System and eastern points of the plateau, since this snow level will be lower in the east of the Peninsula, around 700 to 900 meters.

It just stays the yellow alert for snow in Aragon, Asturias, both Castiles, Catalonia, La Rioja and in the Valencian Community with thicknesses, which depending on the areas, will range between 5 and 15 centimeters.

At rest of the center and the northern half of the country, the skies will be cloudy, with weaker rains in general, and temperatures will rise in the west, but will fall in the east of the peninsula.

Aemet’s spokesperson, Rubén del Campo, explained that the current meteorological situation “continues to be marked by the presence of a DANA, that is to say, an isolated depression in high levels of the troposphere “.

Thus, he added that “the presence of cold air in its bosom and the circulation of winds that are generated around it favors the formation of cloudiness that gives rise to heavy snowfall and rainfall fed by the flow of humid air from the Mediterranean.”

On Thursday the weather will continue unstable

On Thursday the unstable atmosphere will continue, with intense and persistent rains in the Cantabrian Sea and also, especially in the first half of the day in Catalonia, the Balearic Islands and Melilla. In the afternoon it will begin to rain in western Andalusia and southern Extremadura and “this day it cannot be ruled out that it rains at any given point in the rest of the Peninsula”, Del Campo has advanced.

That day, the snow level will be around 800 to 1,000 meters and abundant snowfall is expected in the Cantabrian Mountains and in the Pyrenees.

The Friday It will continue to rain in the northern third of the peninsula, the Balearic Islands and Melilla, with possible showers in the central and southern mountain areas. The snow levels will continue at similar values ​​or could even drop to 700 meters in the northern half and, as is logical, the cold environment in general will continue, with frosts in the eastern interior of the Peninsula, which will be intense in mountain areas of face the weekend.

On Canary IslandsOn Wednesday there will be cloudy intervals with the possibility of some light rain in general. From Thursday, especially in the afternoon, instability will increase and it is possible that locally strong showers and storms will occur from that day until Saturday.