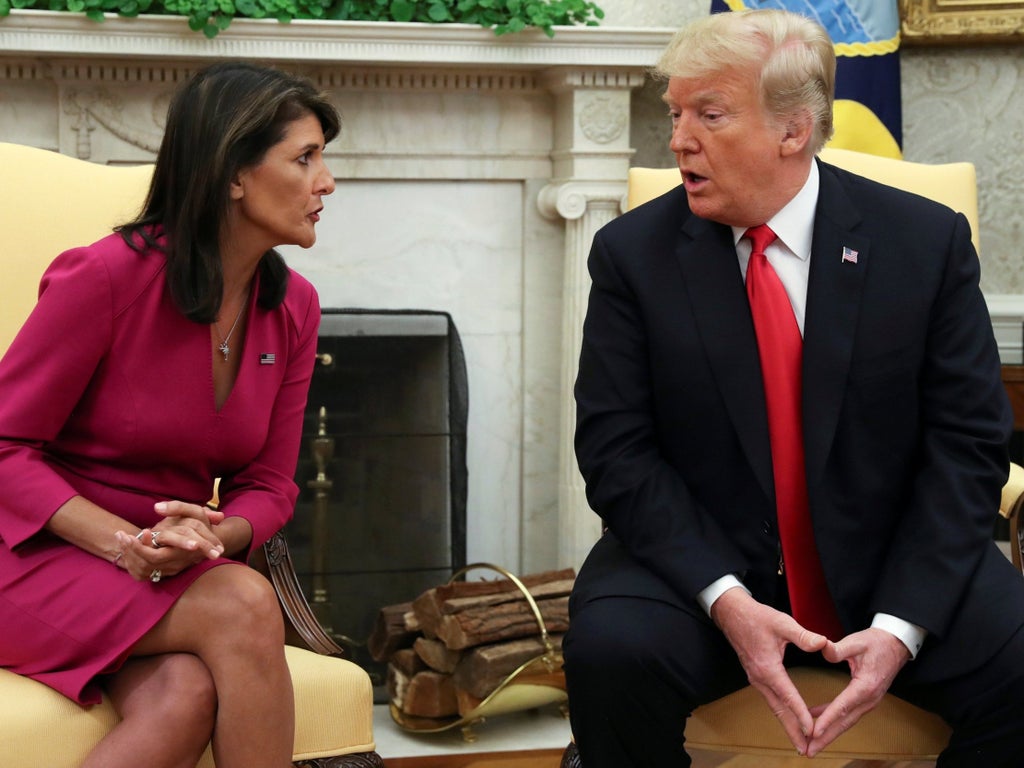 Nikki Haley made it clear on which side of the January 6 divide in the Republican Party she stands on Monday during a Fox News interview in which she criticized Mike Pence for rightfully asserting that he lacked the constitutional authority to interfere in the presidential election.

In an interview with Fox News, Ms Haley characterized the former vice president as committing “Republican on Republican” attacks during his recent speech to a meeting of the Federalist Society in Florida.

“Well, you know, I think, look, Mike Pence is a good man, an honest man, I think he did what he thought was right” on January 6, said the former UN ambassador.

“But I will always say … I’m not a fan of Republicans going against Republicans, because the only ones who win when that happens are the Democrats and the media,” she continued.

In actuality, Mr Pence’s remarks last week to the Federalist Society came in response to months’ worth of personal attacks from the former president, who has blamed his former vice president for disloyalty through his refusal to go along with the effort to overturn the 2020 election .

“President Trump is wrong,” Mr Pence said on Friday. “I had no right to overturn the election.”

Mr Trump branded his former vice president a “coward” in a tweet now no longer accessible due to his ban from Twitter, and in recent statements he has claimed that the January 6 committee should shift its focus to an investigation of Mr Pence for supposedly not doing his duty to help Mr Trump remain in office despite losing the election.

As a result, Ms Haley’s remarks were pilloried by anti-Trump Republicans, including writers at The Bulwarkwhich previously called Ms Haley “a potential Republican presidential nominee who might save the GOP in a post-Trump era.”

“What I appreciate about Nikki Haley is how consistent she’s been in forcefully voicing this principle, especially when Donald Trump was attacking Repub….hahahahahahahahahahah,” tweeted the publication’s Sarah Longwell.

What I appreciate about Nikki Haley is how consistent she’s been in forcefully voicing this principle, especially when Donald Trump was attacking Repub….hahahahahahahahahahah https://t.co/lc8c9T2Iwr

Another author at the site, Christian Vanderbrouk (formerly of the Bush administration) went even further, claiming that Ms Haley would have sided with Mr Trump and interfered in the Electoral College vote count at his behavior on that day; Mr Pence was known to be the target of a wide-ranging lobbying campaign led by Mr Trump’s inner circle seeking to convince him to use his power as president of the Senate to halt the peaceful transfer of power.

With her comments on Monday she joins Florida Gov Ron DeSantis, who like Ms Haley and Mr Pence is seen as a potential 2024 presidential contender, in refusing to back the former vice president’s correct assertion that he did not have the constitutional authority to interfere in the election process.

Mr Trump has argued otherwise in public statements for a month, and many political experts openly worry that he will attempt similar tactics should he run again and be defeated in 2024. Since leaving office, he has made a concerted effort to purge the GOP of those who stood up to him in the days and weeks after the riot, including local officials who refused to interfere with their state election processes like Georgia’s Brad Raffensperger.

Mr DeSantis was asked by reporters about the issue on Monday, and dodged questions about Mr Pence’s remarks before claiming to have a great “working relationship” with the former president.