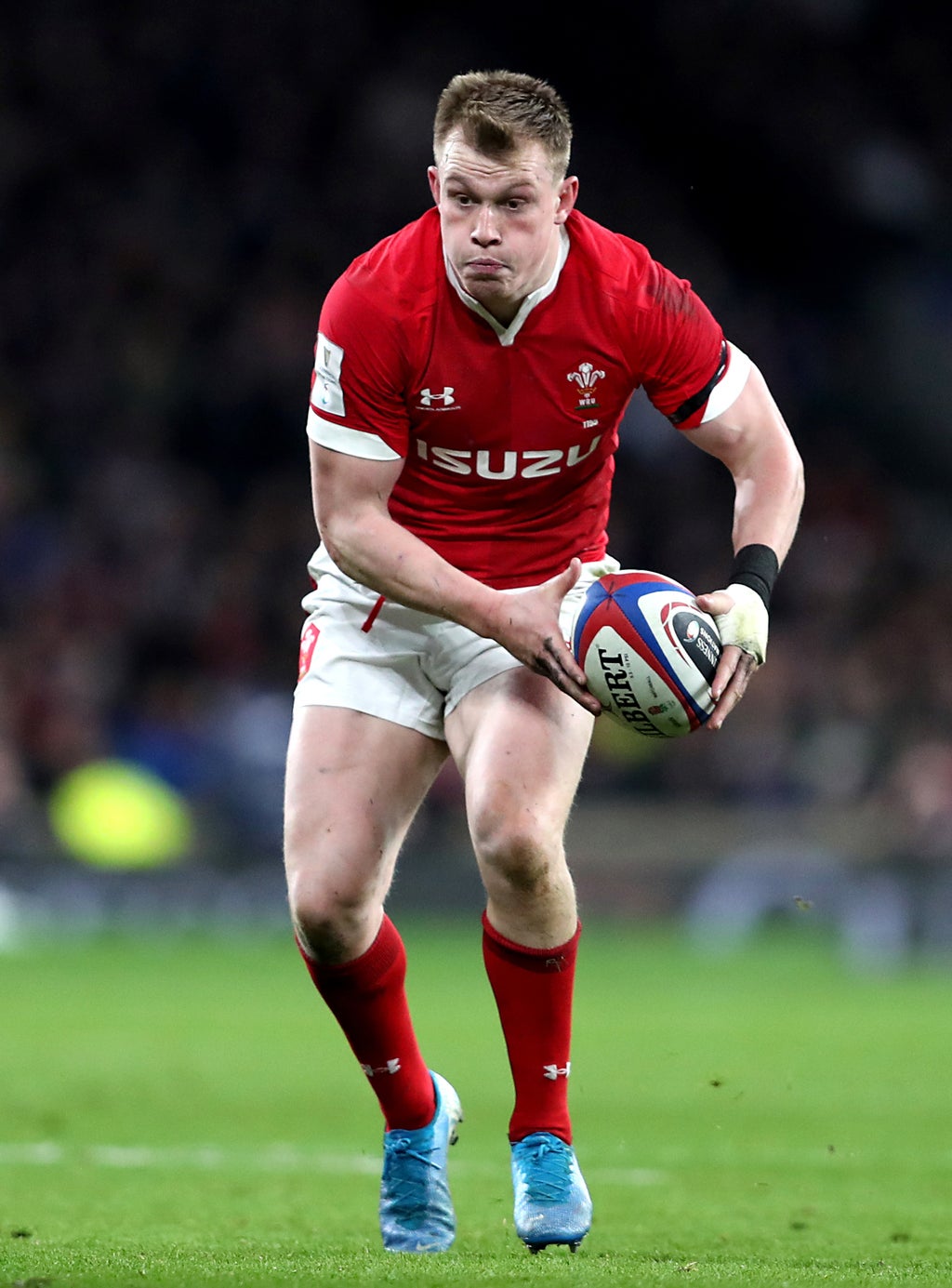 Nick Tompkins has no intention of getting caught up in inevitable hype that will accompany the build-up towards Wales’ Guinness Six Nations showdown with England at Twickenham later this month.

For Saracens center Tompkins that should mean opposing a number of his club colleagues – players like Maro Itoje, Max Malins and Jamie George – as the tournament reaches its halfway point.

“I know how personal it is in terms of the history of the rivalry and stuff, and I love that,” he said.

“For me, I work better when I am level-headed. I don’t want to get too involved in that emotional side because I sometimes feel it can waste energy.

“I will look forward to playing some of the Saracens boys, and I will definitely want to give them a couple! But it is not something I will want to thrive my energy massively from.”

Tompkins, an England Under-20 international who qualifies for Wales through his grandmother, finds himself in a fiercely-competitive midfield area.

But fine displays against Ireland and Scotland have arguably put him top of a pile that also features Jonathan Davies, Owen Watkin and a fit-again Uilisi Halaholo, with wing Josh Adams also an option there for Wales head coach Wayne Pivac.

“The competition is there. That’s good, it is there and alive,” added Tompkins, who has won 18 caps.

“We all have to step up and take the lead and show what we can do. I want to be in the starting 12 or 13 – that is my personal goal – but there are other lads as well, brilliant players, who also want the same.

“We will help each other through it. Whoever starts will get the backing of everybody, and that’s the good thing. But we will all be competing hard for it.

Wales head to Twickenham – a ground where they last won a Six Nations fixture in 2012 – on Saturday week having put themselves back in title contention following victory over Scotland, which came seven days after a heavy defeat against Ireland.

Unbeaten Six Nations leaders France then follow in Cardiff a fortnight later, so Wales have some huge challenges ahead, but they are at least in the mix again.

“After the Ireland game we had to have a long look at ourselves,” Tompkins said.

“We wanted to give an answer (against Scotland) for us and everybody out there. A lot were writing us off, so I am just proud the boys put in a shift in defense and we fronted up a bit and our attack was a bit better.

“It was a good improvement all-round, but we can do much better. If we keep steadily improving, hopefully when it comes to England we will be hitting the right strides.”