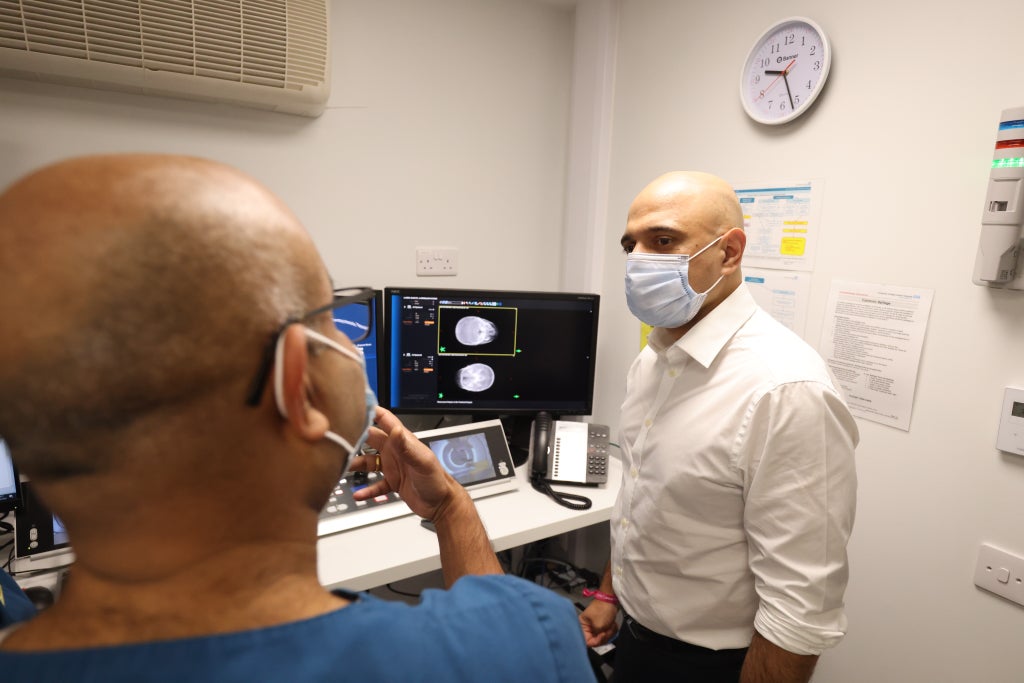 A record 6.1 million people are now waiting for NHS care as the number of people waiting more than 12 hours in A&E hits a new high.

The latest NHS data shows in December 2021 the number of people on the NHS’ waiting list hit a new high as those waiting more than a year for surgery increased to 310,813, up from 306, 966 in November.

Patients waiting for more than two years for care, which the government has promised will end by July 2022, has increased for another month from 18,585 in November to 20,065 in December.

A record 16,558 people had to wait more than 12 hours in A&E departments in England in January from a decision to admit to actually being admitted. The figure is up from 12,986 in December and is the highest for any calendar month since records began in August 2010.

Some 122,427 people waited at least four hours from the decision to admit to admission in January, another all-time high. Just 74.3 per cent of patients in England were seen within four hours at A&Es in January 2022, NHs England figures show.

The operational standard is at least 95 per cent of patients attending A&E should be admitted, transferred or discharged within four hours, but this has not been met nationally since 2015.

Ambulance services have also continued to struggle with demand as response times to the most urgent calls – defined as calls from people with life-threatening illnesses or injuries – was eight minutes and 31 seconds, NHS England figures show.

However, this is down from nine minutes and 13 seconds in December, and is also below the nine minutes and 20 seconds recorded in October which was the longest average response time since current records began in August 2017.

Meanwhile weekly data from NHS England published Thursday shows levels of staff absence, which reached unprecedented levels in January due to Omicron, have continued to fall with 63,859 staff off in the first week of February compared to 66,436 in the week prior.

The latest performance data comes after the government and NHS published plans to tackle the backlog in care as Health secretary Sajid Javid said on Tuesday NHS waiting lists would continue to rise until 202.

Within the NHS recovery plan targets were set promises the backlog in patients waiting for two years for operations would be eliminated in July 2022, rather than March as previously promised.

The plan also said the NHS would eliminate waits of over 18 months by April 2023 and return the number of people waiting more than 62 days for cancer treatment back to pandemic levels by March 2023.

“Unfortunately, this week’s recovery plan suggests these waiting time targets won’t be met for some time. That’s because, despite the tireless efforts of the NHS, the Government has failed for years to invest in giving the NHS the specialist cancer staff it needs.

“To address these issues the government must say how it will address major staff shortages and how it will grow the cancer workforce. We have been waiting for these details since October.”

Miss Fiona Myint, a consultant vascular surgeon and vice president of the Royal College of Surgeons of England, said the December performance figures show “just how stretching the government’s targets are.”

“NHS staff were working around the clock in December, to deliver the booster programme. Thankfully today, more planned operations are able to happen, and we have started making progress on these very long waits. But we are also caring for more than 13,500 patients in hospitals across the country with Covid. We have staff off sick with the virus and the persistent problem of around 100,000 staff vacancies. We are not out of the woods yet. Eliminating two-year waits remains a big challenge.”