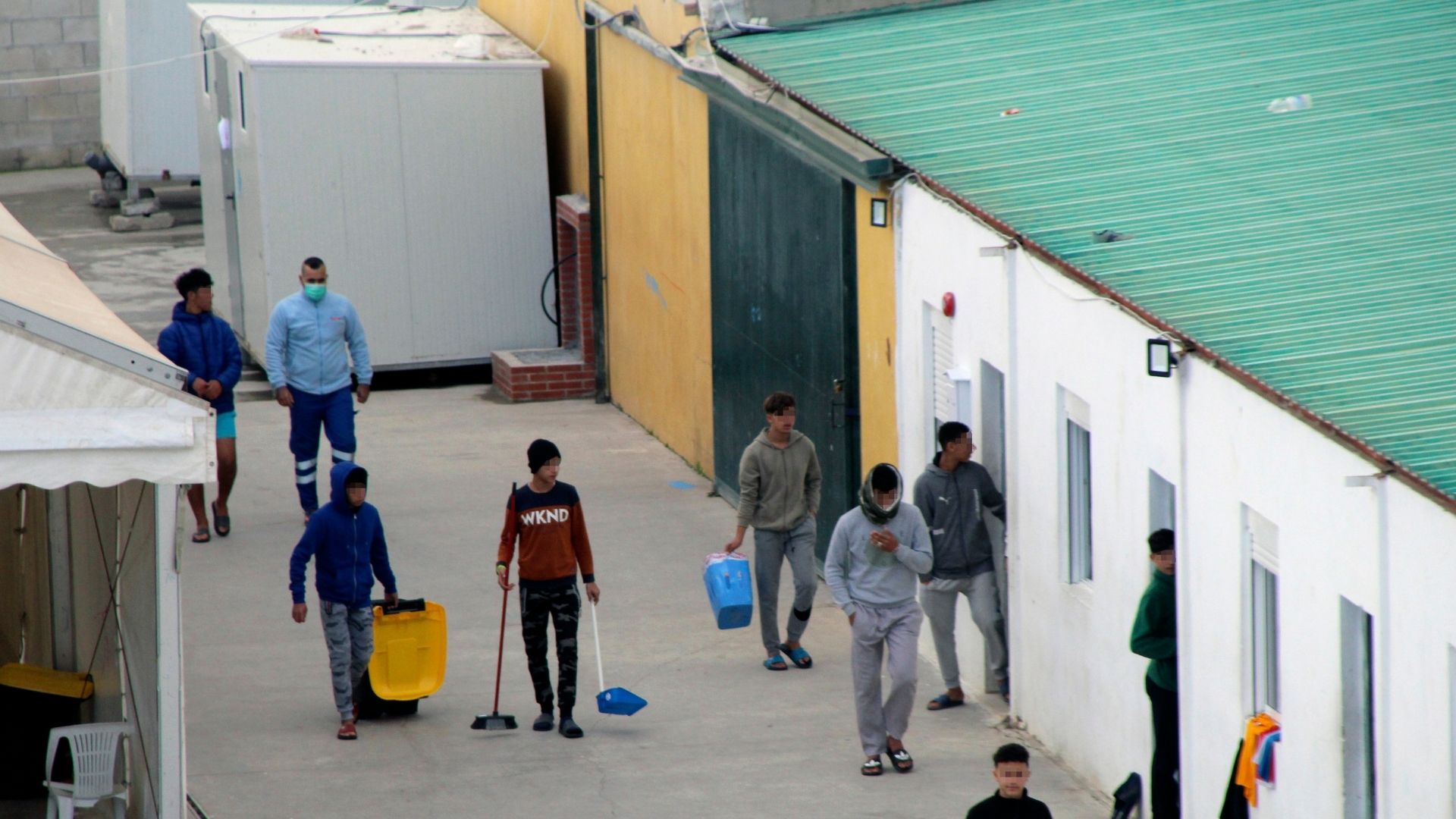 Several non-governmental organizations have denounced this Thursday the alleged illegal expulsion to Morocco of two young Moroccan minors who were discovered by the Civil Guard when they tried to stowaway on a boat, and whose repatriation had been suspended by a Ceuta court.

In a statement, the organizations Andalucía Acoge, Neighborhood Coordinator, No Name Kitchen, Maakum and Fundación Raíces They have denounced that the The Civil Guard expelled the two minors aged 15 and 16 on November 28 despite the fact that said return “was suspended” by order of a city court.

The two teenagers they entered Ceuta crossing the border of Tarajal last May due to the avalanches that occurred on the 17th and 18th.

Being in a situation of helplessness they were welcomed by the childhood area of ​​Ceuta. They were housed first in industrial warehouses in the Tarajal industrial estate and later in the Santa Amelia municipal sports center, where they resided until the beginning of the repatriations on August 13.

They had appointed lawyers

In fear of being expelled to Morocco, 80 minors, including these two, appointed attorneys from Fundación Raíces and Coordinadora de Barrios for your defense.

On August 16, her lawyers They asked the courts of Ceuta to adopt precautionary measures in favor of 12 minors, including the two of them, ordering the suspension of repatriations.

The two minors escaped from the sports center for fear of being returned to Morocco and they were together living on the street until September 15 when one of them decided to enter the protection system again, waiting for it to be agreed to regroup him with his cousin, who lives in Barcelona.

But when it was not carried out, he returned to the port of the city together with the other minor, who since leaving the sports center had remained in the street, with the idea of ​​reaching the peninsula by his own means.

The expulsion “summary and without procedure”, according to NGOs, occurred on November 28 when the minors were in the port of Ceuta with a friend trying to stowaway onto the Trasmediterránea company ship that connects the city with Algeciras (Cádiz).

Taken to the border and handed over to the Moroccan guards

While they were swimming trying to reach the ship, they were intercepted by a Civil Guard boat and transferred to the police station of this body in the same port. “During the interview they had with the Civil Guard agents at no time were they assisted by an interpreter, a lawyer, or by any representativee from the minors’ area of ​​the Autonomous City, “the NGOs denounced.

At the end of the interview, the young people, “soaked and with wet clothes, were put into a Civil Guard car and, accompanied by two officers, They were taken to the Tarajal border post“.

“When the boys realized that they were at the border, they cried to the agents not to expel them to Morocco, who were minors and wanted to stay in Spain. Once at the border, the two civil guards took their hands and forced them out through a door to hand them over to the Moroccan police“The associations have warned.

If everything reported by the minors is confirmed, it would mean “a serious breach” of the procedure established in Spanish legislation for the repatriation of foreign minors and a “serious contempt” of the order given by the Contentious-Administrative Court number 1 of Ceuta, which, expressly, prohibits carrying out any action aimed at the repatriation of the minor plaintiffs, among which are the two minors now expelled.