A holy man known as a sadhu marks the Maha Shivaratri festival in Kathmandu, Nepal, where Hindus celebrate the birthday of Shiva and the most devoted stay up all night 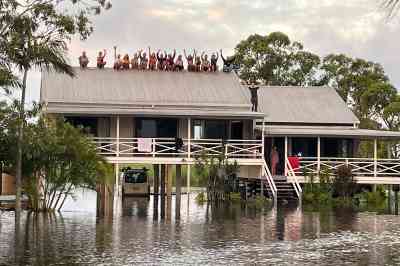 Australians on the Sunshine Coast of Queensland appeal for rescue from flooding that has killed at least ten people and put 300,000 on evacuation alert 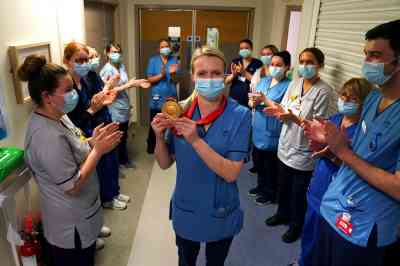 The Olympian curler Vicky Wright, 28, returns to work as a nurse at Forth Valley Royal Hospital in Falkirk after her team claimed Team GB’s only gold medal of the winter Games in Beijing 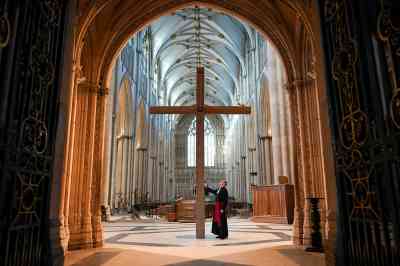 The Rev Canon Michael Smith, the acting dean of York, inspects the minster’s Easter and Lent cross, which is six meters high, after it is put in position 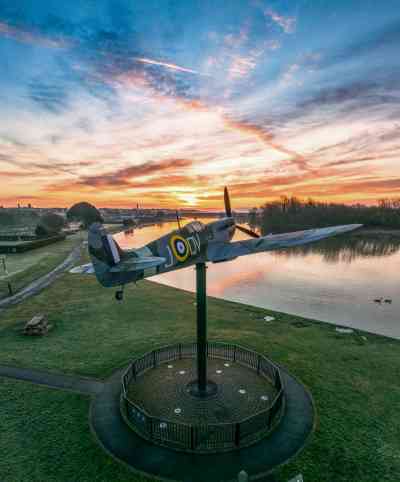 Sun rises over the Spitfire memorial at Fairhaven Lake in Lytham St Annes, a full-sized replica 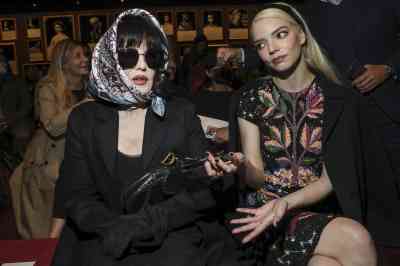 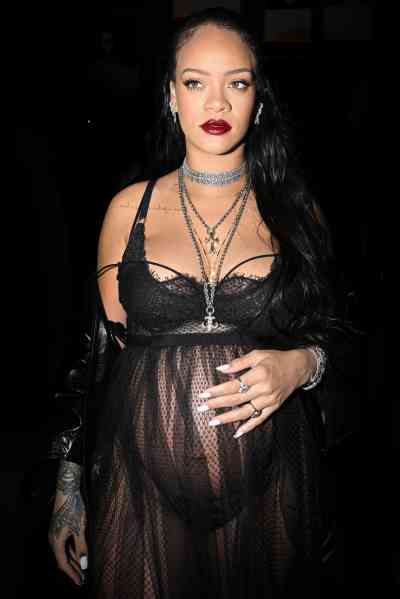 Rihanna, the singer turned fashion designer who is expecting her first child with the rapper A$AP Rocky, wears a sheer mesh negligee at the Dior show 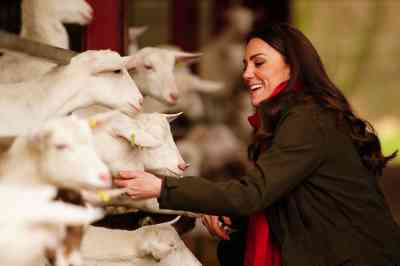 The Duchess of Cambridge gets acquainted with the residents of Pant Farm, near Abergavenny, during a visit with her husband to mark St David’s Day 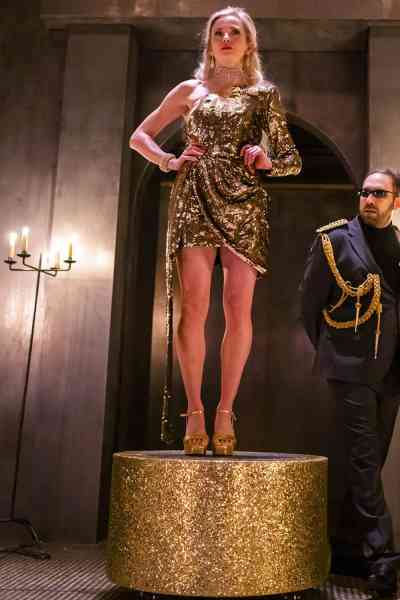 Sophie Melville and Ben Caplan are starring in The Merchant of Venice at Sam Wanamaker Playhouse, Shakespeare’s Globe, London, until April 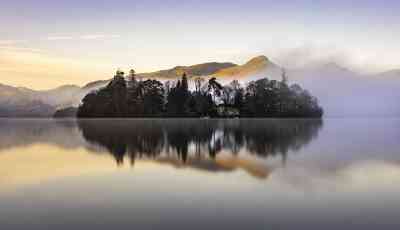 Low-lying fog surrounds Derwent Island in the Lake District, which through history was inhabited by monks, royalty and German miners before its present house was built in the 18th century 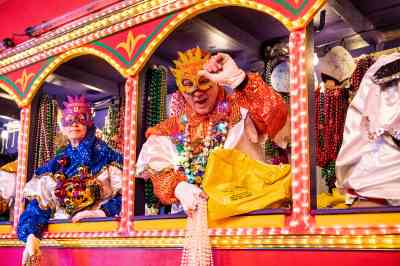 Mardi Gras gets back into full swing without pandemic restrictions and featuring the Krewe of Orpheus, whose riders have included Quentin Tarantino, Sandra Bullock and Stevie Wonder 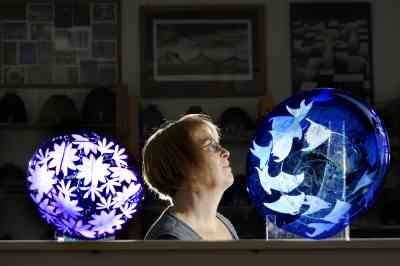 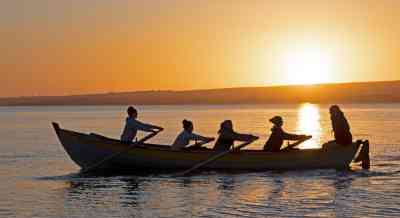 The Eastern Amateur Coastal Rowing Club set off at dawn on to the Firth of Forth, where the temperature was 3C. Today will be wet and overcast in England and Wales but there will be dry and sunny periods in Northern Ireland and Scotland, particularly further north 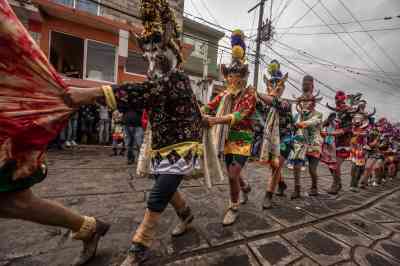 The Mexican town of Alto Tio Diego celebrates Afro-Mexican culture at a carnival where traditions were sown by slaves brought west by Spanish colonists. The slaves used wooden masks, typically of animals, to disguise themselves on their rare days off 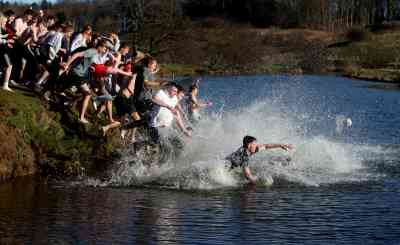 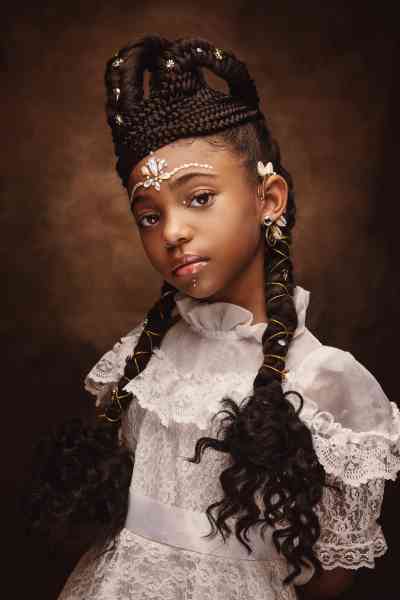 This imagined future of black hairstyles comes from the married photographers Regis and Kahran Bethencourt, whose new series of images honors Madam CJ Walker. Walker became the first female self-made millionaire in America in the 1910s by selling cosmetic and haircare products, largely for black women 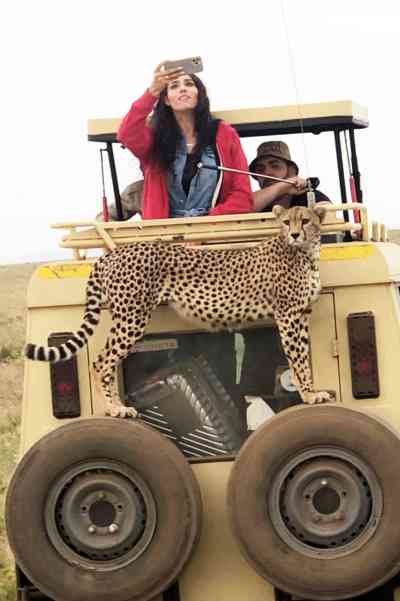 A cheetah hitches a ride with a safari vehicle in northern Tanzania, providing a treat for tourists who have no guarantee of such a sighting