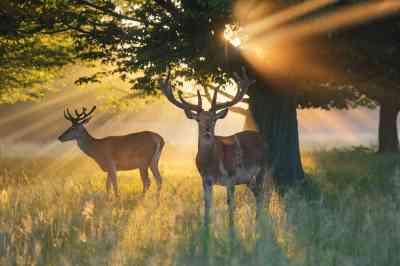 Sunrise in Richmond Park, southwest London. Red and fallow deer have roamed the park since the 17th century 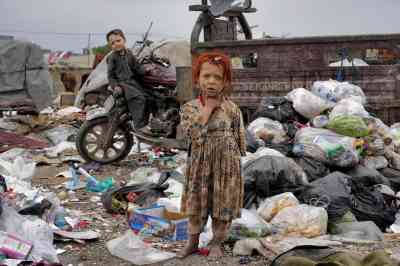 Two children near their home in Kabul. According to Unicef, almost 60 per cent of children in Afghanistan live in poverty 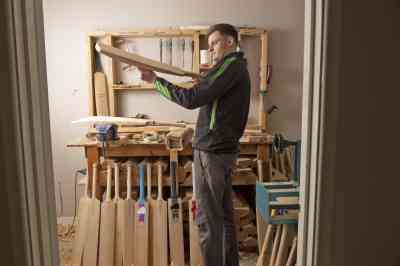 Harry Solomon, 28, started making cricket bats in his garage as a teenager and is now selling 2,000 a year through Wombat Cricket, his company in South Brent, Devon 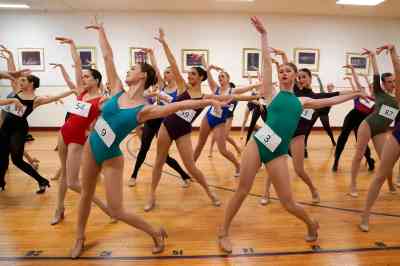 Dancers auditioning for a spot in the Rockettes for this year’s Christmas Spectacular show at Radio City, New York. It was canceled early last year because of Covid 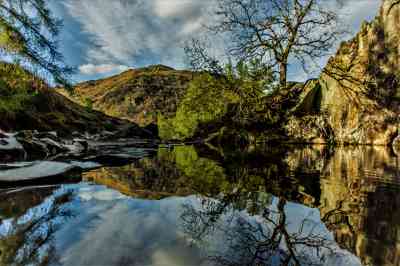 The view from Rydal cave in the Lake District. William Wordsworth owned a property in the nearby town of Rydal, which remained in the family’s possession until the 1930s 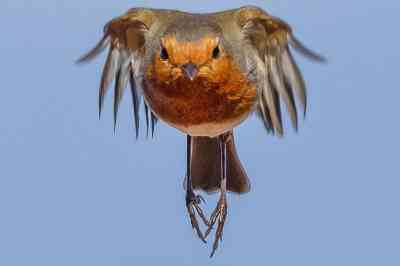 Martin Abbess captured a robin over his garden in Royston, Hertfordshire. The RSPB says the bird is the UK’s favorite 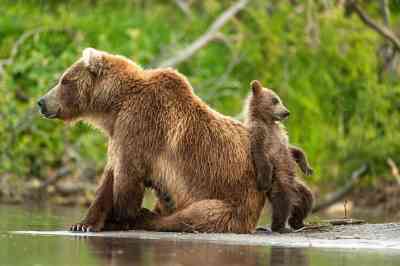 A mother and her cub wait for fish in Kamchatka, in Russia’s Far East 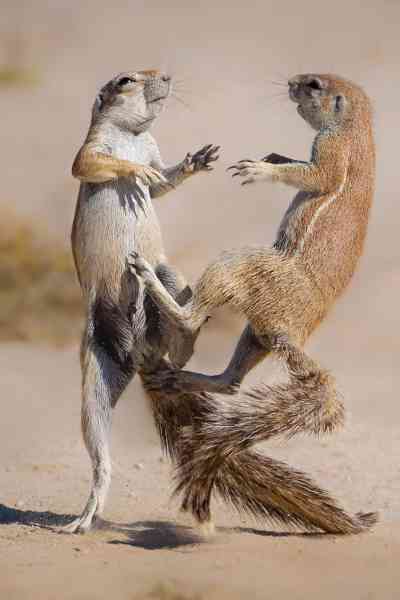 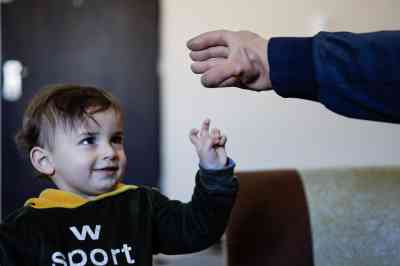 Ahmed Abu Hamda, 36, who lost his right hand in 2007 and was fitted with a prosthetic replacement, with his son at their home in Gaza Strip 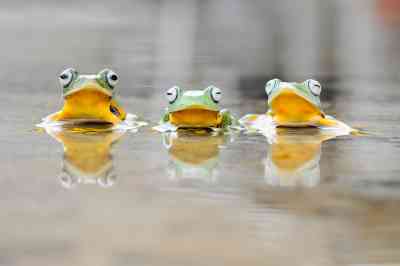 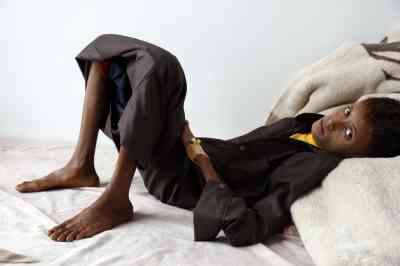 A 13-year-old boy being treated for malnutrition at the Sabeen Hospital, Yemen. The WHO is beginning a new program for the 18,000 children facing starvation in the country because of the eight-year civil war 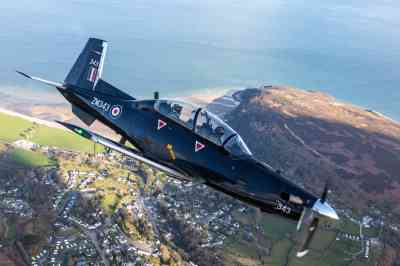 A Texan T1, used by the RAF to train frontline pilots, soars over RAF Valley, Anglesey, in one of the final stages of training 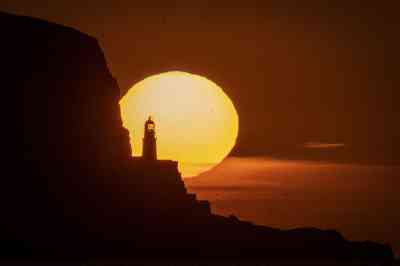 Sunrise behind the Bass Rock lighthouse, constructed in 1897 from the stones of a 13th-century keep, off the East Lothian coast in Scotland 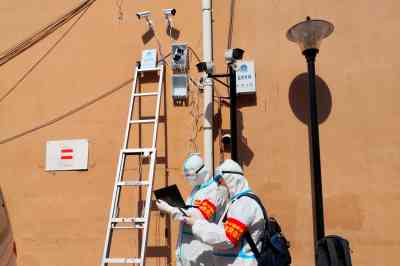 Workers set up surveillance cameras at a residential compound following Covid cases in Mudanjiang, a Chinese city of more than two million people near the Russian border in Manchuria 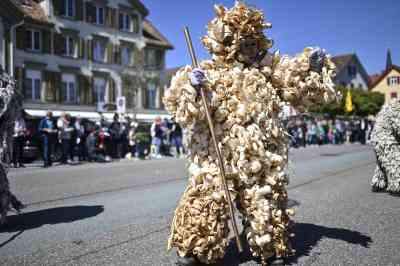 As part of the Easter festival in Oberriet, Switzerland, every five years a parade of “Gruenen” and “Duerren” (Greens and Leans) fight each other, to symbolize spring’s victory over winter 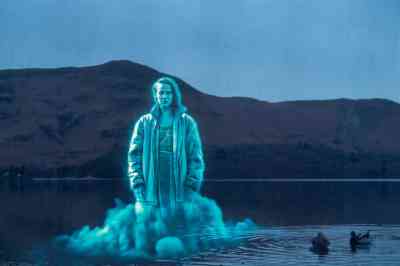 A ghostly hologram was projected over the Lake District to mark the launch of Sky television’s supernatural crime thriller, The Rising, on Friday 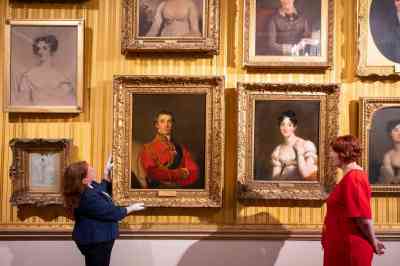 An exhibition entitled Wellington: Women and Friendship, which will explore the duke’s relationship with figures such as Marianne Patterson, pictured next to him, opens on Thursday at Apsley House, Wellington’s central London home 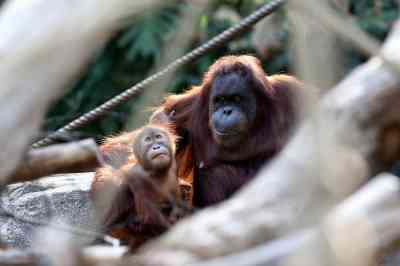 Bella, the world’s oldest orangutan, according to the Hagenbeck Zoo, in Hamburg, rests on her 61st birthday. In the wild they live on average to be around 40 to 50 years old 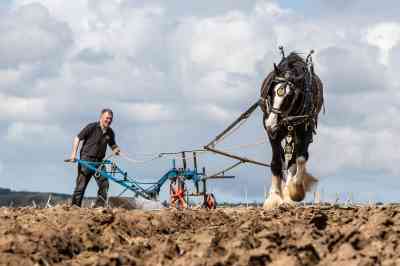 A shire horse is taught how to plow fields by John Fletcher at Plas Y Gwer Farm, Carmarthenshire 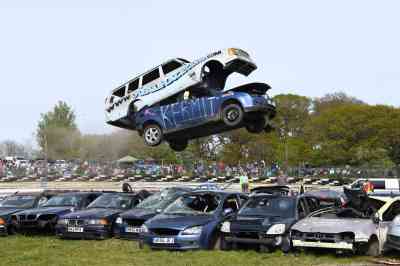 Harry James competes with a car shell attached to the top of his vehicle at the banger racing car jump spectacular at Angmering raceway in West Sussex. He was taken to hospital afterwards 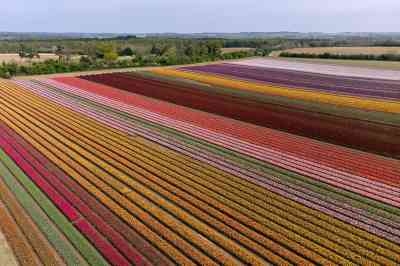 A field of tulips in full color near King’s Lynn, Norfolk, is open to the public, with funds going to the Norfolk Hospice Tapping House