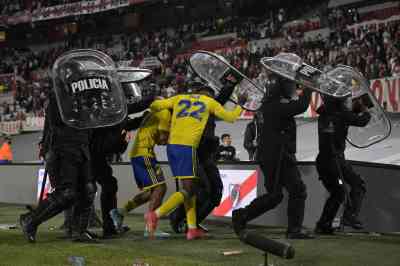 After scoring the only goal to secure victory in the Superclásico for Boca Juniors, Sebastian Villa (No 22) was escorted by police from the pitch at River Plate’s Monumental stadium in Buenos Aires, Agrentina, alongside team-mate Juan Ramirez 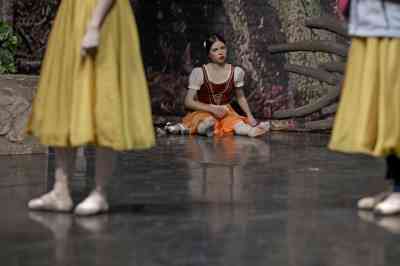 Bogdana Alekseeva take a brief pause as she prepares with other Ukrainian dancers displaced by the war to perform alongside their Romanian colleagues in the ballet Giselle at the National Opera, Bucharest, on Sunday 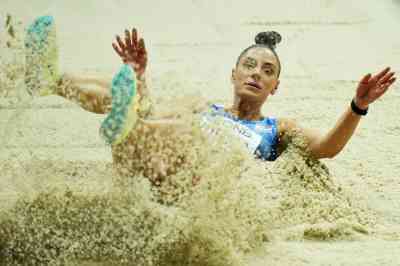 Ivana Vuleta gave the host nation something to celebrate as she leapt 7.06m to claim gold in the women’s long jump at the World Athletics Indoor Championships in Belgrade, Serbia 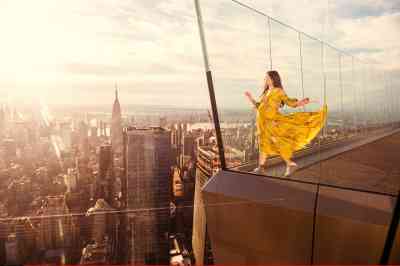 What better place to enjoy the sunrise on the first day of spring on Sunday than suspended 100 floors above Manhattan at The Edge observation deck at Hudson Yards, New York 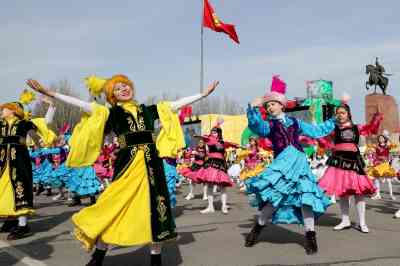 Traditional songs, music, sports and feasting mark the festival of Nooruz in Kyrgyzstan, including a performance by dancers in national costume yesterday in Bishkek, the capital city of the central Asian nation 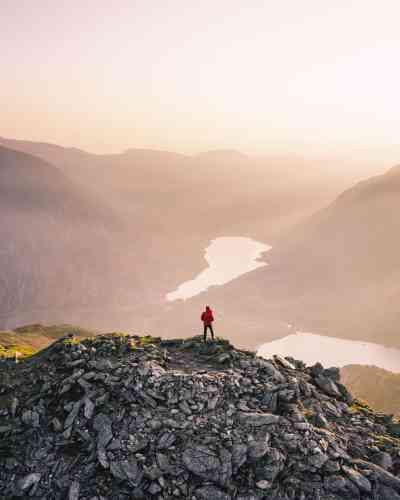 At Y Garn in Snowdonia, one of 15 summits above 3,000ft in Wales, Joe D’Ambra, a 28-year-old from Salford, demonstrates his skill in capturing captivating landscapes 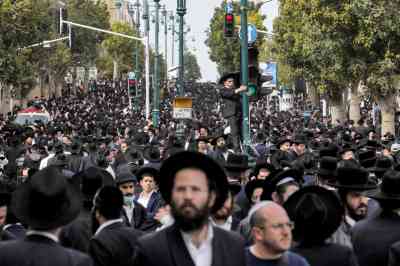 An estimated three quarters of a million ultra-Orthodox Jews on March 20 attended the funeral in the Israeli city of Bnei Brak near Tel Aviv, of Rabbi Chaim Kanievsky, who died last Friday aged 94 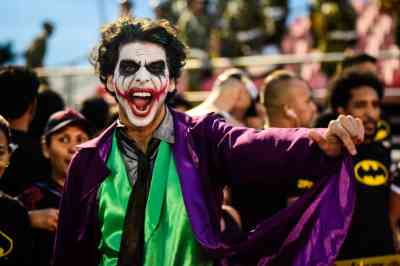 A family friendly Batman-themed running event in Cali, Colombia, attracted costumed competitors including this Joker. The event will also be staged in a number of other cities, including Berlin, London, Singapore, New York and Barcelona 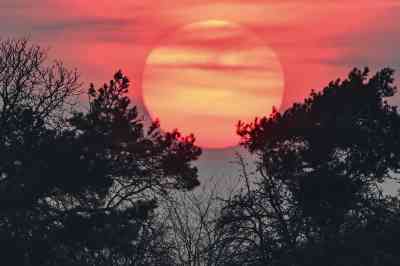 Sunset over the tree line in the Oder-Spree district in East Brandenburg, Germany 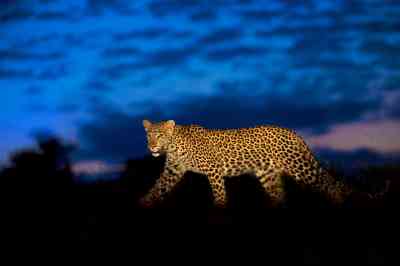 Declining leopard populations in South Africa are of growing concern for conservationists. The beauty of this big cat was dramatically captured as night fell at Zimanga private game reserve in Kwazulu Natal 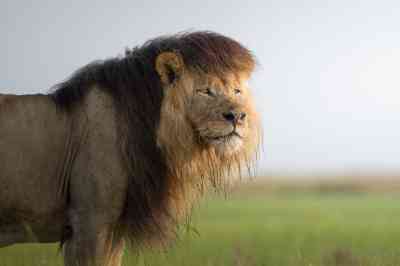 A fashionable fringe is the mane attraction for this lion spotted at Liuwa Plain National Park, Zambia 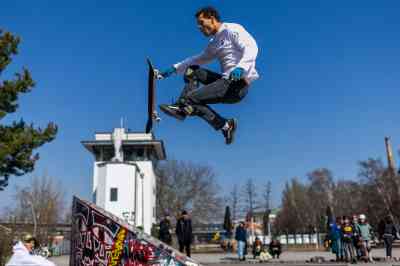 In his home city of Berlin, the skateboarder Mack McKelton shows off his love for the sport he took up aged 11 in the weekend sunshine at Gleisdreieck park 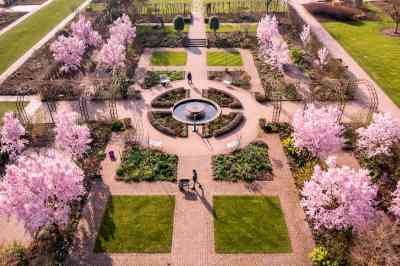 One of the surest signs of the arrival of spring is the display of cherry blossom, including here at the Cottage Garden at RHS Garden Wisley, Surrey, which is open to the public 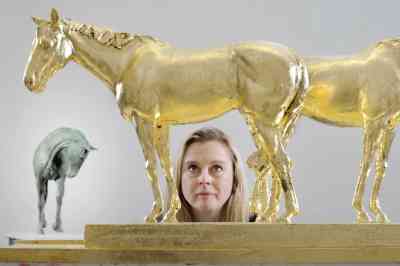 Frippy Jameson, who lives and works in the Scottish Borders, with some of her horse sculptures, which will be on show at the Borders Art Fair which opens in Kelso on Friday 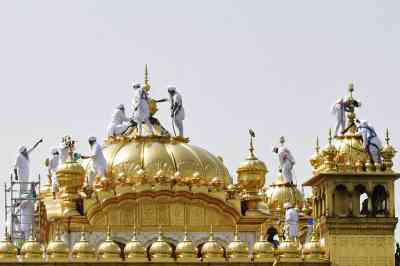 Volunteers from Guru Nanak Nishkam Sewak Jatha, a faith-based charity from Birmingham, set to work cleaning the gold plating of the Golden Temple in Amritsar, India, a central religious site for Sikhism 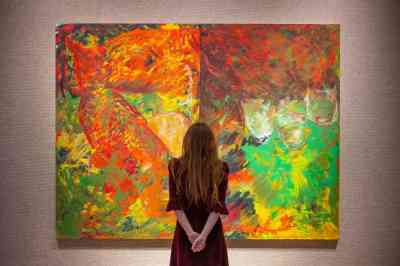