Tia the springer spaniel chases after the ball as her owner, Monika Burton, falls over in the background at Wells-next-the-Sea, Norfolk 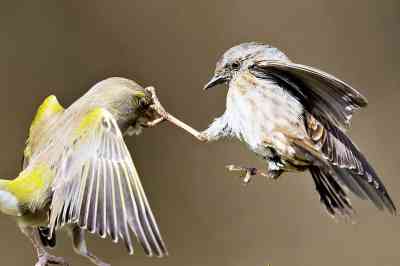 A dunnock scratches rakes its talons across the head of a greenfinch. Both birds, which are found in the UK, have wingspans of less than 30cm 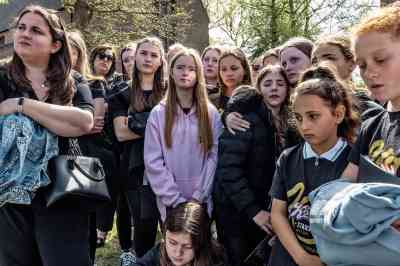 Fans mourn at the funeral of Tom Parker, a member of the boy band The Wanted, who died aged 33 after being diagnosed with a brain tumor 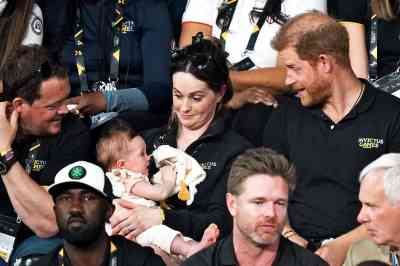 Prince Harry attends the Indoor Rowing competition at the Invictus Game at Zuiderpark, The Hague 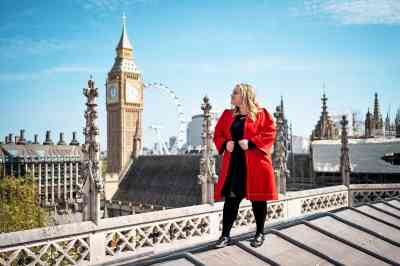 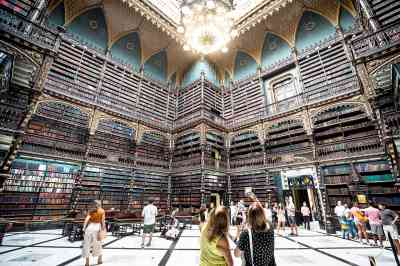 The Royal Portuguese Cabinet of Reading in Rio De Janeiro, Brazil, holds more than 350,000 books and is built in the Neo-Manueline style 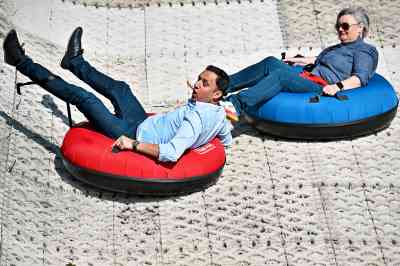 Anas Sarwar, the Scottish Labor leader, and Lillian Jones, a local Labor candidate, visited a dry ski slope in Newmilns, East Ayrshire. All of Scotland’s 1,219 council seats will be up for grabs in the upcoming local elections on May 5 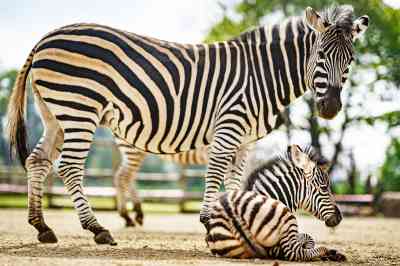 A five-day-old zebra foal remains at the Wild Place Project in Bristol. Its stripes currently have a brown tinge but will darken with time 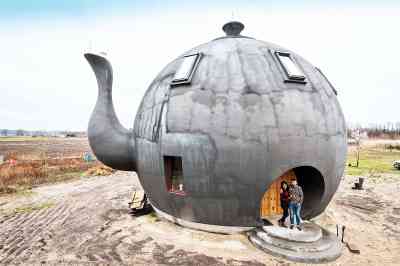 Macief Chesiak, a Polish artist, fulfilled his dreams by building a house in the shape of a teapot in the village of Makowiska 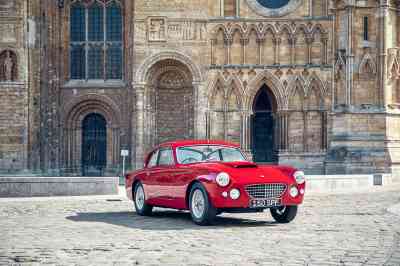 A restored AC Greyhound is set to be sold at Sywell Aerodrome on May 28, after being found in the current owner’s late father-in-laws garage. Only 83 of the cars were ever made 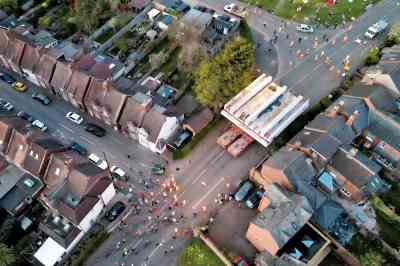 Part of the replacement for the Rugby Road bridge is driven through Leamington Spa. The work is part of a £2.4 million investment in improving transport links between the town and Nuneaton 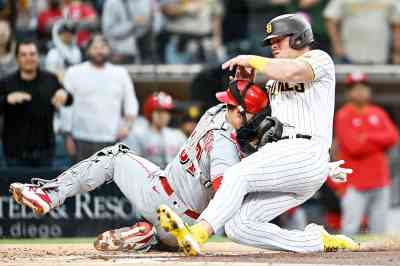 The San Diego Padre’s Luke Voit, right, has been criticized by the manager of the Cincinnati Reds after his “dirty” slide left Tyler Stephenson, left, with a concussion 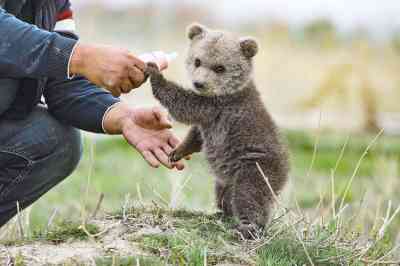 The bear cub Hakvan has to be fed every three hours with bottled milk, as it has become separated from its mother in Turkey 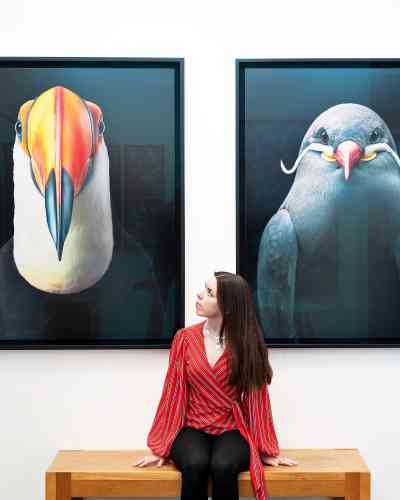 The London Art Fair, which incorporates more than 100 galleries and artists, including work by Tim Flach, pictured above, begins today and will run until Sunday 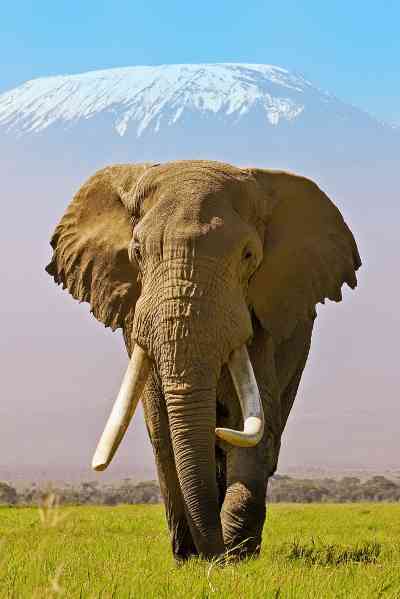 An elephant enjoys the sun against the backdrop of Mount Kilimanjaro, a dormant volcano in Tanzania 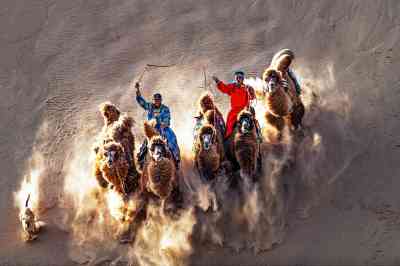 Two farmers, a father and son, ride camels down ten-meter tall dunes at speeds of up to 25 mph near the city of Tongliao in Inner Mongolia, a region of northern China 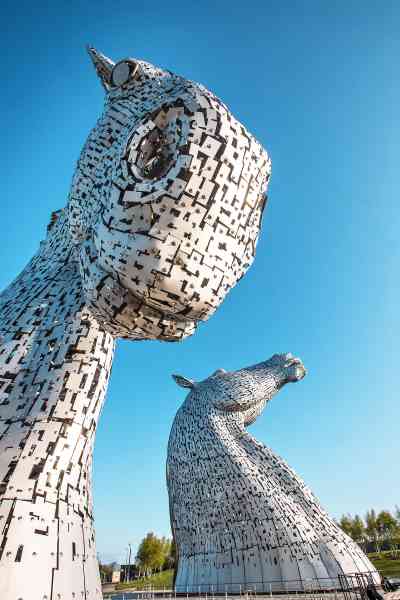 At almost 100ft tall, the Kelpies are the world’s largest equine sculptures, and can be found in Helix Park in Falkirk. They were designed by Andy Scott 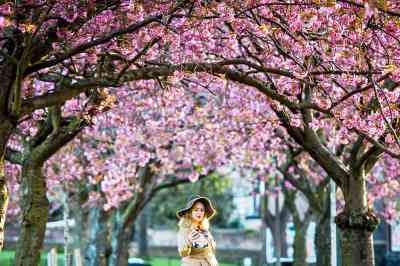 Cherry blossom have come into bloom in The Meadows, a public park in Edinburgh 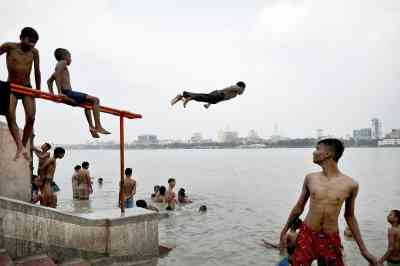 People cool off in the Ganges River in Kolkata, India. The pre-monsoon season begins in March in eastern India and temperatures can range up to 45C